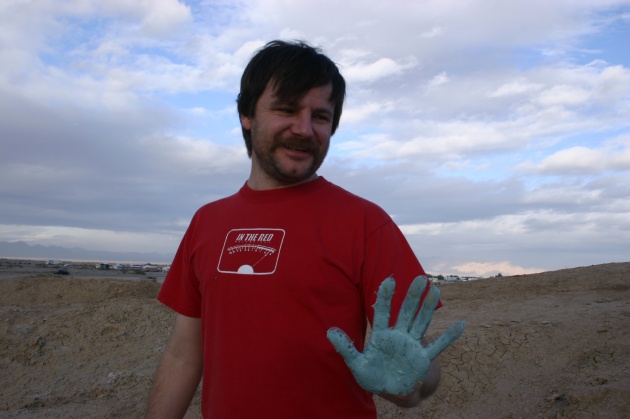 "Festivals and online work well together, and in both cases you have to find a festival or website that you connect with and trust their taste. People will watch a short film more than once, like a great song that you listen to over and over and share with friends. Or an important news item that you share, or a beautiful photograph…" - Mike Plante

I met Mike Plante in July when I attended Sundance Institute's ShortsLab, an all-day workshop where filmmakers get to watch panel discussions on filmmaking, storytelling, working with actors, and collaborating with crew members amongst other topics. Mike was the first speaker at the event as he was one of the organizers. His extensive knowledge and enthusiasm about short films were immediately apparent.

Whether you're a filmmaker, an industry professional, or a film lover, there's plenty of information here that you've been curious about. What makes a good short film and what kind of film might get you into Sundance Film Festival?  Are short films simply your ticket to making features or can you make a viable career out of them? So, read on...

It seems like there are more film festivals today than ever. What makes Sundance one of the most desired events for filmmakers to display their short films? In other words, what's the key to Sundance's consistent success and popularity in your opinion?

Besides a very few exceptions, film festivals are the only theatrical distribution opportunity for a short film, so the more the merrier. I think what distinguishes us at Sundance is that we are lucky enough to have great audiences for shorts, plus we put a lot of time and effort into the projection and sound so the packed screenings are a great experience. Our Festival has a strong history of combining film fans with press and industry, so it’s a huge opportunity for shorts filmmakers to connect with other filmmakers, cast and crew, and possible agents, managers and producers.

As a short film programmer with over a decade of experience, what do you think makes a good short film? Or what makes you say, "We can show this at Sundance"?

To speak in general terms, it’s about a film “working” for an audience. If it’s supposed to be a comedy, we need to actually laugh. If it’s a drama, it needs to make you feel an emotion. And so on with genres. Documentaries work in the same way with emotions and laughs and worthy stories. Experimental films are only part technical brilliance, you need to get some emotions from it too. Production quality is good to have, but it’s more important to have a great story that’s told in a new way.

Many filmmakers see shorts as their "ticket" into the industry or a stepping stone towards making a feature. Why do you think people fail to appreciate the short medium as its own art form? Is it about accessibility, how the industry works, or how films are distributed? Do you think shorts can have their own "industry?"

Certainly, there are some filmmakers who make a short film as a way of getting into making a feature. It’s a great way to prove your ability not just to others but also to yourself. And in my experience, there are just as many (if not more) filmmakers who appreciate short film as its own art form and continue working with it. Our short film program each year usually includes work by directors who have made features in the past, and keep making short films.

Though there is less money involved in the short film industry than with features, short films do get sales to European television, to some online companies, and in some educational markets. Plus if you are a filmmaker with a vibrant shorts career, your value goes up – in work as a teacher, as a writer, if you try to get into TV work, etc.

In addition to your programming background, you also started a film distribution company, Cinemad. As a distributor, where do you see the future of short films? Theaters? Festivals? Online film distribution? Will one of these top the others, or will it be all of the above? Any other possibilities?

Festivals are the best way to see a film. The programs are curated, there’s the excitement of an event, and you have all the glory of a theater screening… And online can be a great companion piece. Festivals and online work well together, and in both cases you have to find a festival or website that you connect with and trust their taste. People will watch a short film more than once, like a great song that you listen to over and over and share with friends. Or an important news item that you share, or a beautiful photograph…

Can you talk about Sundance's ShortsLab program? How do filmmakers benefit from it? Are you thinking about launching a shorts workshop where selected filmmakers work on developing their films just like the Sundance Screenwriting Lab?

ShortsLab is a single-day event full of panel discussions about filmmaking, emphasizing the short form. The attendees get to hear honest advice from seasoned filmmakers with no filter. And there’s a lot of time for taking direct questions from the crowd. It’s a great opportunity for filmmakers just starting out. We also talk about how Sundance works with shorts and the kinds of success and miscues we see. We think this is the best kind of program we can offer shorts filmmakers, and we host them in multiple cities a few times a year.

Another program we do is the Sundance Film Festival Shorts Program that tours to art houses around the country. We are bringing a 90 minute selection of shorts from our most recent Festival to over 50 cities in the US, so a variety of audiences can see a sample of what our Festival program is like.

For a more extensive write-up on Sundance ShortsLab, you can read my blog "Sundance in Brooklyn - An All-Day Event for Short Film Development, Production, and Distribution."