Sundance in Brooklyn - An All-Day Event for Short Film Development, Production, and Distribution

This past Sunday, I attended the Short Film Lab organized by Sundance Film Festival and Sundace Institute. I was there not only as a short film distributor/financier but also as a filmmaker who is developing a short film. So every piece of information was vital for me. The ShortsLab was an all-day event, and it was put together by Short Film Programmers, Mike Plante and Emily Doe, and Becca Katz, Assistant to Director of Programming. On a sweltering hot New York City Sunday, it was nice to be inside the beautiful (and air conditioned) BAM building and learn from some of the most talented and perhaps the luckiest filmmakers working today.

The event took off with an introduction by Mike and Emily, where participants got to ask all the questions they've always wanted to ask about getting their film into Sundance. How many films get submitted, how many get picked and screened, what's the ideal duration for a short, what about exclusivity and having it online first, etc. It was a much-needed Q&A session.

The introduction was followed by a panel on short film development moderated by producer Howard Gertler (Wet Hot American Summer, Shortbus, World’s Greatest Dad). The panelist was Craig Zobel whose debut feature GREAT WORLD OF SOUND, premiered at Sundance and SXSW in 2007. Zobel's second film, COMPLIANCE, also premiered at Sundance in 2012 and won a Special Jury Prize at the Locarno International Film Festival. Both films have received several other prestigious awards that I'll avoid listing here for the sake of keeping this blog concise and to the point. During the Q&A, I asked Craig whether developing a relationship between characters was more difficult to achieve in a short compared to a feature. His answer was a definite yes. In case you're a filmmaker reading this and having a hard time taking your characters from point A to point C, take Craig's advice and begin your film with a scene in which the characters appear to have an already-established relationship rather than, say, have them meet in an elevator. Basically start the movie when the characters are already knee-deep in their mess. Another great advice Craig gave was to ask these 3 questions:

What are the characters doing?

What are the characters saying?

What are other people saying about these characters?

The following panels were about the collaboration process in filmmaking and working with actors. Notable panelists were present, including Producer Mike S. Ryan (JUNEBUG, PALINDROMES, OLD JOY, THE TURIN HORSE), Cinematographer Jody Lee Lipes (GIRLS, MARTHA MARCY MAY MARLENE, TINY FURNITURE, AFTERSCHOOL), Editor Melody London (STRANGER THAN PARADISE, DOWN BY LAW, MYSTERY TRAIN), and Alex Karpovsky (GIRLS, TINY FURNITURE, THE HOLE STORY) amongst others. In the first panel about collaboration, Mike Ryan stressed that films, which are made with group decision, suck. And the films with a real voice are made by those who go with their guts and don't try to please everybody. In the second panel, Alex Karpovsky told us to never shoot the first scene of our movies FIRST. With all the nervousness and the fact of not-knowing-what-you're-doing, you're more likely to mess up, and you don't want your first scene to be terrible. So shoot it later on when you get more confident and the characters are more comfortable with each other, if you can.

Last but not least, up and coming filmmakers Eliza Hittman, who is one of my new favorite writer/directors, Rashaad Ernesto Green, and Cutter Hodierne, were the panelists for a panel called Shorts to Features. These first time feature filmmakers talked about their experiences, the challenges they faced, and the gratification that came with never giving up. Even though these filmmakers have completely different styles and they tell very different stories, they were equally energetic and passionate, which was a huge inspiration for me. When I asked, "When is the right time to stop re-writing your script and just go and make your film?", they all responded by saying that it's important to make your film without waiting for too long and asking other people's feedback. Because at the end of the day, it's you who's telling the story, and if you keep asking people for their feedback, you'll never stop re-writing and eventually lose the story you want to tell.

Cutter Hodierne had an interesting idea on crowdfunding. He suggested that instead of begging people for money, which is what you do on KickStarter and IndieGoGo, one should make the contributors shareholders of the film. This way, they're more likely to promote a film on social media, which they're a part of financially. I think pretty much everyone would prefer to own a percentage of a film with the hope that it will do well, rather than getting its poster as a gift... 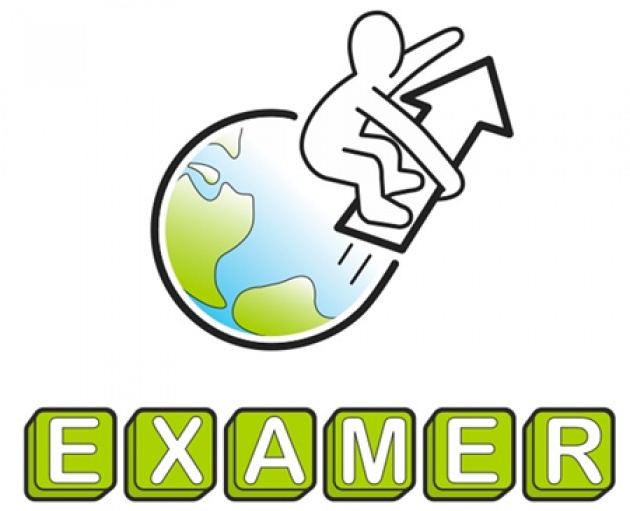 After a great day of receiving a ton of useful advice from filmmakers who seemed absolutely sincere and down to earth, getting inspired, and meeting with Mike, Emily, and Becca, I felt excited and motivated about not only developing my own film, but also inspiring other women with the films shown at Sundance. As some of you already know, Film Annex is empowering women in developing countries, starting from Afghanistan, with its Women's Annex Initiative and Examer Film Project. Our goal is to create a collaboration between our filmmakers and young students in Afghanistan who want to be storytellers. Moreover, we're rewarding them financially for their films and scripts via Examer. Inspiring them with short films that screened at Sundance Film Festival would be incredible. I'm excited to explore a possible collaboration with them.

Most importantly, I suggest all aspiring filmmakers who are about to make their first short films to give this lab a try next year. It was an extremely valuable experience for me, and I'm sure that no matter what part of the film industry you're in, you'll get a lot out of it just like I did.