Surprising Facts and Figures We May Not Know About McDonald's 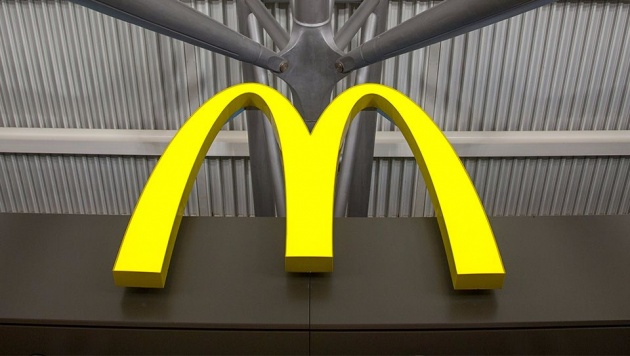 Since I am still at a lost on what to write after the success (I call it success since I got 4 stars not 3 haha) of my two previous blogs related to restaurants, one of Querlo chat topics that is eligible for an extra buzz bonus, I decided to write one more time with same topic (although I can't promise this would be the last since I enjoyed writing about those yummy foods, I might write about Subway Restaurant and the like), but this time it will be about an American hamburger and fast food, one of the world’s largest chain of restaurants, McDonald’s. 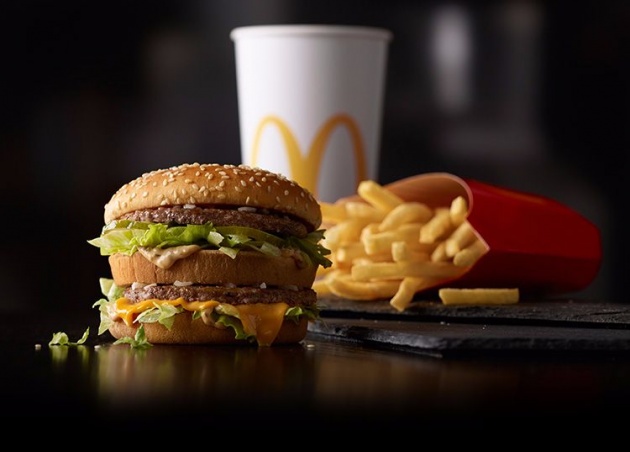 McDonald’s started in 1940 as a barbeque restaurant in San Bernardino, California.  The barbecue restaurant was owned by brothers Richard and Maurice McDonald, knowing about who started McDonald's will give us idea where the name McDonald’s came from.  Yes, the world renowned restaurant, famous of their hambugers and a lot more yummy and delicious products, is named after its founder.

Now, unlike Jollibee which originally came from Philippines and being brought to some other part of the world like Canada and the US, McDonald’s is originated in the US and now with more or less 36,900 outlets in over 100 countries all over the world. 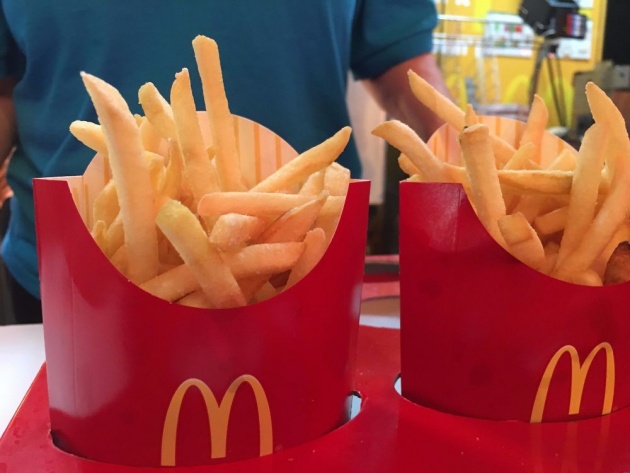 McDonald's starts with their few branches without the stunning golden arch and the first ever McDonald's with the golden arches (symbol of McDonald's) was opened in Phoenix, Arizona in March 1953.  Two years after, the first franchised restaurant was opened in Illinois, it was the ninth branch overall, however, this branch was being shattered in 1984 after being renovated many times.  Anyway, Ray Kroc, was the businessman who owned the first franchise restaurant of McDonald’s, later on he purchased the McDonald’s brother’s share in the company and that was the start of McDonald’s worldwide expansion. 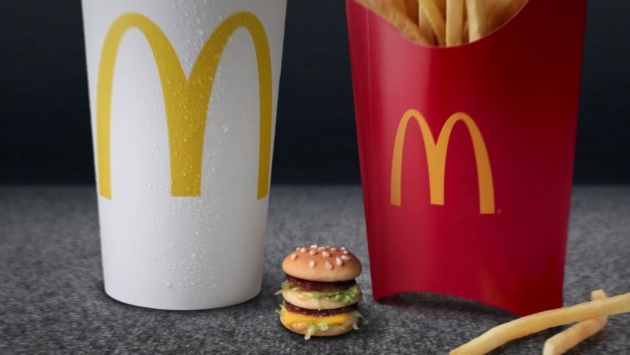 Kroc and the McDonald brothers feuded over control of the business, as documented in Kroc's autobiography. The San Bernardino restaurant was demolished in 1976 and the site was sold to the Juan Pollo restaurant chain. This area now serves as headquarters for the Juan Pollo chain, as well as a McDonald's and Route 66 museum. With the expansion of McDonald's into many international markets, the company has become a symbol of globalization and the spread of the American way of life. Its prominence has also made it a frequent topic of public debates about obesity, corporate ethics, and consumer responsibility. - Wikipedia 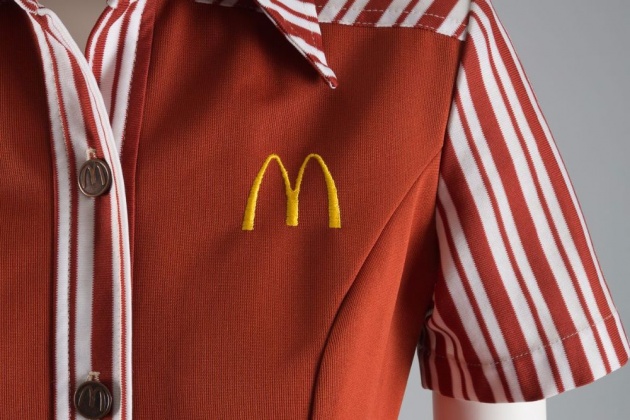 Facts and figures we may not know about McDonalds

As I continue with my readings about McDonald's I get to know a lot of amazing facts and figures about it that truly, I never know before.  Such that when I shared some of them to my colleagues they were also astonished.  So let's go check those one by one:

❷ By 1993, McDonald's had sold more than 100 billion hamburgers – That’s a huge number and I wonder how many hamburgers are sold up to this time? 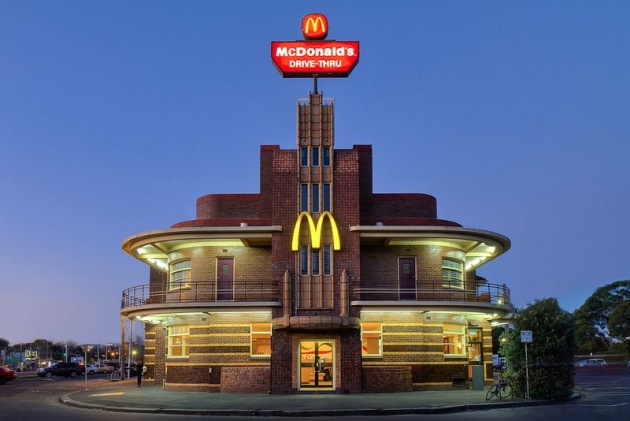 ❸ McDonalds' Caesar salad is more fattening than their hamburger – If you look at their salad, you would think it’s actually healthier than hamburger but you’re wrong.  So you better eat hamburgers at McDonalds than Caesars salad if you want to become less fat, haha.

❹ McDonald's restaurants are found in 120 countries and territories around the world. - I think I need to know what particular county/countries MCDonald's were not able to penetrate yet.  But I am pretty sure that for all of us here on bitLanders, McDonald's are present in our respective countries. 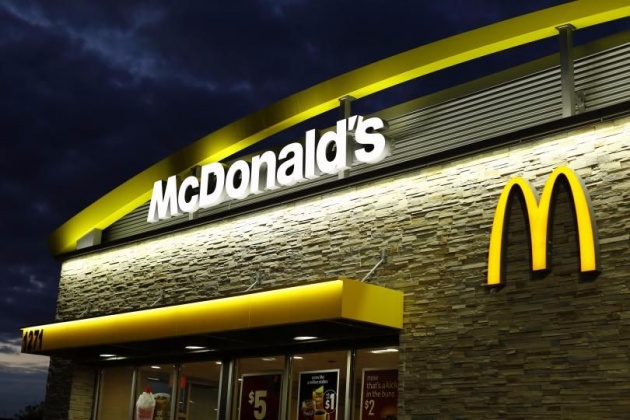 ❼ Over 80,000 people graduated from McDonald's Hamburger University in Illinois, Chicago with a Bachelor's degree in Hamburgerology – Sounds funny for me, I never heard about such degree in my entire life. This is indeed a very remarkable fact about McDonald’s.  I just knew it!

❽ People who cannot afford to live in a house in Hong Kong and Japan take advantage of McDonalds' "doors are always open" policy and live in their restaurants. They are known as "McRefugees." – This one is so hilarious, I can’t imagine living in a food chain restaurant, which means taking a bath in their comfort rooms? LOL!  But maybe it's true, I mean it's really possible for a 24 hour restaurants like McDonald's to be flooded with homeless people. 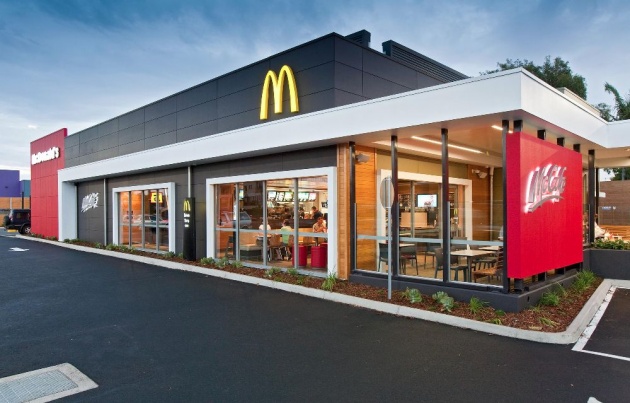 Some other interesting facts about McDonald’s:

❤ New McDonald’s branch is opened every 14.5 hours.  This is really unbelievable, LOL

❤ There are currently a total of 5,669 company-owned locations and 31,230 franchised locations.

❤ McDonald's' golden arches are recognized by more people than the cross.

❤ The Queen of England owns a McDonald's near Buckingham Palace.

❤ McDonald's makes about US$75 million per day.

❤ Actually McDonald's is not the world's largest restaurant chain. Subway is.

❤ In France, Germany, Austria, Spain and the Netherlands they serve beer in McDonald's. 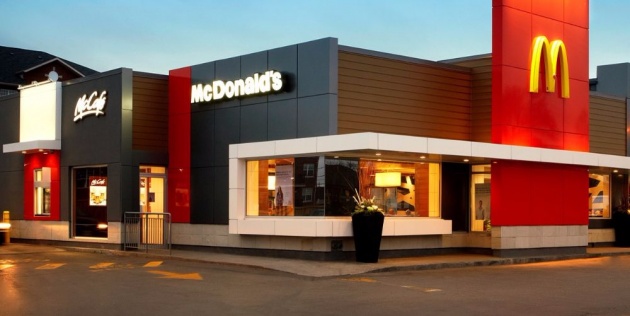 So how do you find those things mentioned above?  For me I am delighted to have been able to know those significant things about McDonald's, the restaurant once I made as my study place together with few of my classmates back in Law school.

Anyhow I know I need to know more about McDonald's and I believe there's still a lot to learn about this remarkable company, perhaps I will write about it again in the future, writing is my way of learning since it's in writing that I get to really research and read more articles relating to the topic thus providing me addtional knowledge.  Click HERE to learn more about McDonald's. 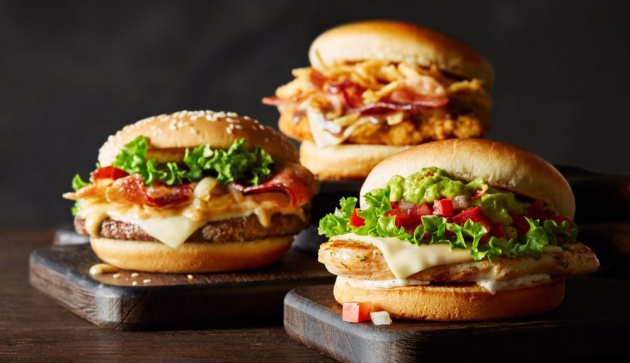 Until next time folks I hope you enjoy this simple but yummy blog!

If you want to read about my previous blog related to this topic, please click here.

And to know more about the products of McDonald's, watch the video below: