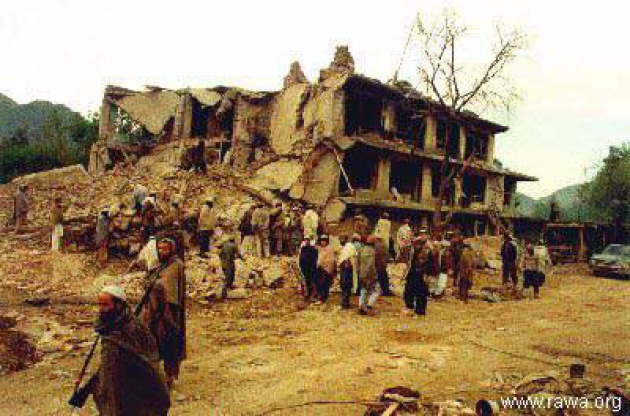 There are lots of other despotic situations, but better to mention about the Taliban regime, as well. When they took the control of Afghanistan, they were not only killing innocent people based on the wrong reports, but they had created an inequality space among individuals in Afghanistan. For example, they were preferring men than women. At all they had no attention for Afghan women.

As the international community entered Afghanistan, democracy itself came to Afghanistan. People went the voting centers and voted for that candidate who was not involved in mass killing of innocent Afghan individuals. Thus, they now enjoy freedom of express, freedom of criticism, and other necessary human rights.

Even Afghan women empower themselves today. For instance, Roya Mahboob who was listed in Time Magazine's 100 most influential people of the world has caused huge changes in Afghanistan. For example, she connected more than 30000 female students with one another only in Herat, Afghanistan through building free internet classes for them. He company (Afghan Citadel Software Company) taught Afghan female students to learn how to use from the social networks, such as Face book, Film Annex, Twitter, and etc.

Now that Afghan women empower one another in different fields, the sense of philanthropy is most promising amongst all Afghan individuals. It would make Afghan people even more united.