Sutpa:Why and how they were built?

-As we all know Buddhism  has lots of follwers  all over the world . It emerged out of older traditions which include Hinduism  and Jainism. Under Buddhist faith, there are many places, practices and structures which are considered sacred all over the world. Some examples are :Bodhi tree(tree under sitting  which Buddha had attained enlightment), Ajanta caves( caves where Buddhist monks use to live and pray) and last but not the least is  the sacred structure that is found all over the world :stupa.

What is a stupa?

- A stupa is a semi-circular mound which as mentioned above is popular  structure all over the world . Initially it was a semi circular mound of earth which gradually evolved as a complex structure and started including the following structures with time:

2.Harmika:A balcony like structure considered to be an abode of gods.

Why were stupas built?

Since it is believed that stupas consisted of the relics of Buddha that is his bodily remains  or objects used by him in his everyday life that is why stupas were regarded as sacred structures. The tradiction of erecting stupa might have been present much before the evolution of Buddhsim, still stupa  is regarded as sacred and an emblem of both the Buddha and Buddhism. According to a Buddhist text known as Ashokvadana , Ashoka distributed portions of Buddha's relics to every important town and ordered the construction of stupas over them .

How were stupas built?

Some of the most popular stupas are : The great stupa-Sanchi stupa, Bharhit stupa,Amravati stupa, Sarnath stupa etc.

CREDIT : The picture of the stupa is taken by a website on google. 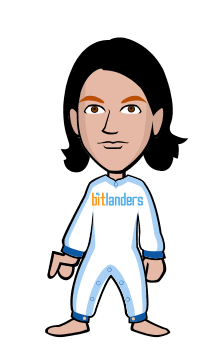 Some inspirational words for this lovely Sunday morning: "May all creatures, all breathing things,a…

One of my favorite websites for learning about Buddhism is http://what-buddha-said.net/ If you are i…