Hi, Everyone!
Hope you all doing well too and earning well here, Finally, I have too started working here by submitting my first blog, I hope for the good review. The topic I have chosen to write is about my one of the most favorite place where I want to visit. I hope you will find my blog interesting and informative and like it. Let's start.

Switzerland is known as "Piece Of Heaven" because it is a federated country which is mountainous western and central European. It is divided into Swiss_Plateau, Alps, and Jura_Mountains. It is known as “ConfoederationHalvetica” confederation stands for confederation and Helvetica word comes from Halvetier basically it’s the name of the people who lived in the area which now became known as Switzerland. Its flag look is a white cross on the red back. The cross represents the white cross as Jesus was put on, and the red color shows as his blood. Each arm of the cross is same in size. The Bern city is the capital of Switzerland which is also called the Canton_of_Bern. The total area of Switzerland is approximately half covered with Scotland. Further, Switzerland does not use the Euro as their currency because the official currency of Switzerland is the Swiss_franc.

The Significance Of Language In Switzerland:

Switzerland has four official languages which are, French_language, German_language, Italian_language, and. Romansh_language.Though English is not the official language in Switzerland many people over there speak in English because it is an international language. Majority of bachelors programs in Switzerland universities are taught in German, French or Italian but there is also a number of world-renowned universities that offer programs in the English_language specifically designed for international students.

And What Is The Culture To You?

Culture is not only about the Food or Languages or the Dress Up people follow a trend but it is also a social behavior of a particular people or society. Did you have any idea what’s the culture of Switzerland is? It is the “Recycling”. Recycling is a culture for Switzerland they tend to follow. In waste management, they are the champions. Not only had this, in fact, but they also have their cultural values included cleanliness, punctuality, tolerance, responsibility and hard work. Chewing gums or cleaning fingernails in public is examined rude in Switzerland. Swiss people are proud of their neutrality as they promote peace.

Further, a small present as Chocolate or Flowers should be given to host when invited to their house for dinners. Moreover, the Swiss like to use family names instead of first name when greeting and handshake are a formal way of greeting and also expecting when leaving. They celebrate Sunday as the holiday which is also considered as a family day in Switzerland. In Switzerland, there are four languages in which Swiss people say Hello, Thank you and Goodbye to each other.

"Some Famous Places To Travel In Switzerland"

Urdensee Lake is my one of the favorite lake in Switzerland because of its color, its surrounding and its calmness. Everything is just perfect about this lake. And the most amazing part about this lake is that Älplisee and Urdensee lake both can be admired on the same timing when you are on the hiking trail. When you take the cable car to consider hiking 30 minutes down to Urdensee if you want to see the Alplisee too. Everything in Switzerland is well marked if you follow the signs.

The Kulm Hotel is the highest hotel in Europe above Zermatt which boasts a great view of the famous mountain named Matterhorn in Switzerland. The scenery in Zermatt with its Matterhorn mountain is tremendous. There is so much to see about Zermatt that you need at least two to three days to discover the beauty of Zermatt. There are panorama views in all directions there.

The Matterhorn is the iconic pointed peak, one of the Highest Mountain in the Alps. Thousands of experienced climbers came here each summer as Switzerland is already famous for hiking and skiing. That is even why Zermatt is one of the most beautiful places to visit in Switzerland. The glimpse of the Matterhorn silhouette is rightly famous which you can see from certain angles within the town. When it’s a sunny day the peak is clearly visible, other days Matterhorn covers itself with clouds, which makes sighting even more majestic when it happens. The mountains of Swiss are not only for hiking but also used as for entertainments as you can play golf too. Matterhorn Golf Mountain is the highest 18 holes golf course in Europe located in upper matter valley between trash and rada, framed by Switzerland's highest mountains.

Europe’s largest alpine lake in the city of Geneva which is called the “Capital of Peace”. The Lake_Geneva beauty is covered through the promenades, parks, and gardens surrounded by the lake. And the steamboat ride on Lake Geneva is the most worth able thing to do there. A traditional steamboat ride on Geneva is also called lac leman. It’s the most popular thing to do in Geneva. If you have a Swiss travel pass the free ride should be included in your trip.

"Some Famous Foods And Restaurants Of Switzerland"

Fondue served traditionally in a communal pot on a portable stove known as National Swiss Dish. The Swiss people are mostly obsessed with cheese and fondue is in a form of melted cheese. Cheese is the main star of Fondue and it goes even without saying it. Other ingredients like kirsch, garlic, wine, cornstarch, and other seasonings are also included in Fondue. The best consumption of it is with bread and vegetables. This dish created community feeling among people of Swiss. So people prefer to eat it in a group mostly in snack time.

Rösti is commonly taken in breakfast it is invented by farmers of Canton of Bern. Rosti are crispy, crunchy goodies. Made with lots and lots of Potatoes. In iron skillet grated potatoes are fried in oil or in Butter, seasoned with salt and pepper. And then on top presented with a fried egg. It is up to the people they can ask to add up a bit of creamy sauce for an extra bit of richness. if you are a lover of veggie rosti is a wonderful option as it’s the favorite dish among the Swiss so you will easily find in Switzerland almost in every corner.

Silserli-swiss-pretzel-rolls is commonly known as pretzels, it is made with the white dough a type of small pastries. These loaves of bread are easily found in every Swiss bakery. Swiss people usually enjoy it and prefer it with the pasta dish, you can ladle it with raclette and dip it in fondue as well. Or just can stuff it with meat.  They are light and fluffy and easy to carry, it is quite amazing on its own.

It is very convenient to take along for a long distance travel. If you are looking for a cheap option, extremely hungry and as well as in a hurry just pack these and munch them on your way.

Either it’s a business lunch or a family dinner, the Kindli_(hotel) provides an elegant environment. Set in a historic salon, the white tablecloths, light and aired conditioner else decorated in muted colors with classy wooden furniture. The food is expected accordingly to the interior such as top quality and understated and timeless good taste.

Hato is the restaurant with serves Asian Cuisine in the Zurich restaurant. The a la carte menu offers sushi, sashimi and a wide range of grills items for the vegetarians or meat eaters.  There is also a takeaway option. You can enjoy your meal in summers at this restaurant in a pleasant outdoor terrace.

"The Most Famous Festivals Celebrated in Switzerland"

1. The celebration of St Nicholas:

On the first weekend of December, people gathered outside the College St Michel to listen to the speeches given by St Nicholas who was a saint and a protector of children.

The people of Basel say “the best three days are when it’s the carnival”. Because Basel has the largest carnival. Thousand people are in costumes carrying lanterns make one of the greatest shows.

A day of fireworks and bonfires all over Switzerland, with speeches and much singing of national anthem and other traditional songs. Wherever you are trying to get the best view of the most spectacular fireworks in the world to happens in Switzerland on National Day.

Give me your precious advice to make my next blogs perfect. Thanks :) 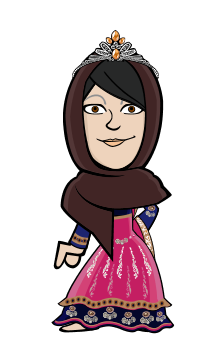 Some weeks ago I went to Switzerland for first time and I had an awesome time in Lucerna, a very bea…

This month, November, is National Fun with Fondue Month. The word fondue derives from the French fon…

The weather is very hot and humid right now. It is nearly intolerable without a fan or an air condi…