So, Tuesday was a very exciting day at SXSW.

I was planning to go to a conversation with Robert Rodriguez and Diego Luna, but after working a very busy shift at the coffee shop, I skipped it. My thought was that I've seen Rodriguez speak before (at this festival, even) and I didn't see Chavez, so although I feel a little guilty for skipping out on seeing one of my favorite directors talk, the nap was worth it, especially since I was planning to see a couple of late movies.

I saw a movie called "Rubber Soul" which was a compilation of the last two interviews John Lennon & Yoko Ono did. The interviews were roughly 10 years apart and the point of the movie was to show how Lennon directly contradicted himself all the time. The entire script was lifted directly from the transcripts of the two interviews. The director purposely cut it in a way that showcased the direct contradictions and kind of made Lennon out to be sort of a dick. It showed him never letting Yoko speak and made him seem uber pretentious. It was a very interesting perspective and left the audience polarized. For me, I wasn't alive when The Beatles were at their peak, so I only have this fantasy of how great of people they were and how much they deserved their success. It kind of grounded me to see someone idolized brought back down to Earth a little. I didn't leave the moving hating Lennon or anything, I felt like it humanized him. Of course he got sick of fame, of course he chose the woman he loved, he's human! I mean, don't get me wrong, we all still blame Yoko for breaking up The Beatles, but I understand why he was tired of being in the group.  Overall, I enjoyed the film, but I did feel like it was a bit long.

I planned on seeing another movie after that, but then my friend Justin called to tell me the big news. "Fort Tilden," the narrative feature my friend Charles co-wrote and co-directed with his friend from grad school won the Grand Jury prize for the Narrative Feature Competition! 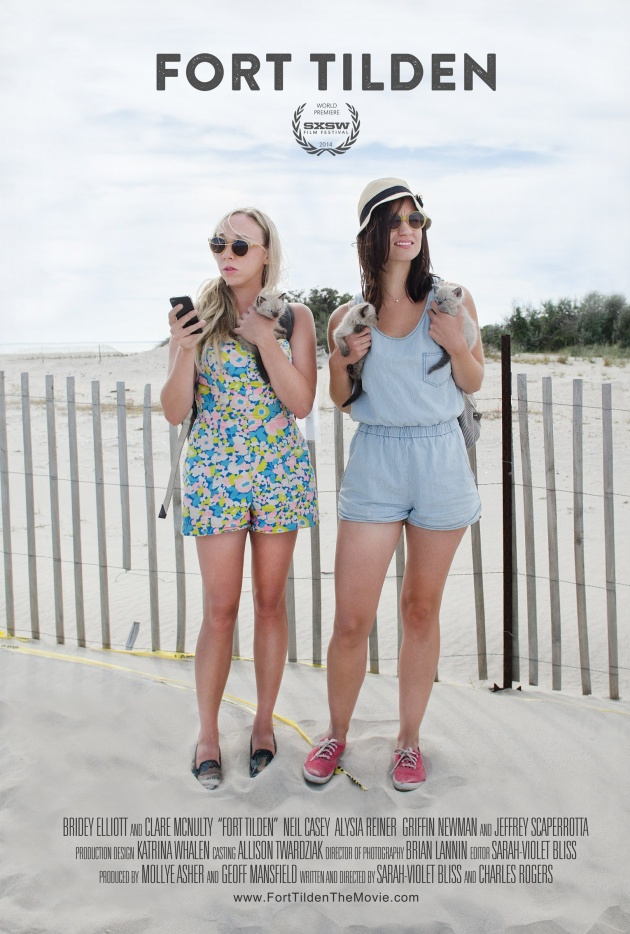 To put that into perspective, this is the top prize SXSW gives: the very same award Lena Dunham won 4 years ago for "Tiny Furniture." I'm still kind of in shock that someone I know accomplished this, especially since this was his first feature film (I believe) and they completed it in just nine months. On the other hand, I'm not shocked at all, because Charles is brilliant! He is also humble and kind, and I honestly don't think this could have happened to a better person. I hope him and Sarah-Violet get to go on the "couch and water" tour of LA and get some sweet deals out of this.

After going out for drinks to celebrate, I headed home and called it an early night. Having been awake since 5am, it was time to regenerate a little. I'm a little behind on my blogging, so stay tuned later this evening for my write-up on Day 6. xoxo