Have you ever had that feeling of excitement that you don't know what to feel anymore as the counter decreases? I shared with you that we are going to Taiwan this Thursday. I am actually a little overwhelmed due to the fact that we don't have the same liberty as traveling DIY. I mean we will be around 60 other people during this trip and that means there will be so many waiting games in between. As a matter of fact, we already had questioned if we would really enjoy this trip.

Anyway, my initial hope was that we'd have our own DIY times while there will also be days with the entire group but after learning about the itinerary just this day, I reckoned, we might not be able to do the things that I had originally planned in my previous blog post.

Read it here: Taiwan - Our First International Travel for Free!

So, allow me to share with you our real and ultimate Taiwan itinerary. By the time that you are reading this, we are already in Taiwan, for sure.

Initially, James and I thought we were traveling in the evening of Thursday but we were wrong! The time of departure is going to be early in the morning at seven so we need to be at the airport around four in the morning. Good luck with that!

But our first day will be about getting ourselves used to the Chinese or Taiwanese character signs, the sound and language and how confusing that would be. I am actually interested in taking photos of locals around so I had already thought of having a long range lens so I can discreetly take photographs from far away.

Our itinerary shows we will be checking out some landmarks near our hotel. It's a blessing that we were included on the first day of the trip which means we are less in numbers by that time.

We will be checking out One Piece Mugiwara Store, I am not sure if we'll enjoy this because its all about anime and we aren't fans. Then there's Qingshan Temple and Red House and Shinjuku Plaza by the afternoon.

Our evening on that very first day will be about Ximending Market, Modern Toilet Cafe, and Moe Home maid Cafe.

But really, what we could only think of is how we could get ourselves a time to take photographs with the streets and the views of Taiwan!

Our second day in Taiwan will start early as well, the same time as the previous day, it's going to be a seven in the morning day to day event as the hotel's breakfast is served at that time.

But the second day will be about Maokong Gondola, I have no idea what to expect and I thought I should search for it. I then found out its a cable car ride and the team had bought Klook vouchers for us.

Then there's a visit to the Taipei Zoo and Raohe Market for dinner.

Based on our schedule, I will still have time to work for around two to three hours at the hotel. I actually have a lot of tickets to work on so I shouldn't be taking a leave or what.

Two options were provided to the employees for this day in Taiwan. It will be the day when the entire group will be completed as the second batches arrive on the evening of Friday. The first option was for a guided tour to Yehliu, Jiufen, and Shefin while the second one was a DIY trip to Taichung. 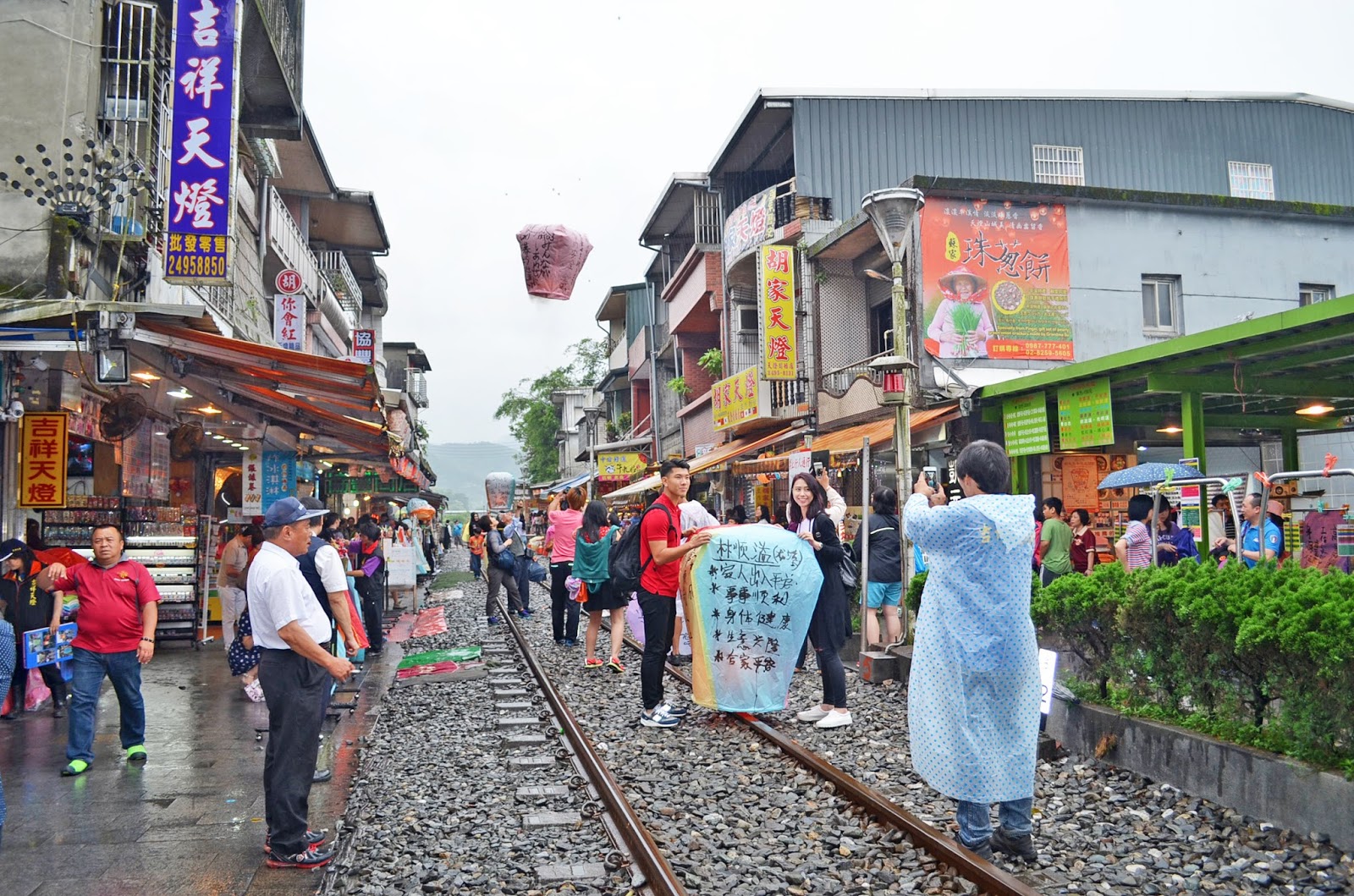 So again, it will be a 7:00 AM call time for breakfast. Going to Yelhiu will take an hour trip then we will reach the Yin Yang Sea and Golden Waterfall by nine in the morning. I am really excited about the Golden Waterfall.

The second will be the arrival to Jiufen where we will have lunch, we were already given a list of things to try out such as peanut ice cream roll, steamed taro cake, Taro balls, Ice Cream Puff and Coffee Nougat Biscuit.

The third destination is to Shifen which is another hour of the trip. This is where the famous releasing of sky lantern which I don't really feel of participating. I guess I'll just become an audience during that time.

Finally, we are going to the Shilin Market for our dinner at seven in the evening. As per the itinerary, we must try out Fried Chicken Steak, Stinky tofu, Fried oyster omelet, Shilin big sausage, Frog eggs, Pineapple cake.

I am still wondering though where to get the famous bubble tea of Taiwan.

This is pretty interesting as we will be going to the Chiang Kai-Shek Memorial Hall. They have a changing of guards like that in Luneta Park. Then we are going to Taipei 101! That's part of my initial itinerary so that's quite exciting plus part of our itinerary is to get to the 89th-floor observatory for 1-2 hours.

I didn't realize that there's also the Elephant Mountain included on this day's trip. This is just four minutes away via a cab so I am up for this as we will be able to see the city's tallest building from afar and I believe taking photos from here will really be nice.

Then we will be going ahead to Martyr's Shrine too! Then to the Grand Hotel and the National Palace Museum which is something to look forward to.

For our dinner, we are going to Keelung Miaokou Night Market for a seafood feast!

It saddens my heart that there was no Cherry Blossom spot included in the Taiwan tour itinerary. I really want to go to some place where we could check out the Cherry Blossoms but I guess the first and last day will be the only chance we have so James and I thought we could insert it in the last day since our trip is just at 8:30 PM and our call time to go back to the airport is at five in the afternoon.

So, I am looking now for the best place to visit and what I found is the same park which I listed in my first blog, the Yangmingshan National Park!

I have already researched how to get here and hopefully, we could come by our last day in Taiwan. Hopefully, we would be able to reach our hotel before five in the afternoon for our trip back to Cebu.

That's it! That would be our five days, four nights trip to Taiwan. Look like we will be very busy at that time. The weather forecast states it's going to have fair weather on those days so hopefully, there won't be rain.

Wish us the best!

Eating Sweets From Taiwan For The First Time!

Taiwan and China to hold historic summit in Singapore