Just as with dating, you’re going to have to be willing to be the one to make the initial overtures of friendship. As much as we’d prefer that the folks we’d like to be friends with to be so charmed by us as to make the first move, you can’t rely on somebody else to do the heavy lifting for you. This means that if you want to hang out with a new friend, you have to be be able to do the asking.

And just as with dating, it can help to keep things low-key at first. Inviting somebody to a social event – getting people together to watch the UFC match at a sports bar, for example – is a low-investment, low-risk  way of asking a potential new friend to hang out. It diffuses the potential awkward by being part of a like-minded group rather than a one-on-one get together and puts the focus on something external. In a worst case scenario, you can both just focus on the match instead.

And nothing kills the awkward like watching Brock Lesnar bash a dude’s face in.

But whether you’re organizing a get-together to watch Wrestlemania at Buffalo Wild Wings or just wanting to hang out and chat, you want to pick a place where you can just chill out and talk. This is why grabbing beers is always a popular option when trying to bond with potential new friends; the alcohol helps lower the nervousness and the bar is a place where getting together to trade stories and get to know each other is not only expected, but part of a long and glorious tradition of bonding.

One thing to keep in mind, especially when your friendship is just starting out, is that you may be doing more of the inviting. As I said earlier: it’s entirely possible to have asymmetric levels of emotional investment and it’s quite possible that you’ll be more into them than they are to you. The other thing to keep in mind is that like all relationships, it takes time for people – even platonic friends – to find their rhythm and balance. Some people tend to be the planners and doers in a friendship (or in a couple, for that matter) and end up doing more of the initiating than the others. This doesn’t necessarily mean that the other person doesn’t view you as a friend or doesn’t want to spend time with you; they just may be more reactive than proactive. It can take a while before you settle into the equilibrium that will balance out who asks whom to do something. So if you’re interested in hanging out with your new buddy… just ask. It doesn’t do anyone any good to be staying at home and miserable in order to make a point.

But more to the point: making new friends means making an effort. Sometimes you’ll put in more effort than you get back… and those are often the relationships that simply just drift away. But other times that initial emotional outlay will be paid back with interest… and those often are the friendships that can last a lifetime. 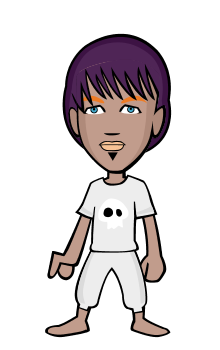