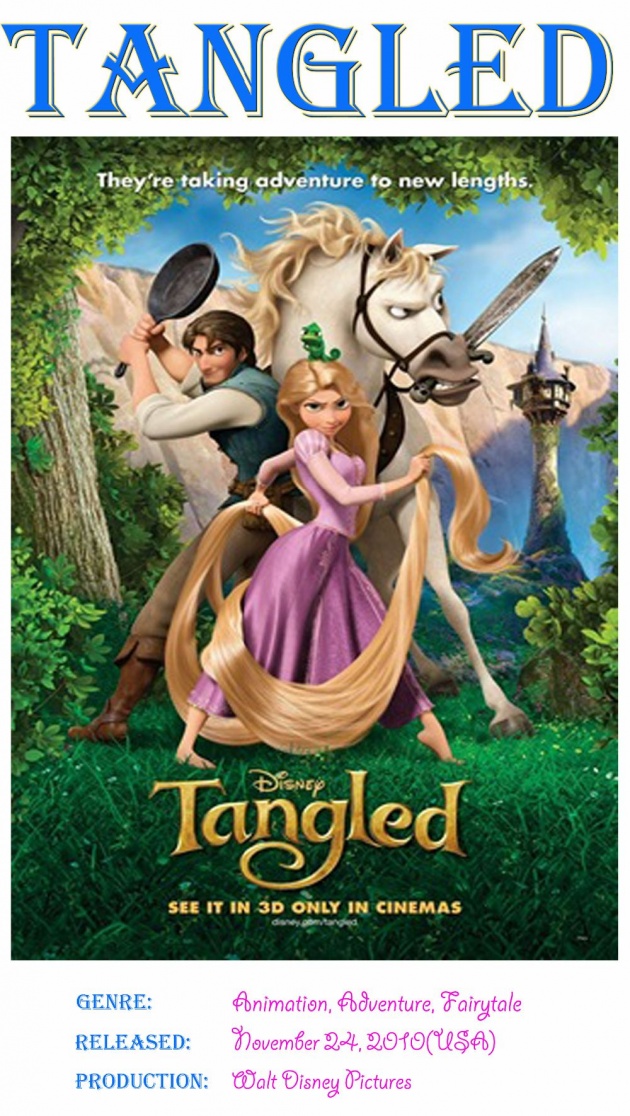 Hey guys. This is Alamgir, and now I am going to write about my favorite movie. It is an animated fantasy comedy movie. It is produced by the famous American production Company “Walt Disney Animation Studios”. The story of the movie based on the Fairy tale “Rapunzel”. Although it is an animated movie but it seems like more realistic, and interesting to watch. At first, the name of the movie was Rapunzel but title changed to “Tangled”. Let’s have a look on the story and further details about this wonderful animated movie.

The movie was Premiered in El Capitan Theatre on the day of November 14th 2010. As far as released concerns, Walt Disney Pictures reserves the rights, and the movie was released on November 24, 2010.

As I earlier said, that it was an interesting story. The story revolves around a young princess having a long hair with magic in them, who desires to see the world which she has never ever seen but fears to go against her mother’s order. Let’s explore the story in details.

Long time ago, there was a King and Queen living in a Kingdom, Corona. The Queen was ill and it was famous around that, there is a flower which have the tendency to heal illness and injuries. It’s because of drop of sunlight on the flower, and for decades the flower was used by a lady known Mother Gothel. She used to be young by using that flower and wants to retain youth for the decades. 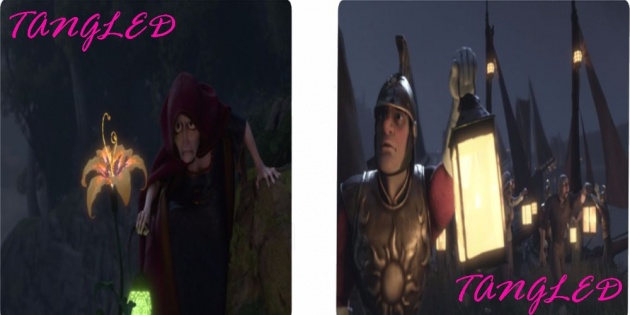 However, in search of flower, the Soldiers of Corona discovered the flower. By using flower to heal their Queen’s illness, the Queen was pregnant at that time. Subsequently, she gives birth to a baby girl, named Princess Rapunzel. When the Soldiers discovered the flower, Gothel follows to the Kingdom to see the whole scenario. She surprises to see that Rapunzel’s hair has the healing properties just like the flower.

Eventually she decides to take the hair by just cutting a piece but it’s not works for her because it abolishes its power. Gothel kidnaps Rapunzel from there and runs away. The Soldiers followed her but could not catch her. 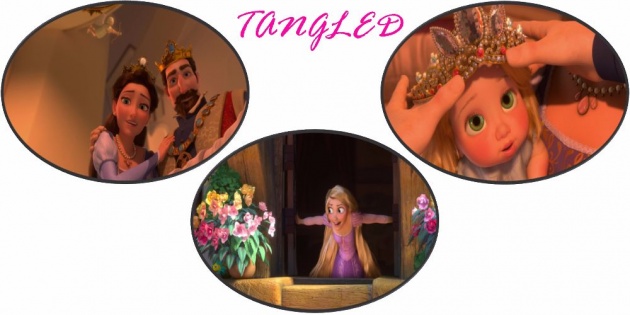 Gothel lives in an inaccessible tower with her, where she raises as her own daughter just for the cause of remains young as always. After one year of Princess Rapunzel, The Queen and King uses sky lanterns in the air, in the memory of their beloved Princess, and hoping for her return to Kingdom.

Meanwhile, a thief named Flynn Rider with his fellow thieves, the Stabbington brothers, has stolen the crown from the kingdom, which is actually Rapunzel’s crown. Escaping from the soldiers, Flynn discovers the isolated tower where he captures himself by Rapunzel. She also captures the crown.

Rapunzel plans that if she will show her mother that she has captured Flynn and she is able to take care of herself, and there is no harm in leaving the tower. Gothel becomes furious on this desire of Rapunzel. Rapunzel says Gothel to give her special paint that will take almost three days. Gothel agrees to acquire and return. After departure of Gothel, Rapunzel makes a deal with Flynn, that she won’t give him crown until he escort her to the kingdom to see the sky lanterns.

Flynn agrees and they both leaves the tower. During the trip, they visits a bar, where many terrifying people. They escapes from the bar. When the Royal Soldiers again finds Flynn, they both flee away from there. The lead horse in the army of kingdom, Maximus give chase, and finds both on the location of dam. Unintentionally, the dam breaks and sets a trap for both in the shape of flooding cave. When both fears at this situation, they introduces with each other. Flynn tells his real name is Eugene Fitzherbert and Rapunzel tells that when she sings, her hair glows. Meanwhile she realizes that this is the only way to escape. She sings and her hair glows. Her hair gives enough light to see the way outside from the cave. 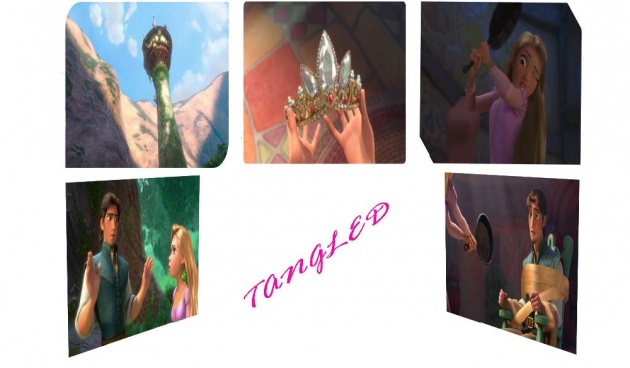 After that, Rapunzel finds her mother Gothel on the way and tries to manipulate Rapunzel’s mind by saying that Flynn has no interest in you, if you want to check this, give him a crown.On the next morning, Maximus locates both Rapunzel and Flynn. Maximus captures Flynn but Rapunzel requests that on occasion of her birthday, she had a deal with him to let her visit the kingdom. When they reaches the kingdom, in the evening the same sky lanterns is about to released. Then Rapunzel gives crown to Eugene. The Stabbington brothers tie Eugene in the boat and provoke Rapunzel by saying that Eugene has left her. Gothel comes and rescues Rapunzel from them and returns to the tower.

The Royal Guards arrests the Stabbingtons and Eugene. In the tower, when seeing on the wall and roof, she identifies the Kingdom’s signs which she used to make in her paintings since many years. After realizing that she is the lost Princess, she opposes Gothel. Meanwhile Eugene escapes from prison with the help of bar fellows and Maximus helps him to reach the tower. He enters the tower, and sees that Rapunzel is inevitable with chains. Gothel attempts him with a knife. He is about to die, then Rapunzel says Gothel that she will live with her for whole life if she let her allow to save Eugene’s life by using her hair. Before that attempt of Rapunzel, Eugene cuts the hair of Rapunzel. The color of hair turns from blonde to brown and the magic vanishes. Gothel’s age gone past very rapidly and she falls from the tower. When Rapunzel’s tears drops on the face of Eugene, the life restores. Her tears contains sun power’s a bit. When both return to the Kingdom, Rapunzel meets with her parents and reunite with them. There is a celebration all around the Kingdom. For Eugene’s crime, he has forgiven by the King. Finally they both marry. 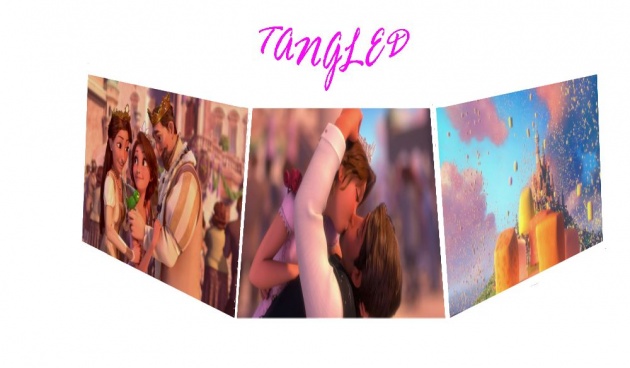 As I earlier says that movie was animated but look so realistic. It’s because of tangled was demonstrated with the looks of oil painting.  The concept of golden hair was introduced by Lisa Keane. Due to the boundaries in technology of computer, many tactics implements in this movie which most previous movies had not. Glenn Keane wants that the movie looks like a handmade drawings in Disney film. He also wanted that the drawing made in three dimensional that looks beyond the computer technology, and the artist can control the whole technology. On the matter of Rapunzel’s hair, he wants a moist hair.

In this regard 3D animator Kyle Strawitz combined both handmade and CGI style, and he got credited a lot from Glen Keane.

Now I’m going to tell about the recorded voices of the main characters.

The voice of Rapunzel has recorded by Mandy Moore.

The voice of Flynn Rider recorded by Zachary Levi.

The voice of Hook-Hand Thug recorded by Brad Garrett.

Ron Perlman recorded the voice of the Stabbington Brothers.

The voice of the Captain of the Guard recorded by M.C Gainey.

Apart from that voices, there were some characters who are non-speaking in the movie.

It was the combined efforts of two producer’s . The names of the producers are:

As far as direction concerns,  The movie was directed by Nathan Greno and Byron Howard.

Alan Menken composed the music, and lyrics by Glenn Slater. There is many songs written for the movie but at last cut from the released version. The song "You Are My Forever" was for the Mother Gothel but it was used for Flynn Rider later in the film.

After the Premiere of the movie. It earned an outstanding weekend worldwide with $85 million. In North America, the movie made $200,820,916 million and in other countries it’s made $385,963,000 million. Overall, tangled earned $591,794,936 million (as per Wikipedia source) globally, and become the 22nd highest business animated movie.

Now it’s time for the reviews of the movie. I’m surprised to see that movie scored 7.5 out of 10 reviews, which is outstanding. Although it is an animated movie but it’s a thoroughly entertaining and spectacular for the viewers.

Like the other Hollywood movies, although it is an animated movie, but it has been chosen for many awards but won only two awards, one for the movie and one for the song “I see the light”. Let’s have a look on the chart which shows the details of nominations and awards. 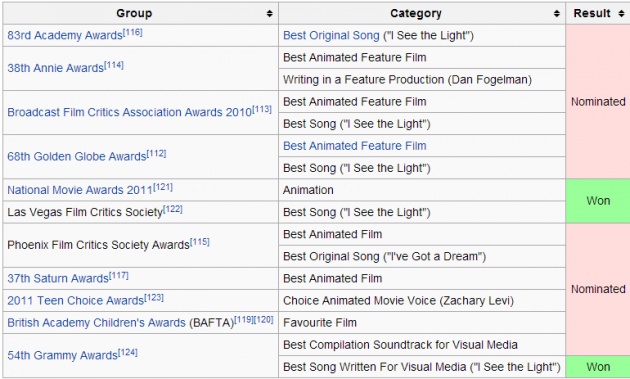 At last, I observed that there is very important message I’ve got from this movie. The message is that we can’t fight with your fate. Whatever written in our fate is understood. Like in the movie, Gothel trying to become young for her whole life by using Rapunzel’s hair, but in the end she could not retain. She was defeated by the hands of fate.

In the end of blog, let’s enjoy the dance moves from tangled.