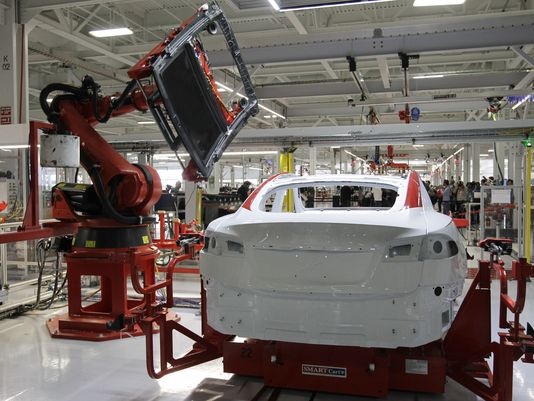 A robot puts on the top of a Tesla Model S at the Tesla factory in Fremont, Calif.(Photo: Paul Sakuma AP)

Tesla Motors said on Wednesday that four Sunbelt states are in contention for a massive new $5 billion plant to build batteries for its next-generation of electric cars.

The electric-car maker released details of its plans for a plant capable of making batteries for 500,000 cars a year and employing up to 6,500 workers.

Tesla says that Nevada, Arizona, Texas and New Mexico are finalists for the plant, which would be powered largely by wind and solar energy. It says the plant would occupy up to 1,000 acres and that it is planned to start producing by 2017.

Tesla didn't pinpoint potential sites in those states, but the Reno Gazette-Journal reported last week that Tesla is interested in a site near Reno-Stead Airport and the Tahoe Reno Industrial Center. It would be the closest location to Fremont, Calif., where Tesla makes its electric cars.

Although other automakers have built plants for lithium-ion battery production, Tesla is talking about a plant on a grand scale — and a scale that could make batteries cheaper.

"The gigafactory is designed to reduce cell costs much faster than the status quo and, by 2020, produce more lithium-ion batteries annually than were produced worldwide in 2013," the company said in announcing its plans for the plant on its blog.

Tesla says that by the first year of production, the plant will have reduced the per-kilowatt cost of its battery packs by 30%.

To finance the plant, Tesla said it will sell $1.6 billion in bonds to the public. Proceeds from the bonds would go both to building the gigafactory and to developing a mass-market electric car within three years, a car that would use the cheaper batteries to have a more mainstream price than the luxury cars Tesla produces today. Tesla says it will put up about half the $4 billion to $5 billion needed to construct and operate the plant through 2020 and that it expects to have partners in the venture. 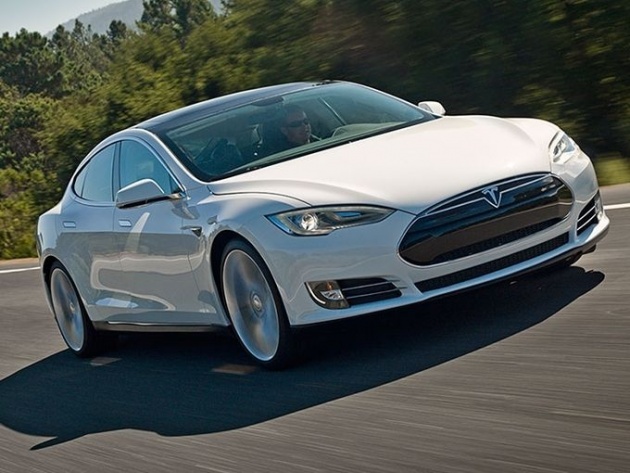 Tesla says the regular Model S can sprint from zero to 60 miles per hour in 5.4 seconds and has a top speed of 125 mph.  Tesla