Superheroes Are Humans Too

One thing I love about the Marvel Superheroes is, none of them are perfect. They have human alter egos that face everyday problems. This is very apparent in Spiderman/Peter Parker. Parker struggles financially and emotionally. Raised by his Aunt May, works for a boss who hates his alter ego, and in love with the prettiest girl in their school.

This characteristic of a superhero was pioneered none other by the father of Marvel Comics, Stan Lee.

On Monday (November 12, 2018) the comic-legend passed away at the age of 95. Though he was still very active in the Marvel Universe before he died, he was reported to be suffering from pneumonia in the recent weeks. 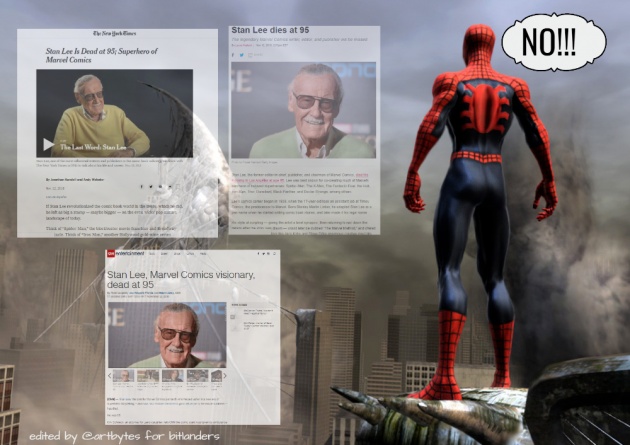 Who Was Stan Lee

To the kids today, Stan Lee may have known him through his frequent cameos on almost every Marvel movies and TV series.

Stan "The Man" Lee- the Father of Marvel Comics

Born as Stan Martin Lieber in 1922. Stan "The Man" Lee is the man behind Marvel Comics. He is known as "The Father of Marvel Comics". Not only that he changed the way comic book superheroes were portrayed.

DC was the equivalent of the big Hollywood studios: After the brilliance of DC's reinvention of the superhero ... in the late 1950s and early 1960s, it had run into a creative drought by the decade's end. There was a new audience for comics now, and it wasn't just the little kids that traditionally had read the books. The Marvel of the 1960s was in its own way the counterpart of the French New Wave... Marvel was pioneering new methods of comics storytelling and characterization, addressing more serious themes, and in the process keeping and attracting readers in their teens and beyond. Moreover, among this new generation of readers were people who wanted to write or draw comics themselves, within the new style that Marvel had pioneered, and push the creative envelope still further.

While the Superhero archetype was first brought back by DC comics. The superheroes at the time were almost perfect. Superman then had only one weakness, Kryptonite. He did not even have a problem of covering his alter-ego with a mere pair of glasses and "clumsy" personality as Clark Kent. 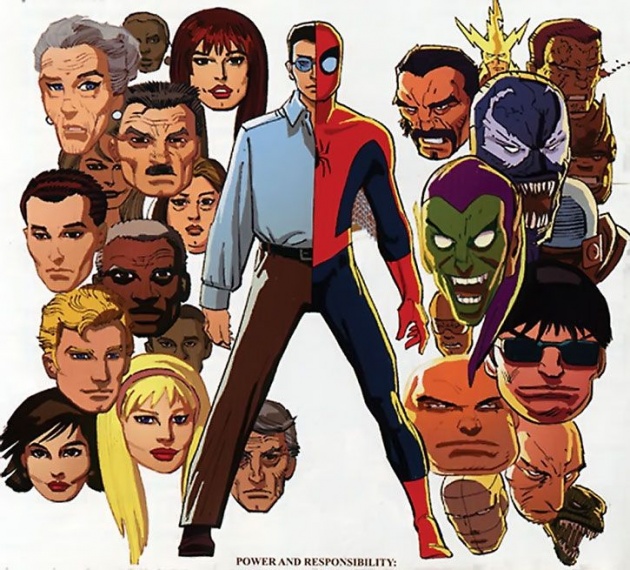 Stan Lee's superheroes are different. They are flawed just like any humans. Spiderman had a lot of problems in his personal life. The Hulk was hunted down by the U.S. Military. The X-Men were afraid of revealing their true identity because of the people's xenophobia. The DareDevil not only battles the criminals at night but also fight for justice by day as a blind lawyer.

Stan Lee's superheroes not only battle their superpowered enemies but also faces a lot of personal problems. Perhaps a factor that attracted not only kids but even adults. The readers could relate to their superheroes. 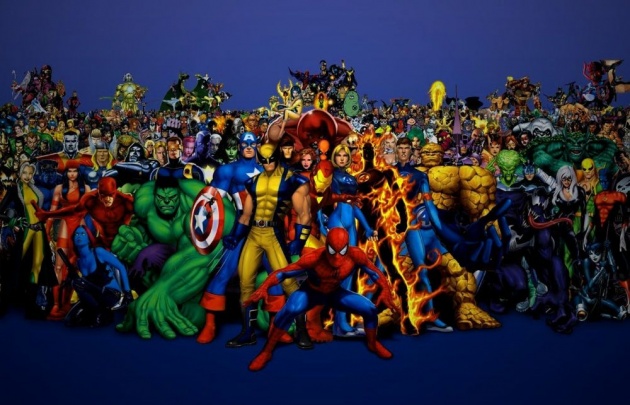 In his lifetime, Stan Lee created and co-created over two hundred comic characters including some of the well known super villains In the Marvel Universe. Some of my favorite superheroes are:

Stan Lee co-created the Amazing Spiderman along with another legend, Jack Kirby. Spiderman happens to one of my most favorite superheroes.

A blind lawyer by day, he continues his battles in the street of Hell's Kitchen at night as the crimson crusader known as the DareDevil. He is almost as human as we are, except for his heightened senses-human agility. 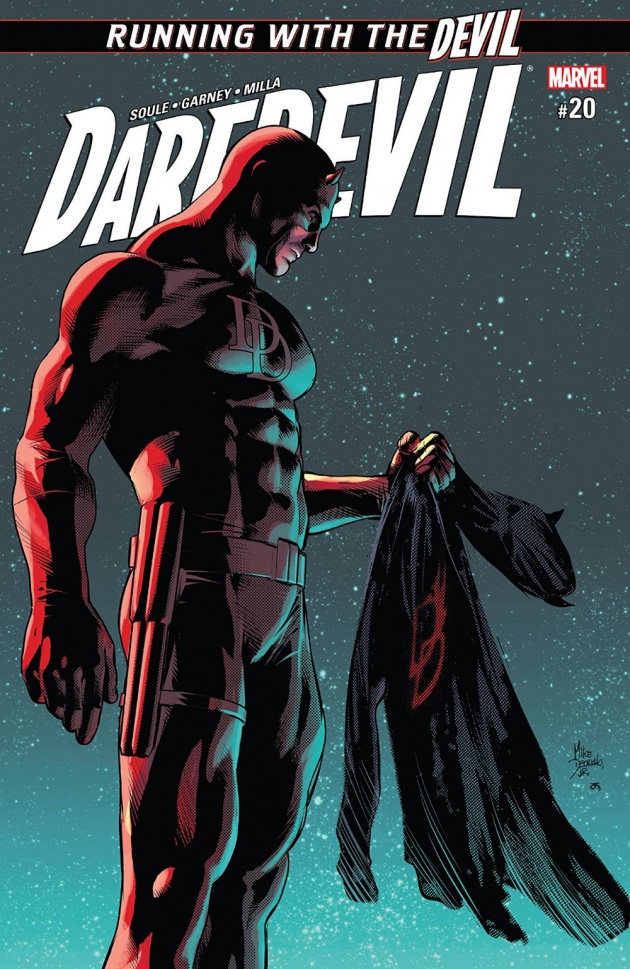 Marvel and Stan Lee also created the mutant-kind. Namely, the Uncanny X-Men. Most of the superheroes got their powers because of freak accidents, or from alien origins or even highly advanced technology. A few are deemed demi-gods. The x-men or the mutants were born with their extraordinary abilities. 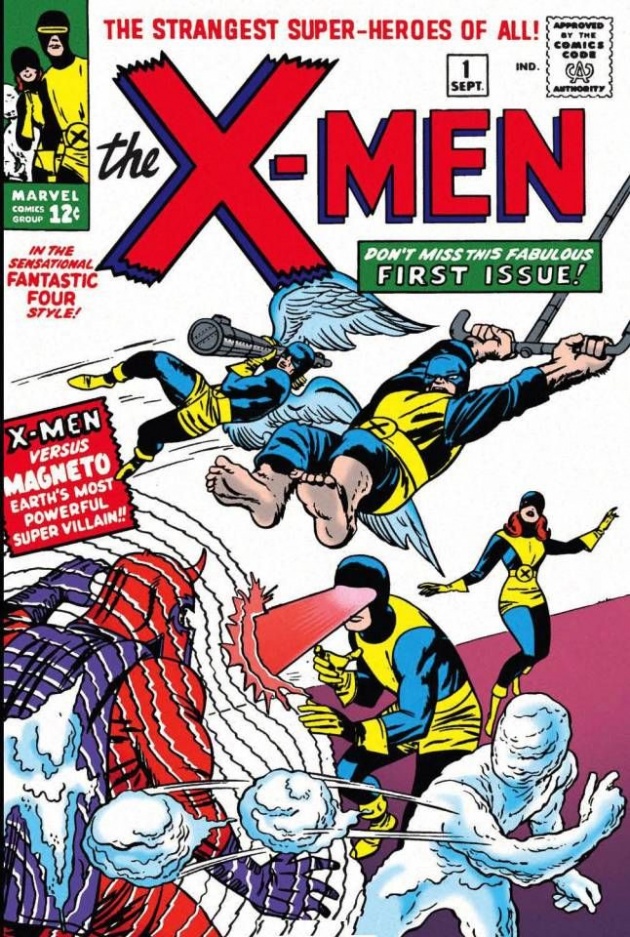 First Issue Cover of the X-Men

The master of the mystic arts is perhaps one of his best creations. Not physically superior, his command over the mystic arts makes him perhaps the most powerful superhero not only in the Marvel Universe. Note that  Superman is vulnerable to magic. 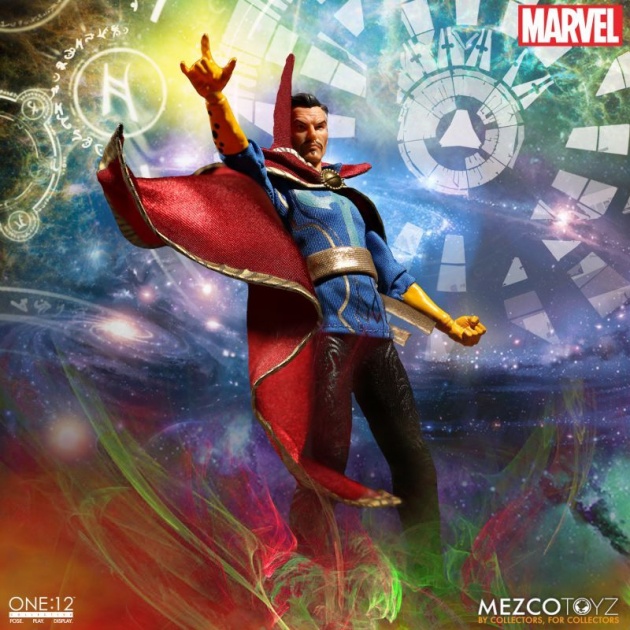 One of strongest superheroes in Marvel Universe. Thor the Thunder God is based on the Norse Mythology. He chose to protect Midgard (Earth) against Odin's (his father) will. He fell in love with the mortal Jane Foster and constantly battles his half-brother Loki.

Reading Thor on Marvel Comics got me interested in Norse Mythology. In the early years of Thor, he and the other Asgardians speak in Old English (I think that's what it's called).

Before the Avengers and the X-men, there was the Fantastic Four. Their exposure to cosmic radiation gave them their extraordinary abilities. I think they are the only superhumans did not even hide their true identity from the public.  Led by the brilliant scientist, Reed Richards,

Not only Stan Lee brought to life superheroes, but he also created Dr. Victor Von Doom. The supervillain the Marvel fans love! Or is love to hate? Dr. Doom uses both advanced weaponry in his armor and sorcery.  He is the arch-enemy of the Fantastic Four 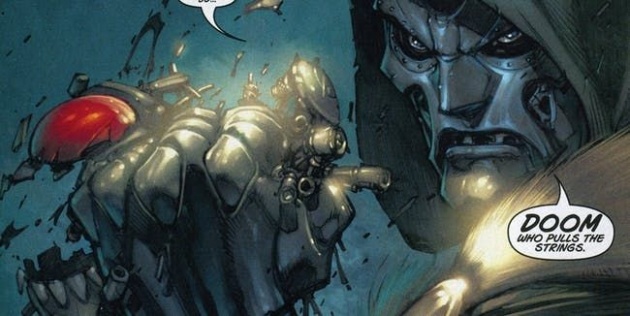 From Comic Books to the Big Screen

In the 1980's Superman dominated the big screen. But in the 1990's The X-Men, the Fantastic Four battled for popularity against DC's Batman.

Then in 2000's Stan Lee steered the Marvel characters to go beyond the comic book universe and ruled the Cinematic Universe. Marvel dominated the big screen with titles:

One thing fans look forward to on almost any Marvel movies is the cameo appearance of Stan Lee himself.

He has appeared as a bus driver, a janitor, a man who drank a bottled drink spiked with Banner's blood. He even appeared as an inter-galactic barber who gave Thor his current hairstyle.

He even made cameo appearances on different Marvel TV series. If I remember it right, he also appeared in the TV series 'Heroes'

Before he passed away, Stan Lee already completed his cameo appearance in the next installment of the Infinity War. That's something I look forward to seeing.

Stan Lee gathered several awards for his achievements in the comic book world. 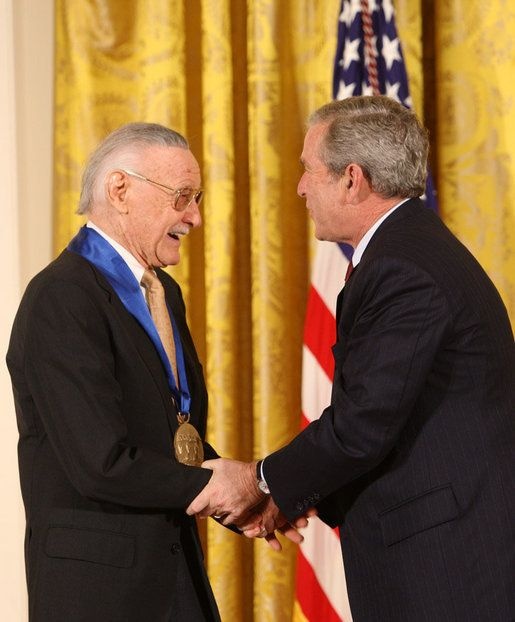 Stan Lee is congratulated by President George W. Bush on receiving the National Medal of Arts in 2008

An inspiration to aspiring artists.

Stan Lee and Marvel comics have inspired a lot of new artists. I started reading comic books when I was in my grade school. I can hardly read English at the time. But I was attracted to the drawings. And I started drawing myself.

I drew comic-book characters on almost any piece of paper I could get my hands on. The back pages of my notebooks were filled with drawings.

I still continue to draw as a hobby these days. But there are many artists who were inspired by the comic book superheroes who are now famed artists of different comic-book titles.

I never met the man in person, but there was I time I wished that someday I could meet him in person. I guess that will never happen now.

Nevertheless, thank you, Stan Lee, for the inspiration and the MARVELous superheroes you brought to our lives.

You will be missed. 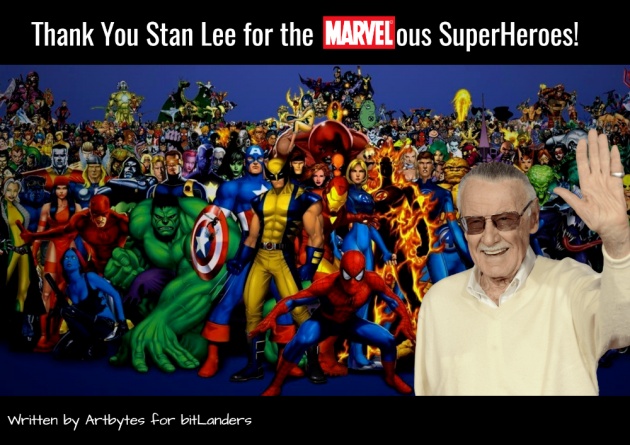