Written by: Susannah Grant, Akiva Goldsman, Jeff Pinkner, based on a book by Rick Yancey

Well, this one starts in a lively way, and the natural disaster scenes of giant waves crashing over buildings are pretty impressive. Chloë Grace Moretz is Cassie, your regular, ordinary high-schooler whose world is rocked when an alien space ship shows up, hovering over Earth, sending four waves of terrifying attack, including catastrophic weather disruptions.

But by the time of the fifth wave, earthlings have regrouped, ready for the big showdown, and Cassie and other teenage contemporaries find themselves at the forefront of the counterattack. It’s written to a machine-tooled formula, with two more episodes naturally planned to gouge cash out of the fanbase, and whatever interest this film has dies about five minutes before the closing credits. Moretz is a strong presence, but without the Katniss factor. 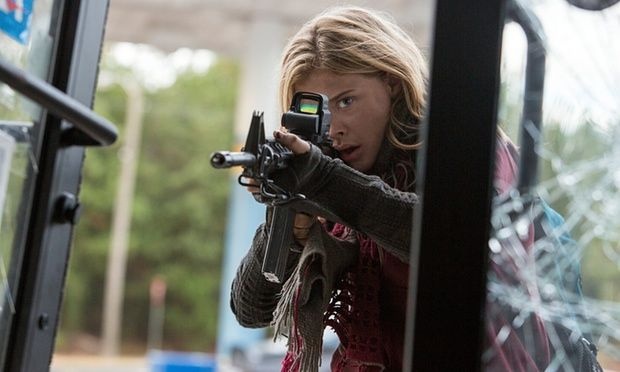