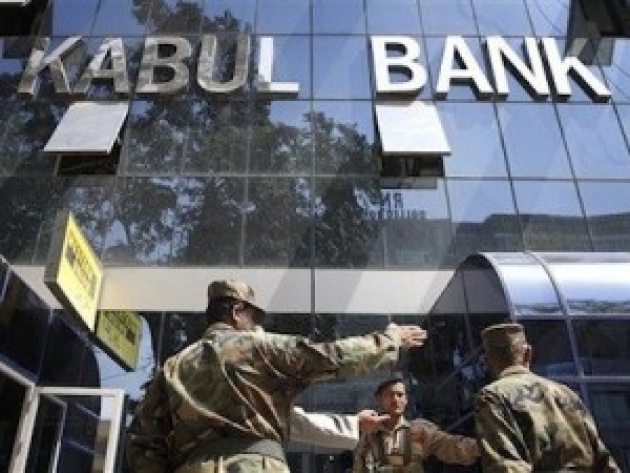 Establishment of banking system in 1312 (equivalent to 1913 in Gregorian calendar) with the inauguration of Bank Milli Afghan (Afghan National Bank) was a major accomplishment, as it later served as the foundation for Afghanistan’s central bank, Da Afghanistan Bank.

Abdul Majeed Zabuli, who was the founder of Afghanistan’s banking system and the then Minister of Economy, struggled to transform various economic sectors of Afghanistan and bring a change to the fledgling economy of Afghanistan, which only led to the fury of the envious individuals.

He was eventually introduced as someone who is trying to who is trying to build a state within the state, and he faced oppositions that had political motifs. He was, ultimately, forced to leave Afghanistan. To avenge Zabuli’s efforts, the government halted many of the bank’s activities, which in reality did nothing but injured the country’s economy.

The story of Pashtanay Bank and its Director, Hayatullah Dayani, is to an extent a repeat of the same adventures as Abdul Majid Zabuli.

When the court sentenced Hayatullah Dayani to 20 years in prison, investigation and research was launched to find out whether corruption had taken place in this bank that should be fight against. Or, was it merely for a show? Was this all not a conspiracy?

Someone, who lifted the bank from nothing to peaks of success and hauled up the bank’s capital from USD 27mn to USD 84mn within 3 years is, instead of being appreciated, currently in the corner of a prison. He is accused of embezzling a huge sum of money. How much and what kind? The correct answer to this question cannot be found on the verdict of the court or the prosecutor’s letter.

As it is evident from the prosecutor’s claim, Mr. Dayani appears to have embezzled loans that were given to the bank. Carrying the claim forward, the money was distributed among 31 companies in a non-transparent manner.

It is clear that in the existence of a good management, one of the most important aspects of a banking enterprise is giving loans to customers, and one of the things that Pashtanay Bank had significant growth in was in this field that led the bank to stand third in terms of deposits and first in terms of credibility.

A letter from the Ministry of Finance, signed by Minister Zakhilwal, was sent to the presidential office requesting an investigation on the unauthorized loans given to powerful individuals by the Pashtanay Bank.

But, who are these powerful individuals?

By legal definition, who are the powerful individuals in the community who are not legible for receipt of loans from the banks? There is nothing in the rules about it. But, usually to most people, mighty individuals are those who are somehow closely linked to the president and hold important positions in the government.  Has it been mentioned in the banking rules of Afghanistan that “powerful” individuals are thieves, untrustworthy people who will not pay back their loans? It is interesting that president has signed a letter with judgmental inputs that insult him.

However, about Pashtanay Bank, Minister Zakhilwal admitted to the president that after the change of leadership, the Bank was able to receive USD 31 million in interest. It is strange that no one asks if the borrower companies do not exist and are not guaranteed, then where did the 31 million dollars of interest come from? But, how come the fake companies with fake bank guarantees and which, according to the prosecutors, do not even exist, were able to approach the bank and ask for loans?

As the bank’s regulations require, each company that received loans from the bank had left their property as deposit guarantees; the only difference is that in case of these particular companies, their properties were non-existing!

The process of receiving guarantees from the customer is an important step that takes place outside of the bank. The process includes identification of the location of the property and consolidation of its legal documents. The former involves the Ministry of Urban Development and the latter involves the court.

Documents of ownership of the guaranteed are preserved in the records of the court, and the properties were allowed for sales after the approval of the Directorate General of Administrative Court of Appeal and the Supreme Court of Kabul. If these documents are fraudulent, then officials of the law must be brought to justice as well.

The exact location of the guaranteed property with its photos, documents and bank records exist, which indicates that the process has been completely transparent.

According to the attorney’s acknowledgement, the loan money was deposited to bank accounts of companies on 09.03.1391. No bank has the right to open a customer’s bank account in the absence of the account holder or in the absence of valid documents. This reflects the fact that borrower individuals and companies do exist physically and that the embezzlement story is completely baseless and unjustified.

Another point that proves the physical entity of these companies is that according to regulations, every company seeking loans, has to be guaranteed by two other reputable companies. Hence, the 31 companies who have sought loans have been guaranteed by 62 companies. Then, how is it possible that there are 93 fake companies in Kabul? Furthermore, the process requires 53 signatures, 25 signatures from inside the bank and 28 signatures from outside the bank. Now let’s suppose that these signatures were forged, the director of the bank and its destitute officials should not be sentenced to severe punishment; instead fraud people should be identified and according to the Terms of Reference and national law, the loans should be obtained back.

It is clear that Pashtanay Bank, under the presidency of Hayatullah Dayani, provided loans to a number of companies, the majority of which paid of their loans with interest. However, the 31 companies on opportunistic grounds refused to clear their debts.

There are many objectionable things about this case that shows that allegations of corruption in Pashtanay Bank were merely a conspiracy that not only targeted Pashtanay Bank but the entire banking system of Afghanistan. It is also noteworthy that the Attorney General has fired all those lawyers involved in this case, which in itself is questionable.  And most importantly, attorney of anti-corruption and anti-bribery is arrested based on several reasons, one of them being his alcohol addiction. This very point shows why the attorney, at the beginning of Dayani’s trial, with great irresponsibility said that USD 740mn has been embezzled in Pashtanay Bank. In reality, the disputed sum of money was USD 26mn and USD 812,000.

Another thing that happened after removal of Mr. Dayyani from the office was dismissal and compulsory retirement of employees and recruitment of inexperienced individuals- a move needed enough to drag the bank into crisis.

After the court’s decision of sentencing Mr. Dayyani to 20 years in prison and returning of the embezzled sum to the bank, the companies won a golden opportunity.

The company owners are well aware that the guarantee of their loans in the bank and their Afghan identity prevent them to pay the loan. Their property is held under guarantee by the bank, and until they do not pay back their loans, their property does not belong to them. They will finally be prosecuted. They will either have to return the loans or lose their property to the bank.

But, now they have gotten a chance to make the repayment of the loans difficult for the bank, as they can invest that money and gain a much higher interest on it.

Finally the day comes when the government announces if borrowers cannot return their loans on a certain date, they will be exempted from interest payments.  This way, the borrowers will make a profit of tens of millions of dollars on interest. This happened in Kabul Bank’s case, and this time Ministry of Finance has provided similar opportunities to the borrowers of Pashtanay Bank.

After Kabul Bank’s story of misappropriation of about USD 900mn, the incident with Pashtanay Bank is a devastating blow to the credibility of Karzai’s government and of the Afghan banking system.

What will be the result of such a revenge for the economy of the country? Its first negative impact on Pashtanay bank was that the bank lost its credibility. The income of the bank from interests declined, and the bank is likely to be announced bankrupt.

This is what economic mafia was after- to make the bank a subject of privatization and win control over thank and win its expensive real estate.