The Battle of Trafalgar 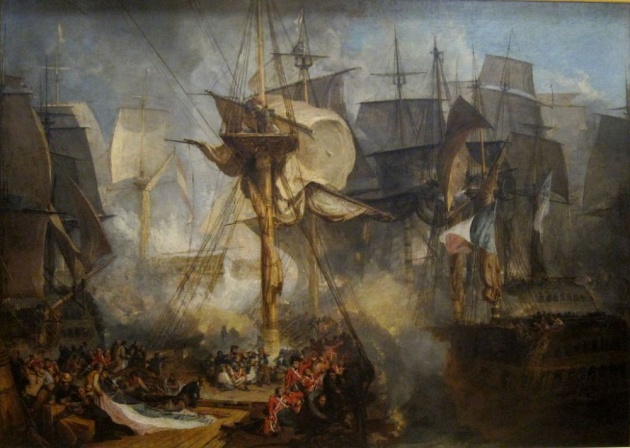 On October 21st 1805 the Royal Navy defeated the French and Spanish Navies at the Battle of Trafalgar.

The battle took part during the Napoleonic Wars. Napoleon Bonaparte, although militarily dominant in Europe, wished to challenge the British Royal Navy's dominance of the sea. The combined Spanish-French fleet attempted to break out of Cádiz, where they had been blocked by the British fleet.

On the British side were 27 ships-of-the-line, three of which were first rate, four second and twenty third, as well as six other ships. The Franco-Spanish fleet had four first rater, twenty-nine third and seven other ships.

One of the biggest losses for the British was that of Admiral Nelson, who commanded the fleet. His flagship, the first rate ship HMS Victory built in 1758, is the world's oldest naval ship that is still in commission (the USS Constitution is the oldest that is still afloat).

The Launch of the HMS Warrior

On 29th December 1860, the HMS Warrior was launched. Warrior was a ship in the British Royal Navy an…