The Battle of White House! 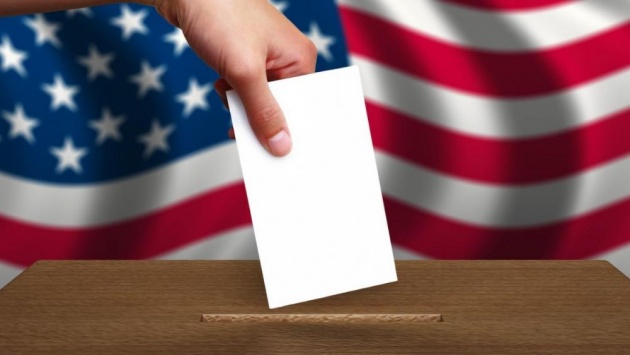 United States of America is always proved to be a very prominent place in the World’s Politics. Also, it’s no wrong if I say it is the control room of the World. So being the Capital of the World, it has major uniqueness and significance as compared to the other parts of the World. Thereupon every action taken by U.S people and Parliament has very huge and rare effect on the World and the entire World covers it very closely. As the days of President Obama’s presidency are going to end, the activities and election campaigns are holding force day by day. After the double rule of President Obama, who became the 44th President of the United States and the seventeenth person to win two presidential elections from 2009 to present, so it is very clear now that he is no more eligible for the next presidential candidate as it is prohibited in 22nd amendment of the constitution. Also, He is the first African American to hold the presidential office and the first president born outside the continental United States. 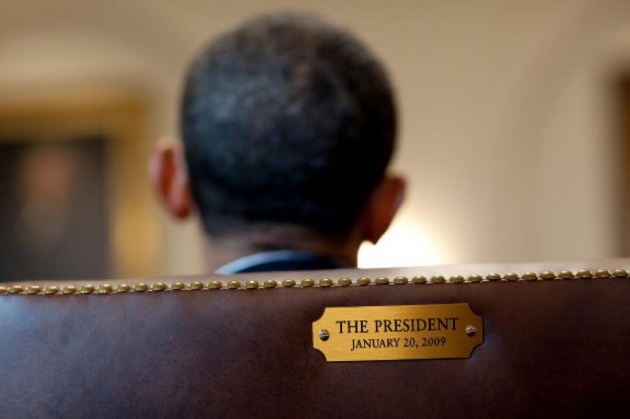 After Obama’s distant the list of new presidential candidate’s are amazing as well as their title of the campaign. The United States presidential election of 2016, scheduled for Tuesday, November 8, 2016. The candidates for the U.S Presidential Elections 2016 are Hillary Clinton and Donald Trump. The active campaigners in these are Donald Trump and Hillary Clinton, who are eager to protuberant from one another and attacking each other with strange evidences and policies. Everyone from Presidential Candidate is looking desperate to clinch the elections and become the patron of the White House and they are doing whatever to achieve it. That is why they are doing as much as possible to gain publicity among the U.S people by their Election Campaigns.

According to the senior journalists and political analyst, a sensational fight off between Hillary and Donald would be expected because there is major chance that the next American President could be from these two. As these two are looking more dependable and tough contestant, both are busy in doing heavy election campaign and trying to expose each other. In addition, they have largely started to mingle with the common people and insist them to vote for them.

This upcoming election is entirely unique and distant because of the title of election campaigns. Donald Trump, who is the candidate from the Republican Party has touched the extreme level of the campaign and have said; “I’ll kick out all the Muslims in America, if I would become a president”. Whereas, the opponent’s candidate from the democratic party, Hillary Clinton criticized him badly for his thoughts and showed her sympathy to the victims of Trump’s campaign. It seems that this contest is between extremism and liberalism.

Who can be president?

All you need to know is if you want to be a U.S President, you only need to be a ‘natural born’ U.S citizen. Your age at least should be 35 years old and have been a resident for 14 years. A series of elections are held in every state and overseas territory, starting in February, which determines that who becomes each party’s official presidential candidate. Only one person is nominated to represent the Republican and Democratic party in the presidential election. 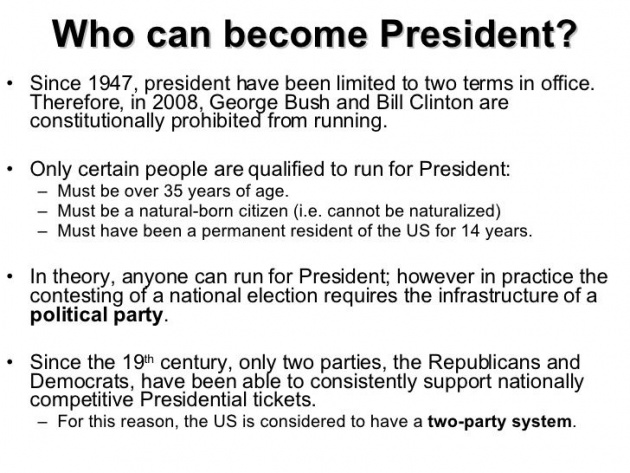 The U.S presidential elections are scheduled on 8th November 2016 in which 538 members of the Electoral College 270 electoral votes needed to win. Though it is historical by several means. Following are the ways in which the upcoming U.S election can be historical.

When Barack Obama firstly became the President of US and entered through the front gate of the White House, he was aged 47 years old and was the fifth youngest president in the history as well. Theodore Roosevelt was the youngest at 42 years old. 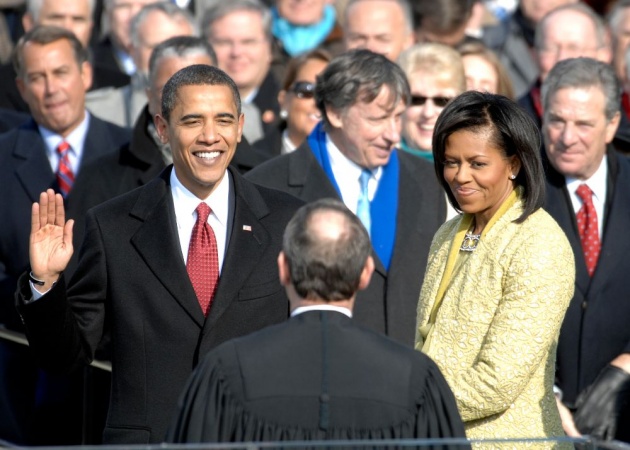 First inauguration of Barack Obama as the 44th President of the United States standing with first lady MIchelle Obama.

Donald Trump has its 70th birthday on 14th June which means if elected in November, he would be the oldest president in history, surpassing Ronald Reagan who was 69 when he took the office. Same as before the Hillary Clinton (Democratic candidate), who turns 69 before two weeks before the elections and would become the second oldest president at the inauguration.

Trump and Clinton are the first presidential candidates from New York since 1944, when the governor of New York, Thomas E Dewey, against the incumbent, Franklin D Roosevelt.

Anyone who wins from these two will become the first New Yorker in the last 71 years who took the office when the inauguration takes place next year.

(Remember, Hillary was born in Chicago, but she was a senator from New York and lives in the state.) 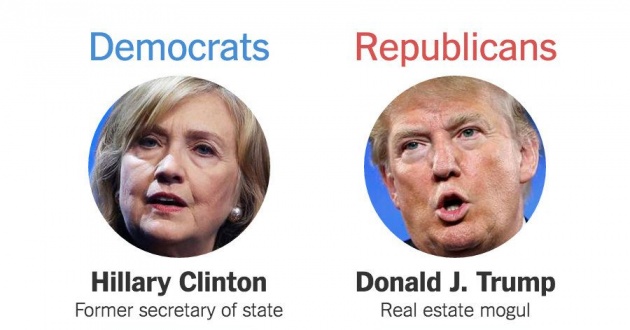 The nominees of Democrat (Hillary) and Republican (Trump) with their backgrounds.

As the current World demands experience and a man rates highly if he owns some experience. You will amazed to know that if Mr Trump wins, he will become the first president without experience as a governor or in congress. Before him, the last president without political experience was Dwight Eisenhower, but at least he was the Supreme Commander of Allied forces in World War Two. And another before him is Herbert Hoover, who was president from 1929 to 1933 who was also known as the Engineer and Humanitarian. 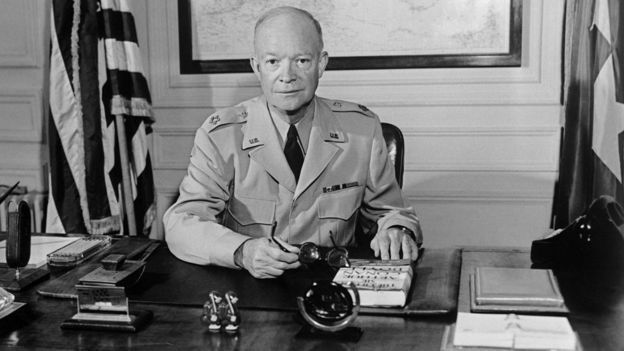 Dwight Eisenhower sitting in the office as seen in the picture.

First Woman in the office 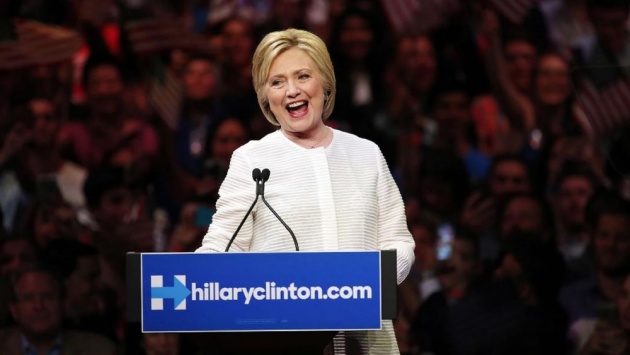 The first presidential debate was held in New York in September where we saw the two candidates sharing the stages for the first time. Hillary and Trump both have registered a fair fight, which was going for almost 97 minutes. It was witnessed that Democrat’s candidate gets under Trump’s skin at many times by accusing him with the charges of racism, being a misogyny, hiding federal taxes and ripping off contractors. 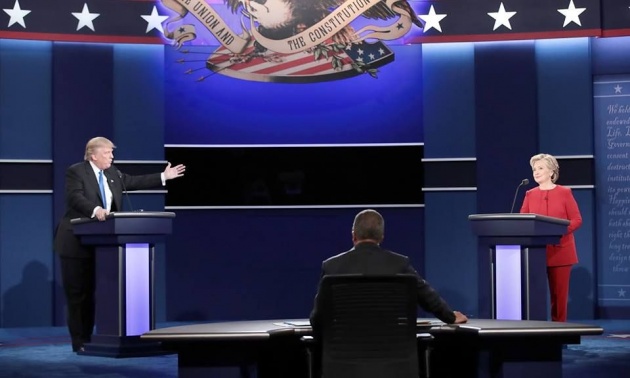 Hillary Clinton and Donald Trump sharing the stage for the first time at first Presidential debate.

Donald Trump also carried out some verbal attacks on Clinton on her private emails and the issue of the Middle East, trade deals and termed her as a political insider who had achieved nothing over three decades of public life. But after a crucial start, Hillary controlled herself and he failed to stay disciplined about his message.

In the beginning of the debate Donald said that, His temperament is better than Hillary’s, Later he interrupted in Hillary’s speech for almost 28 times.

Mrs. Clinton asked Trump about his 2005 video for disrespectful comments about Women. She said: “Exactly, Who he is”. Whereas, Mr. Trump focused on allegations surrounding Bill Clinton’s sexual impropriety and he criticized for her work as a lawyer defending a rapist. Furthermore He said about the Hillary’s scandalous use of private mails for official business that it should let it her to jail.

Well, for me, the U.S.A is going to witness the most energetic and unexpected elections ever in the history. It is due to the both candidates who are tugging the momentum towards each other. The most important part of this election is the manifesto of Donald Trump which includes some illogical points. He said if he wins, we will exclude all the Muslims from U.S.A, without providing the reason that what will benefit him? He also said I will renew the immigration policies because the current one is providing visas very easily, but on asking him how could you make it possible, He seems to be very tangled. He further said that if he becomes a president, he will crush the ISIS, but couldn’t give the plan how will he carry it.

In my opinion, technically his mind isn’t clear and actually he doesn’t deserve the presidential spot because the ground base of his campaign is very critical and controversial. He had allegations of not paying federal taxes in last 18 years, complaints of Sexual assault of several women. With all these allegations, a man couldn’t be able to run his campaign for the presidency until these allegations can’t get investigated. And on the other side, Hillary roots also found alleged with misuse of private mails and hidden the truth.

In the end, I must say Donald Trump needs to take the lesson from London Mayoral elections, where people rejected the thinking of Zac Goldsmith, who labeled his opponent Sadiq Khan as an extremist, but the Londoners went against him and voted Sadiq Khan a Muslim and a son of Pakistani bus driver. 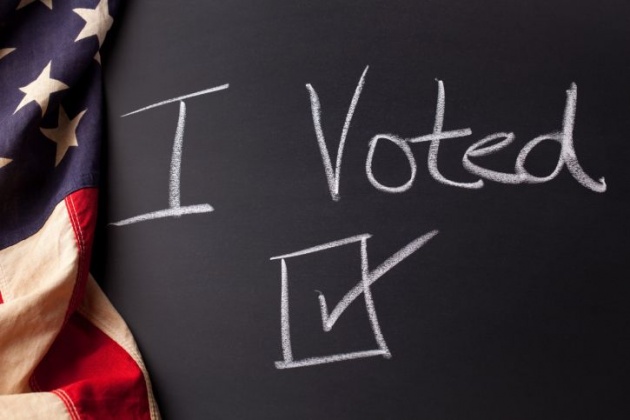 The people of the U.S.A are the most modernized, well-educated, liberal and broad minded and I am sure that they always vote for religious harmony and peace. I urge all the citizens of U.S.A to please make sure that you must use your basic right to vote and express your freedom on 8th November 2016 with it.