The Best Figure of my MOM

I just wanna share with you guys the worst sentences I've written since I started blogging months ago (but still doing the same thing with d' same results until now). LOL!

Looking back at the past is the things I never wanted to put away. All the good things that happened are still fresh in my mind and memory. Every single time that I sit and reminisce I felt the guilt yet it has an indelible aftertaste. Everything was a sublime experienced. The spirits of the past are like the old songs which glued in my soul. Every moment I settled with my special someone that I will never get tired to remember nor forgotten. Those memories I won’t replace. Those days we won’t forget. Those are the ventures that would not bring about without my MOM.

Thus, in every corner of my past, my MOM is the one who pushed me to be the right person. She is my inspiration for every little victory I had accomplished for the family. She celebrated it through her own glory. I knew she could not give me everything that I needed. But my MOM never failed to give a plain but superb clear up to my raw understanding.

I grew up in a home where there was lacking all. I have been raised in a very hard condition of life. We were a big family composed of 8 siblings. People were astonished that my MOM had so many children in so little time; but that was because she was always quick to deliver. And simply my father gained a lot of energy to sustain us all. LOL! But despite of those numbers my MOM did carry on in order to yield simply what she knows what’s best for us.

The best feature I could describe her was a woman without fears. Despite of hard situation we faced MOM did not loosen her hope just to revived us from the awful conditions. She was the one who made unordinary ways just to uplift our drowning family. She gained a lot of little extra jobs in order to find pathways to survival. She used to make everything in order to earn or gained an extra income. She used a lot of her energy to double up the income and proved she could sustain the important things we need.

My MOM did not able to get a chance to continue in getting a highest status in life nor have a degree at least. Though, I am very proud of her. Despite of unpleasant situation she did not have a failure of nerve. She never hesitates to enter into a politics. Despite of her status in life she fought for it. She’s not ashamed to become a garbage buyer, in order to get another source of income. She never afraid to handled her children despite of tough situations. She never became a fatigue going to farm every day. She never looks us as burdened in the family. In spite of everything MOM succeeds to prove her best. She served not only us but to the public for almost 25 years. She became our source of inspiration. She did her best in order to sends us all to school that she failed to do herself.

As a mother, my MOM was very much supportive. She never failed to attend in every little victory I have been accomplished. She never failed to do her task just to prove she was a good mother. My MOM was kinda strict in the way she knows, thus, I knew only us will benefits for the rest of our lives. At our young age she never intended us to be hurt but she never allows us to join in a wild. She was an old fashioned mother but I knew that were only we needed to be guarded by. She is a MOM who believed in a no boyfriend until we get finished the school. I was a little bit hurting but she just did everything only for our sake.

That was the best figure of my MOM. She did all her best for us all. I know she is getting older now but my heart keeps on telling me that she’s a GREAT MOM and she will always be my MOM. 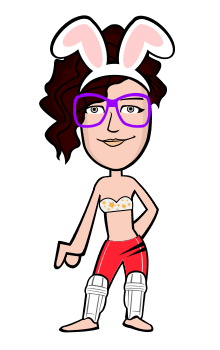