The Best Way to Make Money Blogging (That You’re Ignoring)

When I decided that I was going to quit my job in May 2011, freelance blogging was the last thing on my mind. As is the case with most people, my focus was on creating passive income streams.

Invariably, I failed on that front. After six months of trying and failing, I turned from passive income exploits to freelance blogging — out of sheer frustration more than anything else.

Despite freelance blogging being the reason for me being able to quit my job, I felt for a long time that I’d only carry on with it long enough to get my passive income projects off the ground. My attitude was simple: freelancing was a means to an end — not a long term solution for leaving work behind.

However, my attitude has changed markedly over the past 2 1/2 years. In this post, I want to reveal how freelance blogging has had a more positive impact on my life than almost anything else, and convince you why you should be following in my path.

The Fallacy of Passive Income

Let’s start with one of the most important things you should know about making money online: there is no such thing as “passive” income, and anyone who tells you otherwise is probably trying to sell you something.

“Passive” income implies that you do not have to work for it, when nothing could be further from the truth. In reality, the phrase can only be used in the loosest sense of the term — i.e., you might work very hard up front to produce something that makes money over a period of weeks or months without you having to do too much to sustain that income.

So while the idea of doing no work to make lots of money is an attractive one, it doesn’t exist in the real world. Furthermore, the attraction of spending a great deal of time creating a product that you can then sell in a “passive” manner has been blown way out of proportion.

When it comes to making money, there are only two things you should care about on a fundamental level:

In my opinion, you can throw issues of passive vs. non-passive income out of the window, because there is a much simpler equation: what makes you more money.

For example, let’s say that Joe has a “passive income” business that makes $5,000 per month and he spends (on average) 6 hours per day maintaining it and creating the products that produce the income. Meanwhile, Jenny is a freelancer, makes $80 per hour and works 3 hours per day. Jenny makes more than Joe while working half the time.

Who would you rather be?

Put another way, if you can make more money from a “non-passive” business, why wouldn’t you go down that road? I know the 4-Hour Workweek approach to life as all the rage, but most of us have a desire to work and won’t necessarily be more fulfilled by working less. I think most people end up discovering that it’s more about finding rewarding work than trying to work as little as possible. That’s why Tim Ferriss doesn’t work four hours per week — on the contrary, he probably works harder than you or I.

A lot of people argue that the key to running a successful business is to disconnect yourself from a direct relationship between your time and income. However, unless you hire enough staff to keep your business running without any of your input (which is one hell of a challenge), your income will always be linked to your time input. It’s unavoidable.

My point is this: the sooner you disconnect yourself from the notion that your input should be far removed from your earnings, the better.

The world of blogging offers countless examples of how many people are completely lost — to their detriment — in a dream of making passive income. I’ll use myself as an example, and more specifically, Leaving Work Behind’s “passive” income generation.

Since launching this blog it has made in the region of $30,000 (including affiliate income and information product sales). In that time I would estimate that I’ve spent approximately 900 hours working on the blog (about an hour every weekday on average since July 2011, which is probably an overly conservative approximation). That gives me an hourly rate of ~$33.

But that’s not all. My freelancing rate continued to climb to a high of $161 per hour before I “quit” and moved to the subcontracting business model I currently operate (i.e. I work with a team of writers and operate in an editorial role to ensure that each article is up to scratch before passing it onto the client).

My blog has got a long way to go before my equivalent hourly rate matches my freelance blogging success.

Despite this, people continue blindly pouring hours of time into their blogs. Just imagine if they took that same drive an applied it to a freelanceblogging career. It could change their lives.

The Issue of Scalability

Having established myself as a freelance blogger, in the middle of last year I sidestepped into a subcontracting business model with surprising ease. Just like that, I had created a “passive income” business. My hourly rate went from ~$150 to ~$400 per hour — something that will take me a longtime to match through blogging (if I ever do). Not only that, but it’s money in my pocket right now — it’s not money that I can hope to have down the line after countless hours of hard work.

To be honest, writing this article has encouraged me to spend even more time on my writing business. Compared to blogging, it’s a license to print money.

I think a lot of people are put off the notion of freelancing due to its lack of scalability, and while one-man-band freelancing isn’t scalable, such businesses can sidestep into scalable models — just like mine did.

I guess this is the most compelling argument for people who turn their noses up at the prospect of freelance blogging. After all, who wants to work for clients? Isn’t that just like having another job?

In short: no. I’ve never felt like that. I’ve only worked with clients I want to work with and I’ve only done work that I want to do. I spent around 18 months freelancing for 2-3 hours per day and earned thousands of dollars per month in the process. It wasn’t a hardship. On the contrary, it enabled me to quit my job and acted as a springboard for just about everything I have achieved so far.

I suppose it’s all a matter of perspective. Freelancers will invariably feel far better about being freelancers if they view their business as a business — not some kind of quasi-employment. Furthermore, I believe that all freelancers should have one eye on the future potential of their business — i.e. leveraging the skills of others and creating a scalable business. That’s where it gets real interesting.

It’s Not All Roses

For those of you who have been convinced by this article that freelance blogging is worth consideration, I do want to make the point that it’s not a cakewalk. You will need to work hard and smart.

So many freelance bloggers ignore what I consider to be the fundamentals of success and thus only ever work with low-paying clients. However, in my experience, the potential rewards are enormous.

I’m not going to turn this into a big sales pitch (yes, I do have a freelance blogging course). If you’re interested in the course, take a look. But what you could also do, totally free, is check out all of the freelance blogging articles I have here on Leaving Work Behind. That will get you going.

If you have any questions, please do not hesitate to get in touch. The best thing to do is leave your question on the freelancing forum here on Leaving Work Behind — that way, you’ll get the benefit of more answers than just mine. 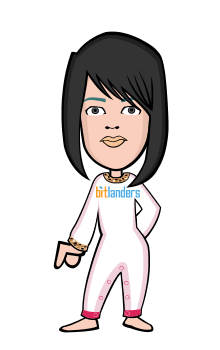