"The cat lady is leaving with her cat mobile."

That's the phrase my best friends mother used when I left their house today. It's true. I was a cat lady with a "cat mobile" ...literally.

But let me take you from the beginning of my cat experience.

A couple of days ago, after I got off from work around ten at night, I went to the parking lot to get into my car. It was a cold and windy night, so i just rushed to get into my car and head home to eat and relax, paying no attention to the meowing i heard near me. I started the car, cranked the volume as high as possible to listen to my favorite tunes and drove home.

Once I arrived home and got out of the car, that is when i heard the meowing again and realized it was coming from my car. I was a bit surprised at first but realized in horror that I drove a good five minutes with a stray kitten stuck somewhere in the engine. The poor creature must've been cold and snuck in there somehow to keep itself warm.

I grabbed a flashlight and opened the hood, hoping that the kitten didn't get hurt. I saw it sitting on the very inside (I honestly don't know car parts :P so can't really explain). But there was plenty of space for it and wasn't close to the belt. It was pretty safe down there. But being tired from the day, I went inside the house hoping that it would just walk out at some point in the night.

The next day, as I went to check if the car was kitten-free, I heard it calling out again. I was afraid it could be stuck at some point. So I opened the hood to check on it again. I found it after a while, it was sitting on the same place but a little more further inside. Not really knowing what to do, I threw some water on it in the hopes it would get scared and leave. Well it did get scared, but it didn't leave. It just rushed on the other side. At least it wasn't stuck, I thought. So I threw water at it again, but the little booger wouldn't leave, it just kept going left and right changing positions.

I bet it's hungry I thought. I will leave it to calm down for a while from the water shock and bring some food to it. That will surely get it out from there. So I waited around an hour. Went back to the car with some pieces of ham. Surprise surprise it was still there meowing like a maniac. So i left the pieces of ham near the left tire and waited there patiently for it to get out. It did. I saw it's head first slowly sneaking out, smelling the ham. As it got out I rushed to grab it. But it quickly went back to its hiding place. So I waited again. And again after a while it snuck out slowly. This time I was more patient. I waited as I saw it taking a bite, reached out again and grabbed it. But the little bastard bit my finger so hard with its razor teeth, that i shrieked in pain and i tossed it a little further from the car. Don't worry, the kitten was perfectly fine. I tried to scare it away, but it just ran straight under the car again, sitting in it's favorite spot.

At this point i really didn't know what to do. Time was passing and I had to get ready to leave. I had promised to eat breakfast with my niece and she and her mother were already waiting for me at the cafe. Besides I had one hour left until I had to go to work. I was frustrated at this situation cause first I didn't want to hurt the kitten while starting up the car.. But seeing that it found a safe refuge way back there,and thinking that once I'll start the car it will either leave or stay there just like last night. So I got ready to drive downtown to the cafe.

I started the car slowly hoping I wouldn't hear any noise I didn't like, and once I saw it was all clear, I drove away.

As I reached my destination, I parked close to the supermarket where I work. Got out of the car, heard the kitten calling, reassuring me it was still ok and off I went for breakfast. I didn't give much thought on this to tell you the truth, since it was the first time this ever happened to me and all I thought was that it would eventually just leave.

As I sat at the cafe, trying to explain the story to my sister and niece and placing my coffee order, my cell rang. It was from work. Kathy, my supervisor was urging me to come and unlock my car because four taxi drivers were insisting on trying to get the kitten out before it damages my car. The belt in specific, in which ofcourse I had no idea about. (by the way, incase you were wondering how did four taxi drivers meet in the same place, it's because the taxi station is right across from work).

So I rushed to leave the cafe leaving everyone and everything behind and headed to the car. I unlocked the car for them, they opened the hood and searched for the kitten. They too tried to scare it away with water but with no luck. So they got more organized, they brought a broom stick and tried to scare it off by poking it from different places of the open hood. By now I was more panicked thinking they would damage my engine or something, but they reassured me not to worry, but ofcourse that didn't relief me.

At some point after ten to fifteen minutes or more there was a little bit of light in the horizon. One taxi driver managed to grab its back foot and tried to drag it out from the front tire. He did! he got it out! But the damn kitten bit him too and found its way again back into the hood.

It was funny at some point. You could see passerbys looking and wondering what four men were doing surrounding a car with a broomstick and bottles of water causing such a rattle.

After a good half hour of unsuccessfulness, they too couldn't believe how persistant and headstrong this kitten was. So they decided to drive my car to the nearest car ramp in hopes they could catch it from underneath. So I gave them my keys and off they went. They came back fifteen minutes later shaking their heads not believing that they were not able to get the kitten out.

They gave me my keys back and I thanked them for their help and concerns. After all it was very kind of them to get into all this trouble. So right now our only hopes were for the kitten to decide to leave by itself.

Well, the day went on by, worked my shift, got off from work and headed to the car with the kitten still calling. By now I was even thinking of what name to give it since it had decided to "move" in with me. Got into my car, drove back home. Parked the car, said goodnight to it and headed home to rest, hoping that it would just walk out at some point in the night.

The next day as i left the house, I saw the kitten twenty feet away just roaming around. But once it saw me it just ran back underneath the hood to its favorite spot. So I said my goodmornings to it and off we drove to my best friends house for a morning coffee. As I parked into her driveway, I told the kitten not to cause a fuss and that I wouldn't be late.

After the morning coffee with my best friend and her mom and discussing the whole kitten-car comedy-drama situation :), we said our goodbyes, and her mom cheerfully said: "The cat lady is leaving with her cat mobile." Well, she wasn't wrong about that.

Well, the day went on by, worked my shift, got off from work and headed to the car with the kitten still calling...but..from the car that was parked next to mine. My eyes opened wide in surprise, it went under the hood of the car next to mine? Perhaps it went for a walk in search for food, heard people coming, got scared and hid under there thinking it was my car?.

Well I am not gonna sit here and analyze it. I rushed into the car and drove off before it realized the mistake it made. 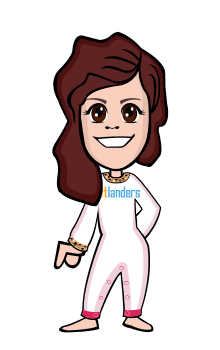 "The cat lady is leaving with her cat mobile."

That's the phrase my best friends mother used when I left their house today. It's true. I was a cat …