The Cebuano Mythical Creatures, Are They Real?

Every corner of the world, there are beliefs and traditional stories about creatures which are unlike us, unknown, not normal human beings, perhaps ghost and vampires can be classified as such which are the most common ones we all are afraid of.

While they were there to scare us most of us are well aware that they might just be some creatures made out of the wandering imaginations of our old folks. In our country, most of these creatures were made up to frighten kid so they won't go out at night. Some were just written ups to cover certain accidents and murders while the majority of them were just authored and made popular that after several years of reiterating them to generation to generation, they somehow become almost true.

But the thought of them being authentically real is somewhat hair-raising. That same feeling when we walk into a dark street, no one's around and your only companion is the flickering lamp post at the distance.

Speaking about such creatures made me inspired to introduce to everyone some of the Cebuano Mythical Creatures. There might be certain similarities of these creatures from your own region so feel free to let me know if you find one interesting or familiar.

This is the most common mythical creature being used by parents or elders to scare their kids. Ungo is portrayed as a giant hairy creature or spirit, it originated from the Warays of Samar, Leyte, and Biliran, which together comprise the Eastern Visayas Region of the Philippines.

Cebuanos have already adopted this term and it goes together with the term Abat which we will talk afterward.

Elders say they are scary because they love to walk around humans and they only do so at night and their favorite playmates are the little kids.

Some may say Abat and Ungo are the same but they are actually different imaginary creatures. Abat is somehow closer to bats, so they are thought to be creatures which fly around.

The Abat can fly around at night and while their name sounds scary, they don't harm humans but only would come to scare.

Probably the most feared creature in the Philippine folklore because of the hundreds of movies inspired by it. From the time I was little, the movies had been hunting me so I dislike watching horror movies most especially those that include Aswang.

These mythical creatures are really scary because the stories and movies state they are humans dwelling like normal persons during the day but at night, they can cut themselves in half, leaving the waist down behind at their homes while the other upper half can fly to hunt for food.

Their favorite is pregnant women, they suck the unborn babies out of the mother's womb with their long Proboscis or tongue thus killing both the mother and the child. They usually stay at the rooftop and their weaknesses are salt and garlic.

Some stories state that they can also change their form from being a shy human being to a bat, a boar, a bird and a lot more, they can even change their faces and they don't age! 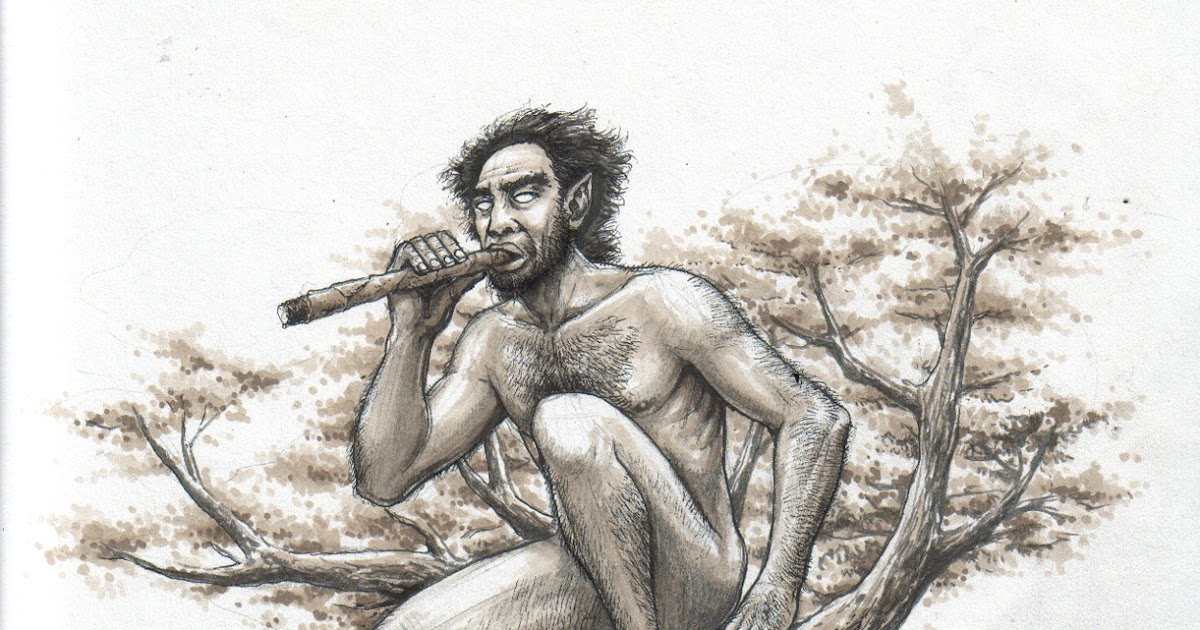 The folklore states these are the usual huge black creatures living in huge and old trees like Balete Trees. They are also signified by someone who has a cigar at hand while dwelling in the tree.

While they may seem scary to imagine, there were movies and stories involving Agta to be good creatures, those who help humans and would not hurt anyone.

From its root word "Banwa" which means vegetation. These mythical creatures are those who live in forest and woods. This is a Cebuano term for Engkanto.

Most of them are depicted as good ones who would help those who also help them. However, Banwaanon has tendencies of liking human beings and they would lure them into joining their kingdom.

When a certain individual is liked by a Banwaanon, he or she will be taken into their world, they will offer food and if he or she eats it, he becomes part of the Banwaanon Kingdom and there's no turning back!

A Filipino equivalent of the elf or gnome. They mischievous and some of them holds magical powers. They are believed to live under the earth where they bury their treasure, mostly are gold and diamonds and guard them.

Duwende can be a friend or foe of human beings. They can help their human friends or they can curse them with different sickness.

In our town, those ant mounds are usually thought to be the Duwende houses and most of the elders would prevent children from playing near it. In fact, they believe that if a person steps on the mound, the Duwendes might inflict an untreatable disease which can only be cured as soon as forgiveness is given.

These mythical creatures are basically mermaids, half human, half fish! In the Visayas region, they believe that these are mermaids and sea gods who rule over the ocean. They take fishermen by singing beautiful songs while they are sailing or fishing.

Because of their beautiful voices, most fishermen are lured into going to where the voice comes from. It is like being hallucinated into going into deeper parts of the ocean before they realized that they are already lost in the vast sea.

There were several stories of fishermen who were not able to go back to the shore after sailing the night before and the families would think of only one reason, the fisherman was victimized by the Kataw.

Obviously, there are several more other folklore creatures, mysterious and scary which often comes into being when Halloween is coming. I am pretty sure some of the above lists are familiar to you.

And after learning about the Cebuano Mythical Creatures, would you consider that they might be real monsters or they are simply one that was a mind-generated idea? Are you afraid of them? How do you feel upon seeing them in pictures? How would you respond if they appear to you tonight?

No, I am not scaring you at all, these are simply my thoughts shouting out loud from my head.