A centralized banking system isn't a new idea, it's been used for thousands of years and it destroys civilizations, it works simply on a usury system (interest bearing monetary system) In which the bank lends money at an interest, this creates huge bubbles of debt which eventually effect all aspects of life, the planet is in debt of $220 trillion, but to whom?
It starts in the 1700's with a Rothschild family of bankers who started to spread out across Europe and the rest of the world, slowly centralizing the banks and obtaining a huge portion of the world's gold, not nearly as much as the Vatican who are in some ways are linked fondly seeing as it is a creation of the roman army, who loved this system of banking which allowed them to take over so much, but it never last as we know from Rome, Their efforts to prop the economy up through quantitative easing only cause inflation, which effects those in poor conditions heavily, it doesn't help when the centralized banks destroy nation after nation, then offer out HUGE loans at high interest, literally enslaving that whole nation under a fiat currency which is no longer backed by resources mixed with a Petro-dollar system which forces nations to buy oil in only USD, Fiat money out, Oil to feed the beast comes in, and when countries don't comply, well look at the last few countries that have been attacked, the leaders have no centralized bank, loads of oil and gold and thinking of switching from a Petrodollar system to either Gold or Euros, Does this not show you the utter contempt from these rich elites who pull our strings and make us think we are victims as our tax goes to genocide for a Vatican overtaken by Jesuits and a Rothschild legion of bankers sucking the life out of the world, our way out is non centralized currencies, off grid, resource/bartering styled economy and to remove complicit government parties which a system where people vote on all laws and issues as a whole rather than letting a party of madmen do as they like for five years again and again! 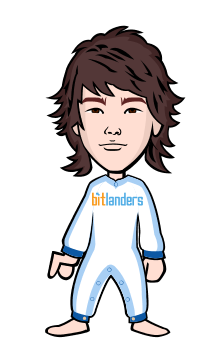 Today i am going to tell you how can you Get free virtual visa mastercard... Leupaywallet.com is a…