Asia, Australia, North America, South America, Africa, Europe, and Antarctica are the seven continents of the world that hold the massive lands and surrounded by water. When we look at them on a map, we can compare the size and shapes of their lands. The continents have many wonderful spots to offer especially Europe. 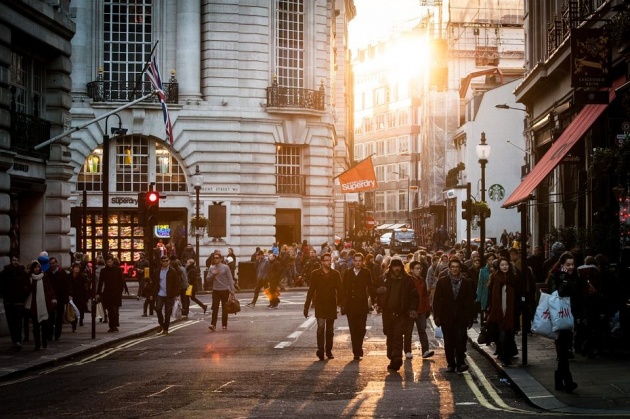 Europe has more people than any other continent except Asia. It has the highest concentration of people of all the continents. It is formed by 30 cities with a population of more than 1,000,000. London, Paris, Moscow, Madrid, and Rome are among the largest cities of Europe. 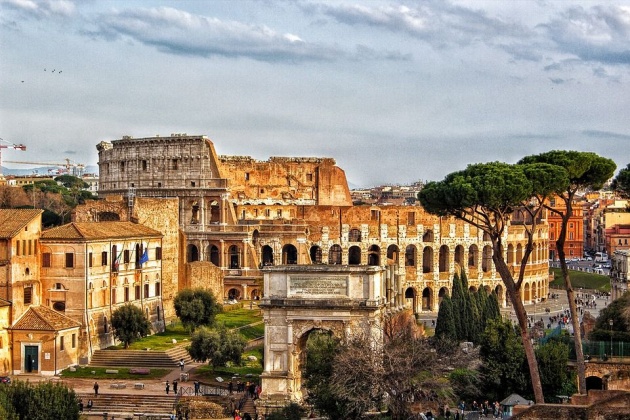 Image © The - Double-A: The Colosseum in Rome.

Visitors from all over the world come to see these large cities and their famous buildings and parks, museums and libraries, sports teams and companies of actors and musicians. Even Rome in the summer heat and Moscow on an icy day on winter are filled with the life and movements created by their millions of people. 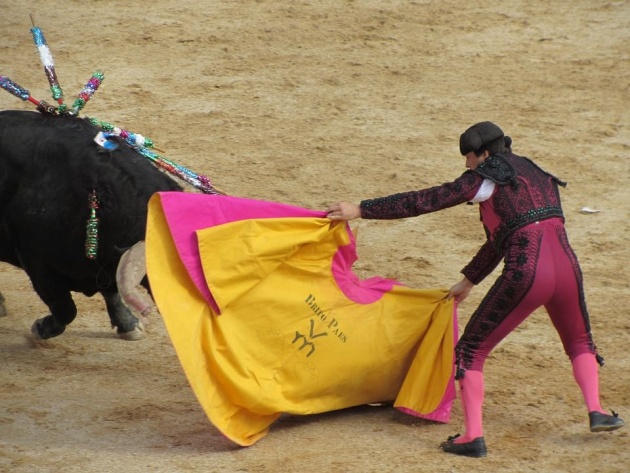 Image © BernsWaels: A bullfight in Spain.

City dwellers, from one end of Europe to another, lead lives that are much the same. But differences between the countries remain, especially in the way people spend their free time. In Madrid, Rome and Paris people will sit at a cafe table on the pavement. In Dublin and London, they will be warm in rainproof in a pub. The roar of a crowd may mean ice hockey in Moscow or a bullfight in Madrid. One sport crosses every European border-football. 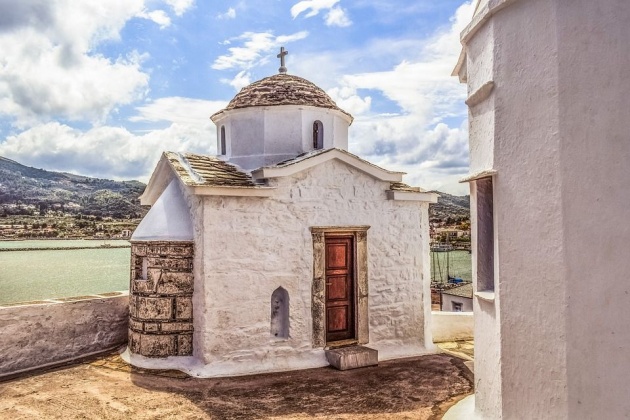 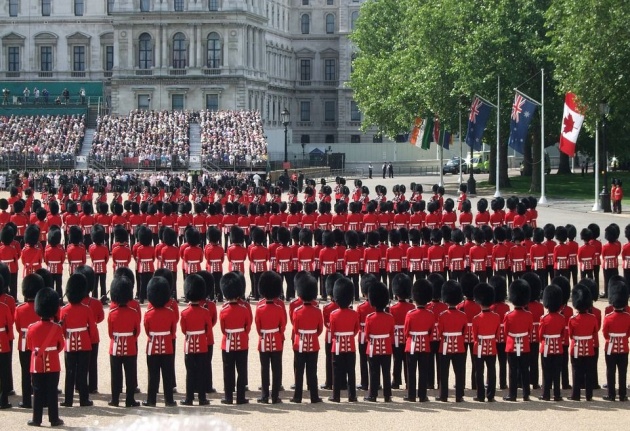 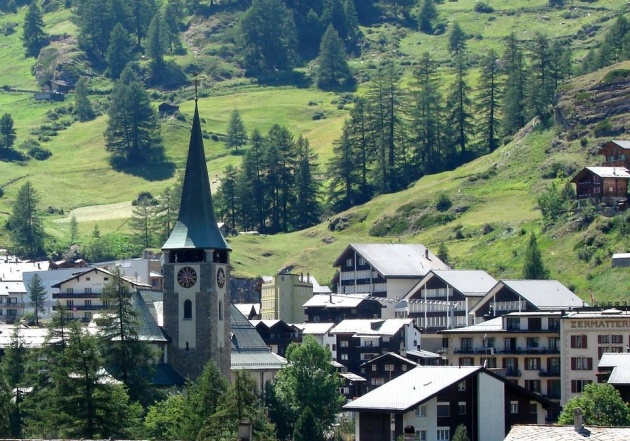 Image © Steppinstars: The Matterhorn and the village of Zermatt in the Swiss Alps. 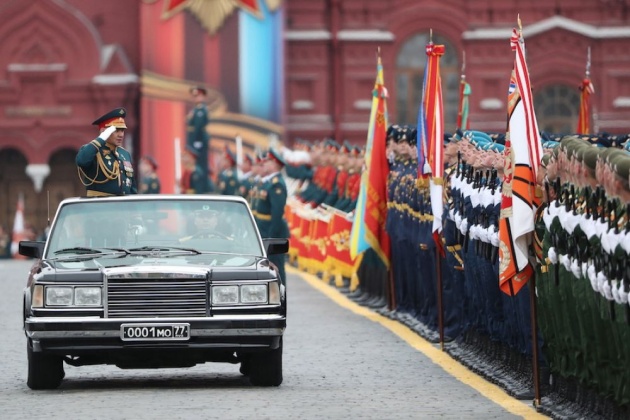 Image © The Moscow Times: The Parade in Moscow's Red Square. 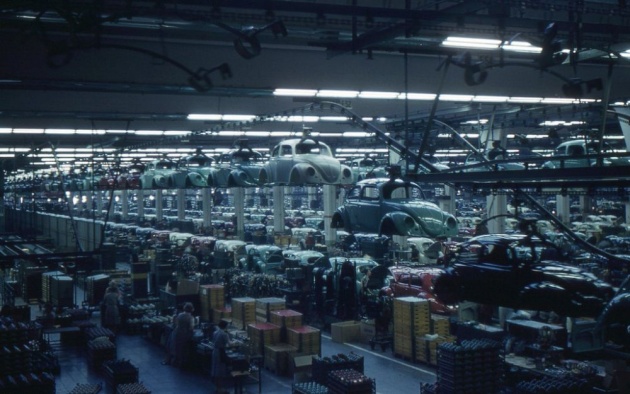 The countries of Europe also differ in their political systems, religions, and the amount of money earned by an average worker. Many of the European countries are constitutional monarchies. This means that the queen or king does not have complete power and the country is usually ruled by a parliament or other elected assembly. There are also many republics. Most of these are governed by elected representatives. In Eastern Europe, there are a number of Communist Republics. In these, the Communist Party decides how the country should be run.

The government in the Communist republics own almost all the factories and shops. In the rest of Europe, the government may own some industries, but most businesses belong to individuals. 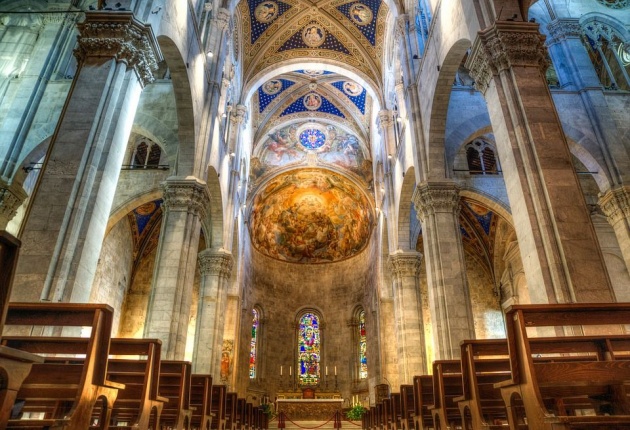 The people of some countries, such as Spain or Italy, are nearly all Roman Catholic. Other countries, such as Sweden and Denmark, are largely Protestant. In Greece, the majority of the people belong to the Greek Orthodox Church. There are large numbers of Jews in the European part of the Soviet Union and Jewish Congregation are found in most European cities. Because of the number of foreign workers from Moslem countries in Europe, member of the religion are found in several European states, especially in France.

Many different types of people live in Europe. On the basis of the language, they fall into a few main groups. The most important are the Teutonic (or Germanic), Slavic, and Latin. The Teutonic peoples include Germans, Dutch, Swedes, and Norwegians. Belongings to the Slavic group are the Russians, Poles, Czechs, Serbo-Croatians, and Bulgarians. The Latin people are descendants of inhabitants of the Roman Empire who spoke Latin. They include the Italians, French, Spanish, Portuguese and Romanians. The Greeks form a separate group. In Ireland, Wales, Scotland and the region of Brittany in France there is a large number of Celts. The old Celtic languages have by no means disappeared. Many Celts, however, speak English or French.

The languages already mentioned belong to the same family of languages: the Indo- European group. Another family of languages- the Ural-Altaic- is spoken by the Finns, Lapps, Hungarians, Estonians, and Turks. The language of the Basques, who live in south-western France and north-western Spain, is not related to any other tongues of Europe.

There are many reasons why so many people live in Europe. For one thing, it has a mild climate. Enough rainfall almost everywhere, and most of the land is fertile and can be used for growing crops.

Because of the Gulf Stream, which flows from the tropics, the waters of the North Atlantic are warm as they flow around Europe. This is the main reason why so much of Europe has mild winters and warm (but not hot) summers. Another reason is that the winds usually blow from west to east bringing this warm air far inland. Also, the mountain ranges of Europe stretching from west to east; they do not block the passage of this temperature air which they would do if they extended north to south. The mountains do, however, separate the countries along the Mediterranean Sea from the countries of the north. This gives them a different climate; rainy winters and hot, dry summers. Another area with different climate is in Eastern Europe, near Asia, where the winters can be cold.

The Jigsaw of Land and Water 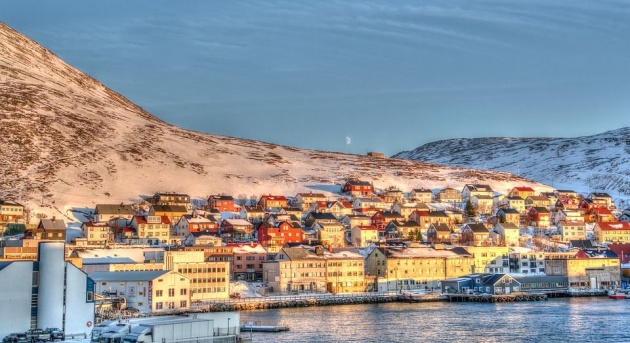 Few areas in Europe are very far from the sea. The Atlantic forms the north sea between the British Isles and Scandinavia. The waters flow further east round of Denmark to the Baltic Sea. In the north are the Norwegian Sea, the Arctic Ocean, the Barents Sea, and the White Sea which flows unto it. The British Isles is the mainland of Europe are separated by the English Channel. To the south, off the west coast of France is the Bay of Biscay.

The waters of the Atlantic flow far to the east as they go to the Mediterranean Ocean and on to the Black Sea. The Tyrrhenian, Balearic, Ligurian, Adriatic, Ionian and Aegean Seas, all branches of the Mediterranean, wash the shores of southern Europe. Because of Europe's uneven coastline, there are harbors almost everywhere. Where the temperatures are mild, these are free of ice even in mid-winter.

A number of islands lie off the coast of Europe. Some are big enough to support large populations; others are hardly more than rocks. The biggest of these islands is Great Britain, which is divided into England, Scotland, and Wales. To the west of Britain lies Ireland. To the north, off the Scottish coast, are the Orkneys, the Shetlands, and the Faroes.

Though Ireland touches the Arctic Circle, it is not the most central of Europe's islands. Deep within the Arctic Circle north of Russia, is the Spitsbergen group of islands and two islands of Novaya Zemlya and Severnaya Zemlya.The Balearic Islands, in the Mediterranean, lie off the eastern coast of Spain.

Europe's major rivers- easy for boats to travel on an connected by many canals- are still used for transporting goods. The plains along the rivers have good soil for growing grain. The longest of these rivers is the VOLGA. It is 2,290 miles long and empties into the Caspian Sea. West of the Volga is the Don. Near Volgograd, where the two rivers are only 50 miles apart, they are linked by a canal.

The list credits, by the article, the sources of illustrations, used by the author of "The Continent of Europe." Credits are listed below separated by a comma:
Pixabay.com, Flickr.com, and The Moscow Times.

All rights reserved, 2019. No part of this article

may be reproduced without a special credit of writing

from the publishers of Kids World Travel Guide and Wikipedia.

Have you ever thought about visiting Portugal? Have you have heard about our capital city - Lisbon? …