The Dance of a Siren

Looking like a bride, the city was all in white with white snow. It snowed nonstop, and the weather was so cold for sure. People like walking corpses with their hands in warm expensive overcoats passing to every direction as if they were lost. In a corner of a street on the sidewalk, there was standing a young man with an old wooden flute in his hands. He was wearing tacky clothes which barely covered his slim body. Every now and then he’d pick the handkerchief in front of him to dust the snow of off it, and then put it back on the snowy sidewalk before him. He’d start to blow his flute to please the passers with his melodies and receive a coin in return. But each would pass him without paying attention to his melodies, yet wouldn’t he give up, and he’d keep blowing with his shivering fingers and lips, and his breath’s vapor would fly out from every hole of the flute in the cold snowy weather. 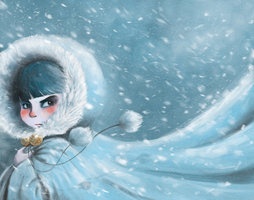 Everyone was heading home to escape from cold and snow. The streets were getting emptier every second. By the end of the day, the snow was falling heavier accompanied by wind; it seemed that the weather had a snow storm saved for night. The young man only had a few coins before him on his handkerchief. He couldn’t feel his feet, his muscles stung, and his whole body was numb. After each melody, he’d try to warm his cold fingers with his breath, but apparently it wouldn’t help much because he had trouble in caressing his only companion’s body. 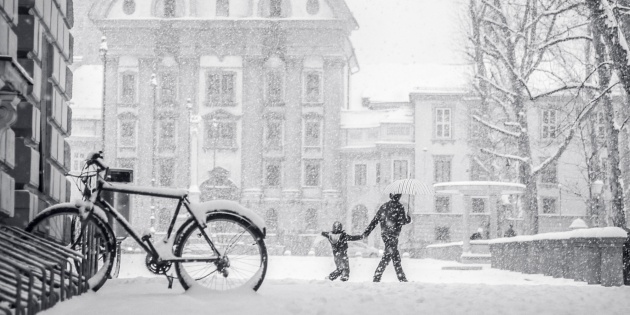 It was getting dark; you could barely find someone on the streets. The young man stopped playing. As a tear was running down his face, he looked up to the sky and murmured something. 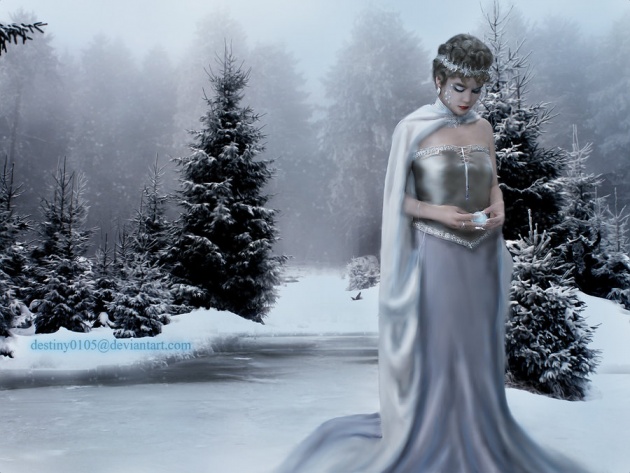 All of a sudden he saw a very beautiful woman; not a woman, she looked more like the goddess of beauty walking on the street in whites. The young man was astounded with her fairness and beauty. She was walking so gently; he couldn’t make any difference between the sound of his heartbeats and her steps’. She stood right in front of him and threw a handful of some white crystal things on the handkerchief. He noticed that they were all pearls and diamonds. He was so amazed with her beauty and generosity as if he’s seen a ghost.Her blue eyes reminded him of the oceans, and her golden hair of the warm sun rays. Her red ruby lips finally moved and he heard a whisper, like the sound of autumn breeze, saying “Play for me”. The young man put the cold flute to his lips and started blowing it; He moved his frozen fingers over the flute. His fingers were moving unconsciously over the flute; it was not one of his usual melodies. It was very different and new to him; it was a mixture of warmth, happiness, comfort, companionship, and love until the last breath. He played on and on his unique melody and the woman was moving with its rhymes; she was dancing to the melody, a very different kind of dance that the young man has never seen. Finally the woman stopped dancing and come closer and closer to him that he had to stop. He stared in her beautiful magical eyes; they were so deep and complex like a door to another world which dragged him. The cold feeling of her breath on his neck gave him peace and composure; he shivered, and then he felt the coldness of her lips on his; it made his heart skip a beat. He closed his eyes. Maybe he was thinking his miseries ended and he is the happiest man in the planet. 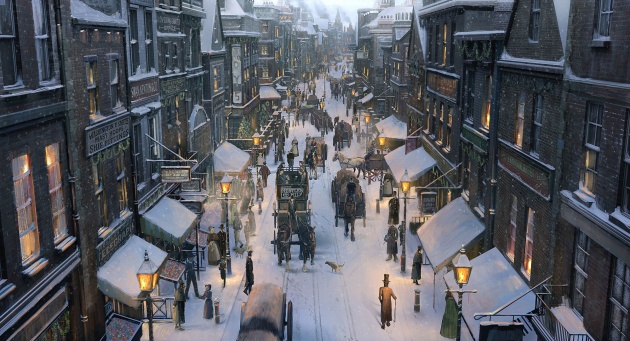 The next morning people came out of their homes to see how strong the last night’s snow storm was. They saw a young man lying dead on the sidewalk smiling with a flute in his hands. Before him, they saw a white handkerchief covered with snow and ice.