A man had a little daughter- an only and much-beloved child. He lived for her- she was his life. So when she became ill and her illness resisted the efforts of the best obtainable physicians, he became like a man possessed, moving heaven and earth to bring about her restoration to health. His best efforts proved unavailing and the child died. The father was totally inconsolable. He became a bitter recluse, shutting himself away from his many friends and refusing every activity that might restore his poise and bring him back to his normal self. But one night he had a dream.

He was in Heaven, and was witnessing a grand pageant of all the little child angels. They were marching in an apparently endless line past the Great White Throne. Every white-robed angelic child carried a candle. He noticed that one child’s candle was not lighted. Then he saw that the child with the dark candle was his own little girl. Rushing to her, while the pageant faltered, he seized her in his arms, caressed her tenderly, and then asked: “How is it, darling that your candle alone is unlighted?” “Father, they often relight it, but your tears always put it out.”

Just then he awoke from his dream. The lesson was crystal clear, and its effects were immediate. From that hour on he was not a recluse, but mingled freely and cheerfully with his former friends and associates. No longer would his darling’s candle be extinguished by his useless tears.

“For You have delivered my soul from death. Have you not kept my feet from falling, That I may walk before God In the LIGHT of the living?” 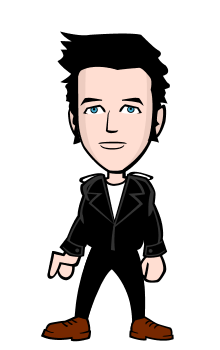 WHAT DO I DO WHEN PARTICIPATING LIBERTAGIA

Looking for how to promote my website for free

How do you think is it important both fell how to promote my website for free? Yjj http://buypermali…

The Dark Candle A man had a little daughter- an only and much-beloved child. He lived for her- she w…