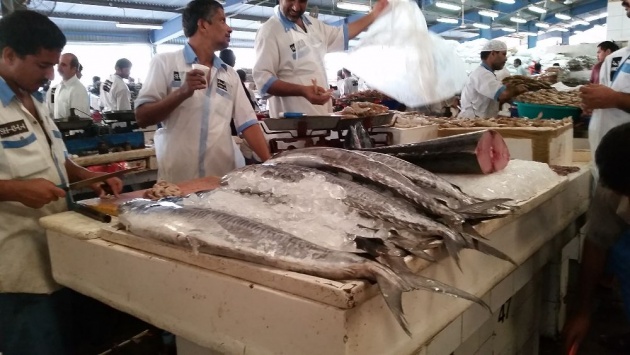 Dubai stands in the middle of the desert and although there's sands all around, it doesn't mean that the city don't have the good food that one needed specially the sea foods and vegetables.

My brothers and I had to go to the Dubai Fish Market every Friday mornings as that is the only day in Dubai where I don't have to go to work as well as my brothers. I have a few photos of us in the market and so as the things we can see there in the fish market. Actually, the market doesn't only has fishes in it, it also has vegetables and fruits just like a normal market but then what I had only taken photos here are the ones from the fish area as that is the only place in the market which we go to because we like to buy fish sea foods.

I have seen some fishes which are also in the Philippines while I was surprised to see small sharks being sold there! And these people selling them are all in uniform and I find that really neat. I also know that this place won't be really clean but it is although it is wet and smelly because of the fish smell. 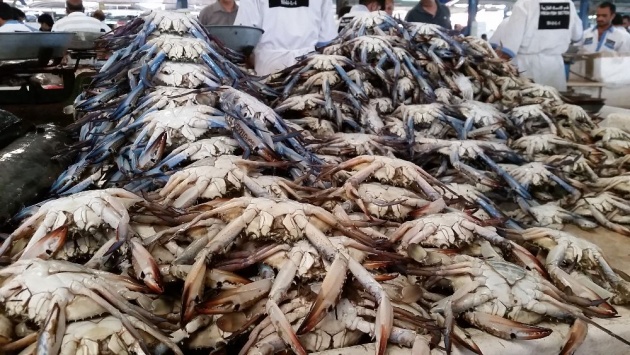 Was really amazed as to how they get these crabs arranged, everyone where lying upside down. I guess they had made it to be like that as the freshness of the crabs can be seen through these parts. 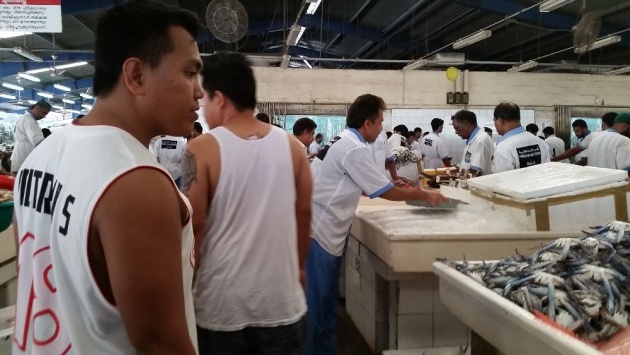 Here my brothers were roaming around to look for whatever they want to eat on that day and we will have to preserve the others for the following days. 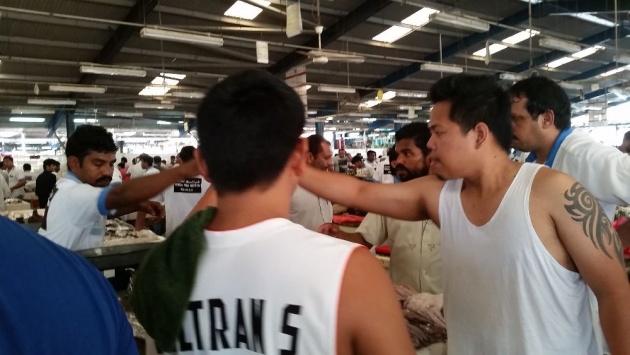 My brother buying squid because we love eating that as fried adobo. The funny thing about the Dubai Fish market is that the vendors here who are mostly Pakistanis and Indians know how to speak tagalog. Once they see a Kabayan coming into the seafood area, they would say "suki, suki, mura lang ketong...etc".