The Dying Africa, The case of Coca Cola Company Ltd.

there are no words to describe how disgusted    enraged and heartbroken I am  by such a corporate negligence.

Apparently, for 9 years  a civil law suit was filed against Coca Cola Company ltd. in a court of Nigeria; solely responsible for the production of Fanta, Coke and Sprite beverages  in Nigeria and Ghana West Africa.

Dr. Fijabi; a businessman exporting coca cola products to neighboring African nations lost N12 million (Nigerian  currency) worth of Fanta and Sprite when he decided to expand his business to Europe(England).

In 2007, Dr. Fijabi, exported Fanta and Sprite drinks worth N12 million produced by Coca Cola company ltd. in Nigeria to England. However, under the regulations of the food and drugs board testing, the products were tested positive for poisonous levels of Benzoic acid and sunset additives, the products were declared by officials of the food and drugs board as dangerous and poisonous for human consumption and were consequently destroyed.

Dr. Fijabi, returned home and sued Coca Cola company ltd. for negligence, breach of duty  of care to it's customers and lost of earnings.

Sad and heartbroken as it is,Coca Cola only made one defense,  stating that "Mr. Fijabi, as at the time of purchase of the products did not inform the company that he was exporting to England and that those were strictly produced for local consumption in Africa." they also wickedly stated that if the company was aware that Dr. Fijabi was exporting the products to England, the y would have reduced the level of poisonous Benzoic acid and the sunset additives.  How disgusting!

The Lagos high court under justice Adedayo Oyebanji was crying when she read out the verdict describing the coca cola company in Nigeria as callous and negligent. She also cursed the parents of NAFDAC the distributor of Coca Cola products in West Africa for not properly testing the products in Nigeria and Ghana.

cancer was among the list of ailment caused by the present coca cola products especially when consumed with vitamin C tablets. The justice ordered the company to add written WARNING on Fanta and sprite bottles that, "this product must  not be taken with  vitamin C"

My question or concern is that, '"Where is our love for humanity gone for this  generation? 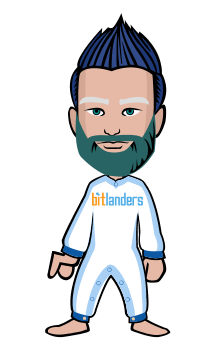 How is amazing is that light of sky at the Guangzhou International Finance Center in Guangzhou. And …

"Moments In China" by Ryan Emond

This Beautiful Time lapse video was made by Ryan Emond (Passionate about exploring new places, the h…

Iran football was nominated in five sections: the best team, the best player, the best futsal and th…

After Shanghai, we are off to Guangzhou to visit our best full package business, a leather factory c…