Brave New World represents a most undesirable world: here it is the appearance that matters, social class and obedience. To follow the mass is a dogma, and whoever disagrees with it will be rejected and treated as if he is a fool.

The unpleasant point is that the fanatico society described in Brave New World (called World State) has many points in common with the western readers reality and, because of this, the novel has been sometimes rejected by schools. There are, however, also positive aspects in the World State: sadness is seldom found, and sickness and ageing are eradicated.

Characters in the novel mirror the virtues and vices of society and, thanks to this, there are figures for which the reader feels empathy, and others that are far from what the reader wants to be. It is possible to find, during the novel, many behaviors which may be labeled as “fanatico”: there are characters in representation of such attitudes, and characters against this way of life. 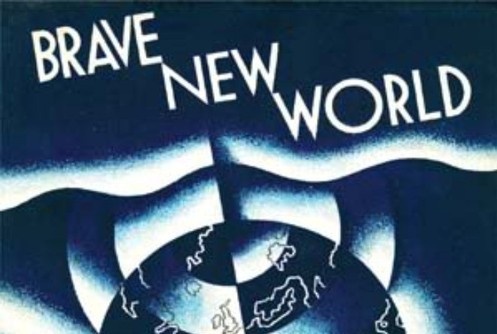 Among the first group there are Lenina Crowne, Mustapha Mond and Linda; among the second one, there are characters like Bernard Marx, Helmholtz Watson and John Savage. In a world where a fanatico attitude is promoted (and seldom obliged), is interesting to discover how the second category of people is able to live and be fulfilled.