The Examer Film Project, Renewable Resource for Sustainable Education and Business in Afghanistan and Central Asia

Roya Mahboob traveled to California and met with Biz Stone, Co-Founder of Twitter. Biz invited her to be part of his board for Jelly HQ, and opened the conversation about “People helping people to help others.” The concept associates well with our work in philanthropy and education, “People Inspiring People to Inspire Others.” It also confirmed our intention to work with Twitter and other social media tools to consolidate sustainable education and social entrepreneurship.

This week, Mike Sweeney introduced Roya Mahboob and myself to Peter Bordes of Internet Media Labs and his work in the industry of monitoring social media activities, starting from OneQube. 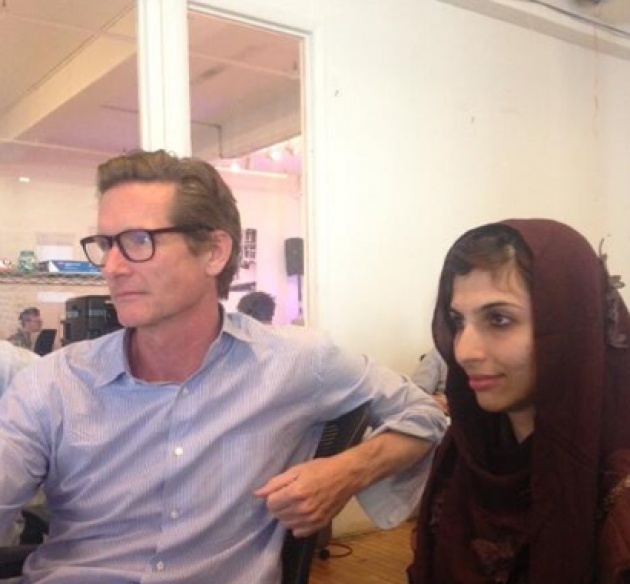 When I saw his interface I thought, “this is the equivalent of Bloomberg Terminal for monitoring hashtags and long tail keywords on social media, we can use this for our sustainable educational projects in Afghanistan, Central Asia and other developing countries.” The #ExamerFilmProject can be the first test and initiative. Check out the SeeSaw screenshot below and you'll get an idea:

This is See Saw today:

this below is my vision if we combine the real time Twitter monitoring with the Examer Educational and Vocational Platform, when the students can express their own Ideas #StoryTelling and get rewarded with Scholarships, in this case by Film Annex, but also open to other companies and sponsors:

Film Annex's Creative Director Eren Gulfidan has been gathering filmmakers' advice on how to produce film treatments. We want to learn from the students of Afghanistan and other developing countries what their creative mind would like and build digital media projects from there. Check what filmmaker Mark Kuczewski wrote. Let me explain better. The movie The Matrix came out in 1999, before companies like Facebook were founded. We all know that in particular in technology, fiction anticipate reality, consequently allowing young women and students of developing countries like Afghanistan to express ideas in form of fiction or documentaries. It is a fast lane to success and inspiration. Our job is to provide them with the tools to do so.

Professional or high level blogs, articles and consequently film treatments, in the students' native languages and English... For me, the world starts in Herat, Afghanistan.

Access and familiarity with social media tools like Twitter, See Saw. The students learn from me, I learn from them, and together we create new projects and realities. As we say in Italy: "One hand Wash the Other, Both Wash the Face."

A clear understanding of the online film distribution and advertising industries, where to distribute the content and create sustainable business with advertising revenues.

Access to quality filmmakers as cinematographers, screenwriters and film editors, to learn from or work with on new projects. Film Annex has 40,000 registered filmmakers! On Examer, we have 5,000 registered Afghan girls waiting to express their untapped creativity. It's a good match.

Central Asian girls inspire professional filmmakers and social media experts, and vice versa. It's also quite a new prospective on the Matrix. Is this maybe the first step towards a digital version of the film industry and Hollywood embedded in the Matrix of today? What would Lana Wachowski and Andy Wachowski, co-directors and co-writers of The Matrix, say? 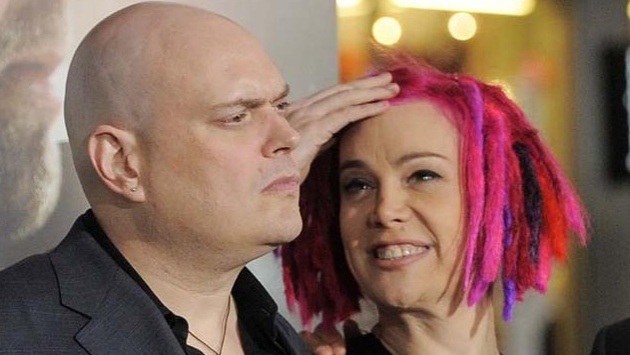 People like Shaun Hinklein, Eren Gulfidan, Elaha Mahboob and the best filmmakers of the Film Annex community are working to explain the nuances of the project, and film and digital media industries to the Afghan female students. The communication will be with tweets and other social media messages associated to hashtags like #filmannex (to include in the world of Film Annex, online film distribution and sponsorship), #examerfilmproject (to define the parameters of the vocational and educational project associated to the Examer software), #youridea or even better in Farsi #نظر شما در to inspire the students to express their OWN IDEAS and open their mind to their creativity.

Check out the Film Annex's brainstorming team on a Friday afternoon:

My vision is to inspire and monitor the results through real time platforms like OneQube and See Saw, where the students and filmmakers can inspire each other over and over and over, creating better and better content, and gather and share more and more content. It is a constant strive to improve, entertain and educate.

This week, our team in Herat, Afghanistan, headed by Elaha Mahboob, opened the 9th classroom in the school of Merman Hayati, where 3,000 new students are joining the World Wide Web and the world of creativity and sustainability. Later this week, we will publish the videos on the construction process and opening ceremony. Stay tuned. 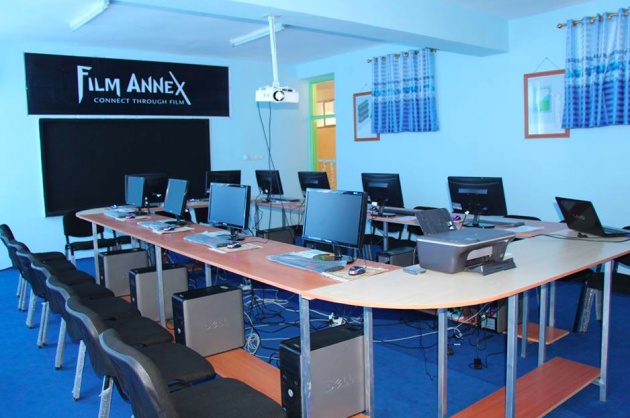 What Wikipedia Can't Tell You About Marketing