The Five People You Meet In Heaven: A book all about death and intersecting lives.

But all endings are also beginnings. We just don't know it at the time" --The Five People You Meet In heaven by Mitch Albom

The line is intriguing, it will make you step back, think, analyze, remembering everything that had happened in your life. Your pains, your joys, someone else's birth and someone else's death.

A second book that I bought after "Tuesdays with Morrie", this is another from Mitch Albom, another book/novel about relationships, love, and death. And before its sequel by 2018, I want to share the book, what did I learn. 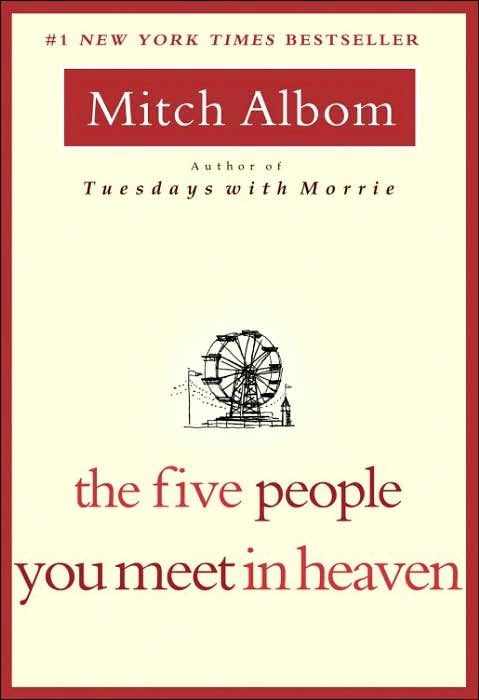 Image is credited to wspucla.wordpress.com

"The Five People You Meet In Heaven" is a novel that tells us about the story of life and death of Eddie, who is the maintenance of an amusement park named Ruby Pier. And he is called "Eddie Maintenance", that his heroic act to in trying save a little girl that had caused his death on his 83rd birthday.

He then awakens in the afterlife, where he learns that Heaven is not a lush garden of Eden, but a place where your earthly life is being explained by five people who are waiting for him. 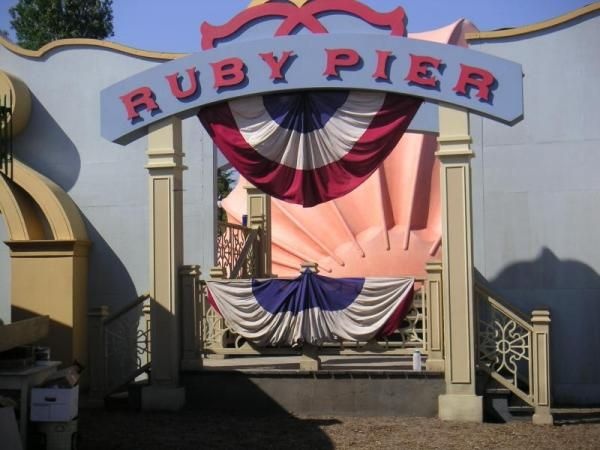 But who are the five people he met in heaven, what are their connection to his life?

Eddie's journey, the  five people and the five lessons.

1. Blueman. This the first man Eddie met after he died. The man he wasn't sure if he already met and questioned how he come to be the first person.

The Blueman used to work on a carnival until it get into Ruby Pier. He is called the "Blueman" for his skin color, that was the result of taking silver nitrate as a cure for his nerves but it didn't work, instead made his skin gray until it turned into blue.

Eddie caused the death of the Blueman, but wasn't aware. It happened when Eddie was still young and just playing baseball. With their "meeting", Eddie told the Blueman of "paying" for what he had done, but the Blueman was just trying to teach him something, about what death is, what his life was.

Fairness", he said, "does not govern life. If it did, no good person  would ever die young."

No life is a waste. The only time we waste is the time we spend thinking that we are alone."

That death doesn't just take someone, it misses someone else, and in the small distance between being taken and being missed, lives are changed." 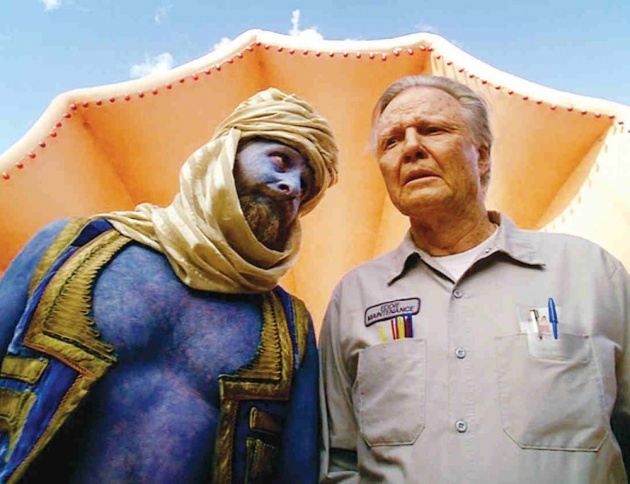 2. The Captain. Second person Eddie will meet. Eddie joined the army and served during the war, the Captain was Eddie's commanding officer. They fought in the Philippines and parted in the Philippines, since then they haven't met again, and Eddie don't know what had happened to him.

During the war, Eddie learned a lot. Learned to ride atop of a tank, shaved with cold water in his helmet, learned to smoke, march. He also learned to cross a rope bridge while carrying, all at once, a radio, a carbine, a gas mask, an overcoat, a tripod for a machine gun, and several bandoliers on his shoulder. Praying quickly too, while keeping Marguerite's picture on his pocket.

They were held captives during the war, with their fellow soldiers, and one was killed by their captors in front of them. It was through Eddie's talent to juggle, that he learned when he was seven years old, that made them escape from captivity. Eddie diverted their captors' attention.

But why Eddie met his Captain?

The Captain was the one who shot Eddie on his leg. With the Captain's confession, Eddie didn't see that coming, he didn't know about who shot his leg until that confession, and his heart was filled with pain and anger, asked why the Captain has to do that and the Captain said, "I took your leg, to save your life". Eddie tried to get into the huts that they burn after escaping and killing their captors, for Eddie had heard something inside one of the hut. It was a close call for the Captain, he had to save Eddie, he had to stop him.

The Captain died while they are making their escape. A landmine exploded while clearing their way, his body was was split into pieces. Sacrificed himself, for Eddie and his fellow soldiers to survived.

Sometimes when you sacrifice something precious, you're not really losing it. You're just passing it on to someone else." 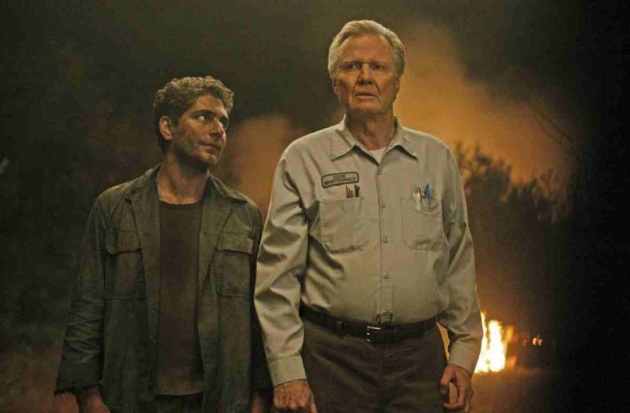 3. Ruby. Ruby is the the wife of the owner of the amusement park, and whom it was named after.

But what is her role, why she is one of the five people Eddie will meet?

Eddie never met Ruby when he was still alive, she is a total stranger to him. Ruby's part on the five is to tell what Eddie doesn't know, something about his father, how he died. Eddie hasn't talked to his father, even before he died. No word was said until his last breath. Unknown to Eddie, his father didn't just die on his sleep, that during his last night, he tried to call out Eddie, Eddie's mother and Joe--Eddie's brother.

Ruby explained why his father chooses friendship and loyalty over getting even with his friend, for what he had done to Eddie's mother. Somehow, Eddie's returning a good deed what his friend Mickey had done for him, for his family. And why Eddie had to forgive his father.

Holding anger is a poison. It eats you from inside. We think that hating is a weapon that attacks the person who harmed us. But hatred is a curved blade. And the harm we do, we do to ourselves." 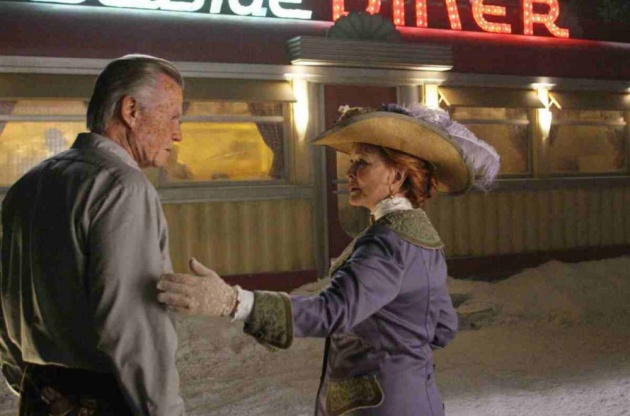 *Image is credited to toutlecine.challenges

4. Marguerite. The fourth person Eddie met was his wife. They have been married for years, but never blessed with a child. They are having thoughts on adopting one until Marguerite met an accident. The money that aws set aside for their adoption was spent for the bills on the hospital, Marguerite recovered but the died  due to cancer.

The time they met was the time that Eddie showed his undying love to Marguerite when she was still alive. Catch up and never wasted any time. And they talked about their love for each other, their undying love.

Life has to end. Love doesn't." 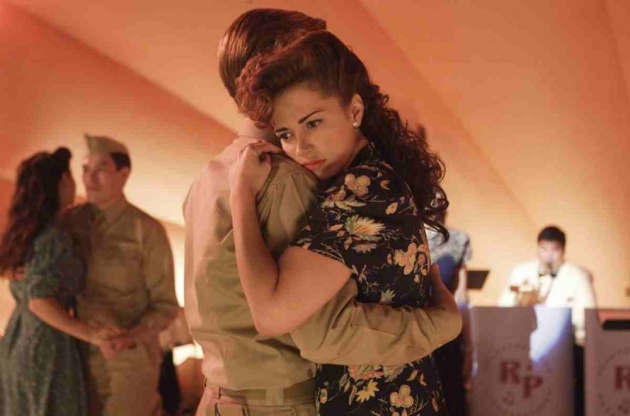 *Image is credited to pinterest.com

5. Tala. The fifth person is a girl named Tala, the five-year old girl from the Philippines.

When Eddie together with his fellow soldiers was escaping and burning the houses of their captors, someone is there. Eddie was right that he heard or saw someone inside one of the huts they burned and wanted to check and save, that was Tala. Tala told Eddie that he is the one responsible for her death, and he felt sorry for the little girl that he hadn't known until their meeting.

Tala asked Eddie to wash her in the river, and while she is being washed, she told him about what he had done to the other kids, he keep the kids safe by fixing rides in the amusement park, and somehow had make it good to Tala.

The question that Eddie had asked to every people, if he had save the little girl, Tala has the answer.

Eddie SAVED the little girl that caused his death.

Learning what he had done, he found that his death has been a meaningful one. Then he was engulfed by the river, and the water washed away his pain, his wounds, his scar. He then realize that the colors that appears every time he meet with the people, that was his emotions that has being held. 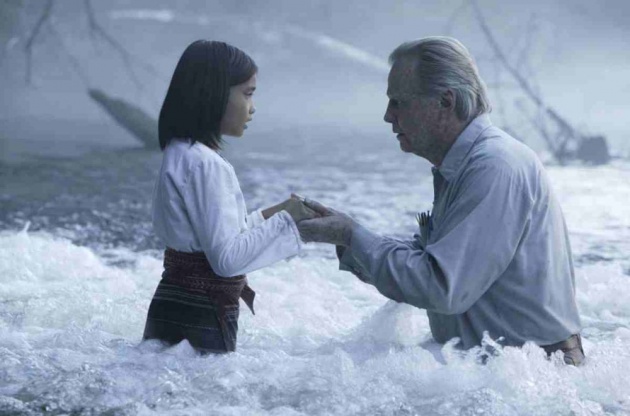 Our lives intersect with someone else's life. That each lives affect the other and the otehr affects the next. The world is full of stories, but the stories indeed are all one.

The book had been made into a movie, if you can not find the book, hope you can find the movie and hoping that you will love and learn as much as I did from Eddie's life and Eddie's death.

Here is the trailer of the movie.