The Gap That Leads to Terrorism 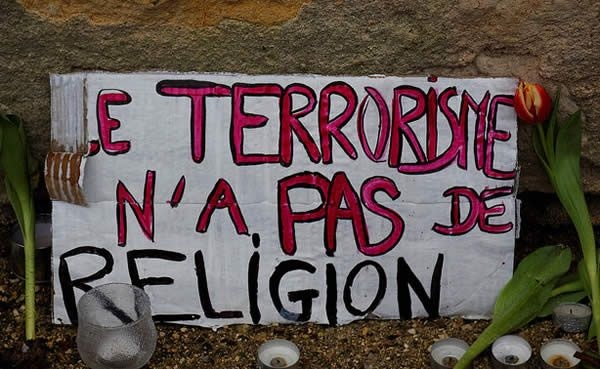 Why should a religion be victimized by the act of an ignorant individual? I have asked myself this question often. To find the answer, I have been reading books and websites and watching the debates on the issue.

The only thing I have figured out so far is that the root of fundamentalist Islam started sixty years ago, when Israel seized Palestine lands. Subsequently, as I see it, the new state of Israel began a massacre of Arabs living there, and supported by the West, Israel continues to kill thousands in Gaza strip. I ask myself why Israel has not been included on the list of terrorist countries?

During the same period of time, Muslims have encountered inequality in the West and become second-class citizens in many European countries. Even after generations in a country, it seems to me Muslims are not considered German, French, or British, but are considered immigrants. And these immigrants are facing an identity crisis.

Actually, all three of the major religious groups in the region, the Christians, Jews, and Muslims, keep blaming each other for the crisis.  They seem unaware that in Europe, Muslims are always reminded of their race and religion, instead of working towards unity and solidarity and creating equal opportunities for all.

In France, two weeks ago, when Muslim terrorists killed twelve members of the staff of Charlie Hebdo magazine over their cartoons, Muslims and non-Muslims alike condemned the murders. Muslims in Europe marched beside non-Muslims to show their sympathy and solidarity.

Islam is against the killing of unarmed civilians and the cruel killings were not Islam. Those attackers did not belong to our Islam. They were terrorists using Islam as a rationale for their violence.

However, I think it must be difficult to coexist in a country like France that allows a magazine to publish cartoons that insult Muslims’ religious sensitivities.

People are wrong to judge Islam as a violent religion.

Because of this misbelief, Muslims as a whole are being profiled and subjected to what I see as discriminatory searches at airports or denied visas altogether. Their accounts and social networking are investigated.

People need to understand that if you burn our Holy Qur’an, or mock our Prophet of Islam, sensitive Muslims—often  young men without adequate knowledge about Islam—take insult, become angry, and want to retaliate. It pushes them into the hands of terrorists’ groups.

I am not defending what the killers did in France.  I strongly support freedom of speech, freedom of expression—as long as they do not insult people’s religious values.  I don’t advocate violence against those who insult our religions. But we should protest peacefully.

I want to make it clear that whether it is the Taliban, ISIS, or the Pakistani terrorist groups, none of them represent  Islam.  They are killing Muslims and non-Muslims alike—their aim is to spread Islam as a phobia.

Think rationally and ask: Who are these people? Where do the terrorists come from? Who supports them? Where does the money come from to fund their sabotage and terroristic actions? Who are those despots who lack mercy for anyone, Muslim and non-Muslim?

I am sure there are some powerful hands behind the scenes that operate and order these terrorist groups to act, and then pretend to be defenders of democracy and peace. Later they may realize their mistakes, but by then it is too late, as with ISIS in Syria. After all, consider how the Taliban initially got formed, and the countries that once supported them.

Charlie Hebdo—even after its staff was killed—continued to publish cartoons of the Prophet of Islam. But even if millions of copies of this caricature under the name of Charlie Hebdo were published, it would not change a thing, except to create a larger gap between Muslims and non-Muslims and give pretense to terrorists for continuing their fighting.