The Good Tearjerker that is Violet Evergarden 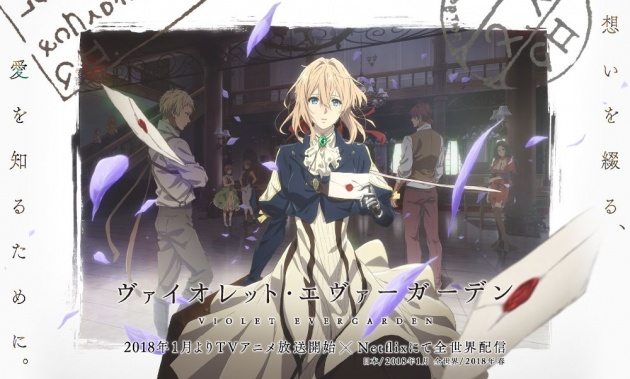 If I have the power to “1up” another anime series because it needs to live, it will be probably be Violet Evergarden. I thought I know what was coming when we decided to watch this, judging from the teaser, but it's more of a drama series rather than an action anime.

Violet Evergarden isn't a place, as I first reckon, but it's the name of a female protagonist. Hers has a very feminine-sounding name, but this femme fatale kicks ass like it's nobody's business. She was captured by a navy officer at a very young age and was mentally and physically trained (more like programmed) to be a special asset of the army.

The series begins when the war just ended in their fictitious world. She woke up then from a hospital bed with prosthetic hands, and was recruited by an owner of a postal company, per her commander's orders. She began as a courier at first, but because she wanted to fully understand what her commander said to her before they got separated, she applied to become an Auto Memories Doll, a job which writes letters for clients that involves grasping the real meaning of the client's message and typing it in the letter. 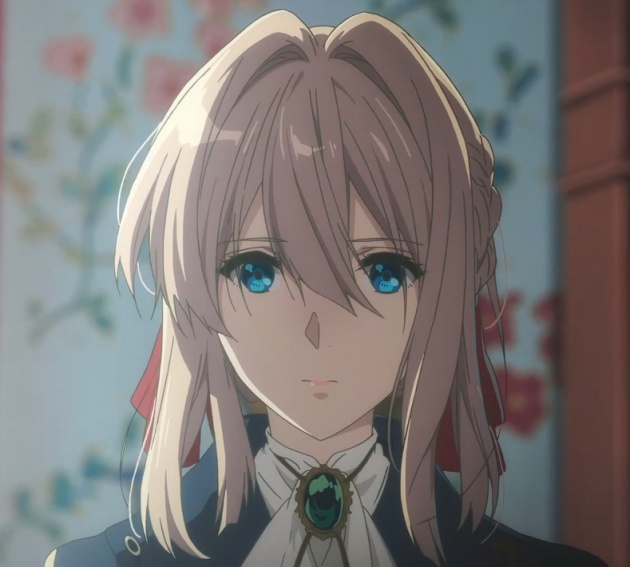 Violet is a highly-skilled military agent in the Leidenschaftlich army. She was trained to kill efficiently at a very young age. At the end of the war, she lost her upper limbs and was replaced with prostethics. Because there's no one to guide and teach her societal relations other than her military superior, she became an innocent, straightforward girl with an unwavering obedience to commands. 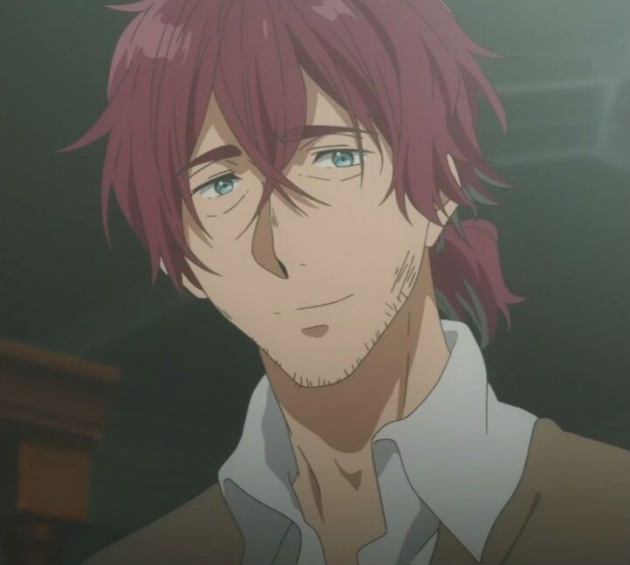 Hodgkins is a retired army officer who opened up the postal company (CH Postal Company). He's good friends with the major and hired Violet to work for his company because it was the Major's “dying wish.” He's a rich dude with a charismatic charm to him, but is also laid-back and caring. 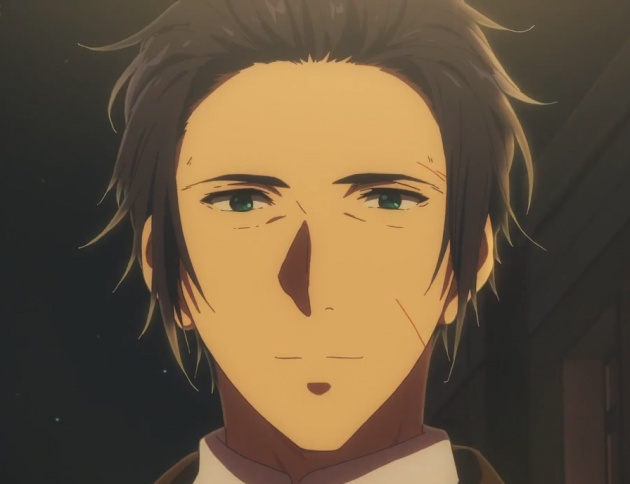 Gilbert is a major in the Leidenschaftlich army and was also Violet's superior and mentor. He was declared dead in the series' beginning, but often reappears from flashbacks and Violet's thoughts. He's the driving force for Violet to carry on with life. I see him as a compassionate character, especially to the heroine. 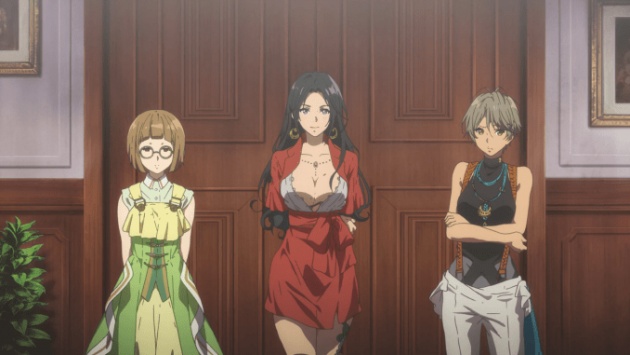 Cattleya is the most requested Auto Memories Doll in Hodgkin's postal company (usually dealing with love letters). She is seen as a warm, understanding and thoughtful person, sensitive to the feelings of others. She and Claudia have long been friends and casually teases him in the series.

Iris is an Auto Memoies Doll who came from a rural family; she wants to work as an office girl and proves she has what it takes to be the most popular Doll in their region.

Erica is also an Auto Memories Doll who applied for the job because of her passion in writing.

Benedict is a postman in CH Postal Company who is outspoken but cares for others, specially women. However, he and Cattleya often bicker (but sometimes they get along).

Dietfried is the navy officer who found Violet and gave her to his brother as a gift (from the major's promotion). He's a stern man who is often angry with Violet's ways, but can be cooperative when situation permits.

There are 13 episodes of Violet Evergarden in the first season (hopefully it will be renewed without compromising the artistic and emotional quality of the first). Almost every episode has a standalone story, though snippets or elements of each story have carried out onto the succeeding episodes. 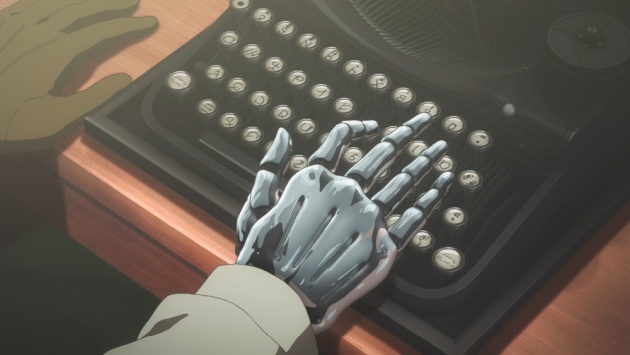 As mentioned earlier, the series starts off at the end of the war in a fictional setting. The heroine wakes up from recuperation and finds out her full arms are now mechanically metal. A postal company owner employs her as a postman but because of the last words from her commanding officer, she applies for a job (at the same company) which involves typing in a client's true expression because she wants to understand what her commander's words truly meant.

Live... and be free. From the bottom of my heart, I love you.

She undergoes training for the said job, acing the technicalities but still failing the program because she can't convey the true intentions and meaning of her mock-client's request. After the help of that mock-client—who was also her co-trainee—did she pass as a bonafide Auto Memories Doll. 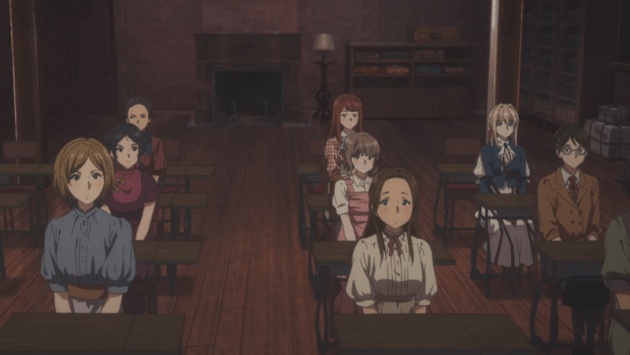 Her first real customer was her female co-worker, as requested by the co-worker's family to write invitations for a party that didn't turn out well. She gets caught up in its family issues and the co-worker's unrequited love but manages to make up for her insensitivity. She then realizes how hard it is to express the same words her superior had spoken.

Words can have different interpretations. What one says isn't the whole truth.

As the series progresses, she develops emotional intelligence needed to convey the true meaning behind her client's words, and translate it in the sincerest way possible. Her clients include a young princess who needs to have an intimate marital relation with another prince of another kingdom, a seemingly cold scribe who awaits for his dad to return to their observatory, a drunkard playwright who creates a play dedicated to his late daughter, a sick mother who commissioned her straining that mother's relationship with her daughter, and a wounded soldier who needs tell something about his loved ones before breathing his last. 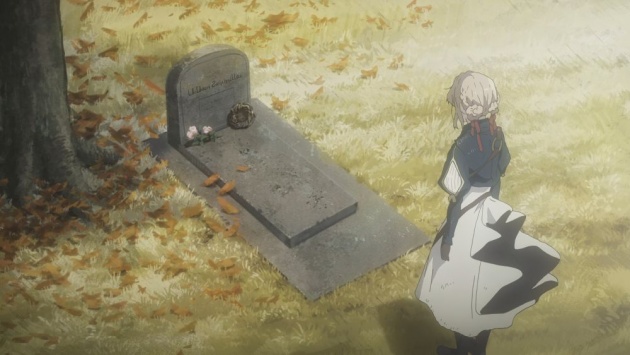 Somewhere along the way, she finds out that her commander is presumed dead, and it shatters her reason for living and even working. She comes around after much support from her boss and colleagues and realizes that receiving a letter brings inexplicable joy to the recipient, so she continues to be an Auto Memories Doll. The series ends with her writing to her commander with the letter getting released via a flying airplane (Air Show), and accepting a new commission.

Why It Tugs at The Heartstrings

Like Wolf Children and Your Name, this anime will really make you cry.

The stories of episodic characters were really touching. Violet Evergarden presents different stories that trigger the soft emotional state of the watcher. We are shown how a mother goes to great lengths just to let her child feel her love even if she already passes away, and what a dying person wants to tell his loved ones before passing away. These are just a couple of tales but these two have the most touching stories because of the painful truth that one might experience it (or already have) in his/her life. It makes one feel emphatic. 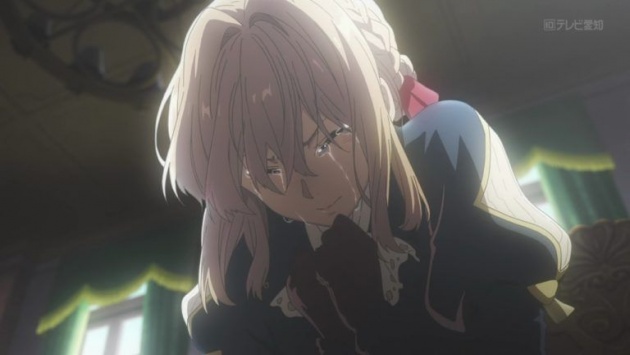 We are also shown the inner feelings of characters, not from their own thoughts but from their own words. Violet's naive bluntness brings out these hidden emotions out of other characters. And after wording them out, come into acceptance, find a solution and cope with the reality of rejection, longing, loss, regret or emotional pain in general. The series tackles certain emotional issues inside of humans that are too fearful, embarrassed, or hurtful to even discuss.

Violet Evergarden is not all tears, though. Because of the heroine's unique personality, you will find her endearing and you might even entertain the question: “Does someone like her even exists?” She has shortcomings, but her unnoticed love (especially to Gilbert) and the way she handles her tasks makes her a memorable character. Maybe you can even probably identify with her struggles in a sort of way.

Overall, I think this is drama anime at its finest—from story, character development, animation, and execution. I hope the OVA would also be good.

Disclaimer: pictures, videos and write up are originally shot/written by lapiz-lazuli, unless otherwise stated. Violet Evergarden is created by Kana Akatsuki and Akiko Takase, and (digital content, merchandise) is property of Netflix and Kyoto Animation. Views and opinions on this blog post are truthful, but subjective, and are not influenced by sponsorship of any sort.