One of the preserved meat specimens from the Arthur Byrd Cabinet at Transylvania University.

On 3 March 1876, large hunks of flesh fell from the sky over Olympia Springs in Bath County, Kentucky.

According to a New York Times article published the following week, the phenomenon occurred right nearby the house of one Allen Crouch, whose wife was outside making soap when it happened. “The meat, which looked like beef, fell all around her. The sky was perfectly clear at the time, and she said it fell like large snowflakes.”

If this was a documentary, the words “MEAT SHOWER” would appear on screen right now, with trickles of little red meat flakes falling behind. A few select flakes would fall in front of the words for effect.

Back at the Crouch residence, a Mr Harrison Gill – whose veracity was described by the The New York Times as “unquestionable” – visited the day after the alleged flesh falls and noted the presence of meat sticking out of the fences and scattered across the ground. At least one of the hunks measured 10 centimetres squared, but most were about 5 x 5 cm. They were apparently fresh when they fell, but having been left out all night, they were now spoiled and dry.

Two unidentified gentlemen turned up to taste the meat-rain and declared that it had the flavour of either venison or mutton.

“WTF is even going on here?” The New York Times didn’t say at the time.

The first explanation came three months later, when someone called Leopold Brandeis received and analysed some of the specimens that had been preserved in glycerine. He announced that the ‘meat’ was not actually meat at all. “At last we have a proper explanation of this much talked of phenomenon,” it was reported in Scientific American that year. “It has been comparatively easy to identify the substance and to fix its status. The Kentucky ‘wonder’ is no more or less than nostoc.”

A type of cyanobacteria that forms colonies surrounded by a protective gelatinous envelope, nostoc is known to swell up into a translucent jelly-like mass whenever it rains. Because it’s so inconspicuous when dry, for many years, people believed nostoc to float on the breeze until it rained, which caused it to fall from the sky like hail. Colourful nicknames such as “star jelly”, “witch’s butter”, and “star-slubber” were thrown around.

Brandeis identified the Kentucky nostoc as belonging to the species Nostoc craneum,which he described as “flesh-coloured” in The Sanitarian. But really, it honestly just looks like the colour of seaweed. It tastes like frog or spring chicken legs, he said, and had ballooned and fallen upon the Crouch residence when it rained.

But wait a minute, what rain? Didn’t the Crouches report it to be a perfectly clear night? Brandeis!

Fortunately, Brandeis didn’t play a completely useless role in the investigation, because he had given a couple of mystery meat samples to experienced histologist and president of the Newark Scientific Association, Dr. A. Mead Edwards, who said it was likely the lung tissue of a human infant or a horse. Another histologist, Dr. J.W.S. Arnold, studied the specimens and agreed, concluding in The American Journal of Microscopy and Popular Science that they consisted of some kind of animal cartilage and lung tissue.

Eventually, seven samples were examined by several scientists, who confirmed two to be lung tissue, three to be muscular tissue, and two were said to be made of cartilage. So how did they come to be involved in the Infamous Kentucky Shower of Flesh?

Enter the man with the best explanation for the “shower of quivering flesh” that we’re probably ever going to get – Dr L. D Kastenbine, who wrote in a 1876 edition of theLouisville Medical News that it was, quite literally, a coordinated bout of projectile vulture vomit.

Having obtained a sample of his own, Kastenbine set fire to it and observed that it smelt distinctly of rancid mutton. “The only plausible theory explanatory of this anomalous shower appears to me to be that suggested by the old Ohio farmer – the disgorgement of some vultures that were sailing over the spot, from their immense height, the particles were scattered by the prevailing wind over the ground,” he wrote. “The variety of tissue discovered – muscular, connective, fatty, structureless etc – can be explained only by this theory.”

Two species of vulture are found in Kentucky – the black vulture (Coragyps atratus) and the turkey vulture (Cathartes aura) - both of which are known to projectile vomit their stomach contents away as either a defence mechanism or to make themselves light enough for flight. So maybe?

Or, you know, it was this guy: 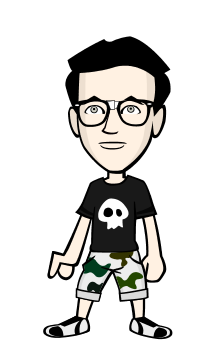 Im just a ordinary guy who was born in the land where the Lord Gautam Budhha was born.

Directing alone is not the pinnacle of a career in the film industry. For men, it is being a produce…

Source: Google Bermuda Triangle is a strange and one of the most mysterious area of the world. Shape…