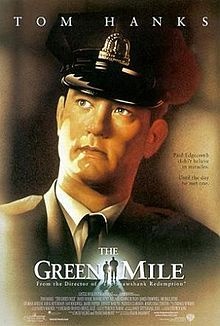 The film is about a group of Death Row guards during the 1930’s, who discover  that a newly arrived prisoner has a special gift

The film begins when the officer Paul is old and is living in a nursing home,crying heavily after seeing it's
Top Hat, and started  to tell his life story to his friend , a story that dated back  to the thirties
, where Paul was still a young  officer in the Louisiana prison for the execution of the electric chair 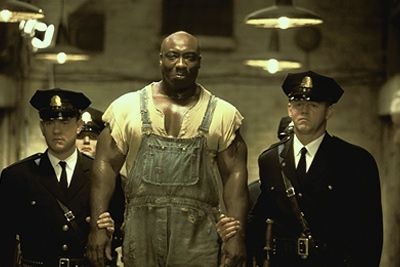 the main theme is  the presence of John Coffey , a man whose own lawyer says he seems to have "dropped out of the sky."  ,  was accused of killing two girls

There are several scenes of powerful emotion in the film. Some of them are about the details of the death  chamber, and the process by which the guards perform the execution and the scenes when coffey treats the old woman and the death of coffey himself

in overall , the film is worth watching 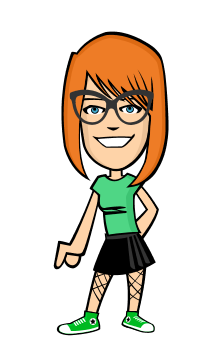