The High Price of Freedom of Speech 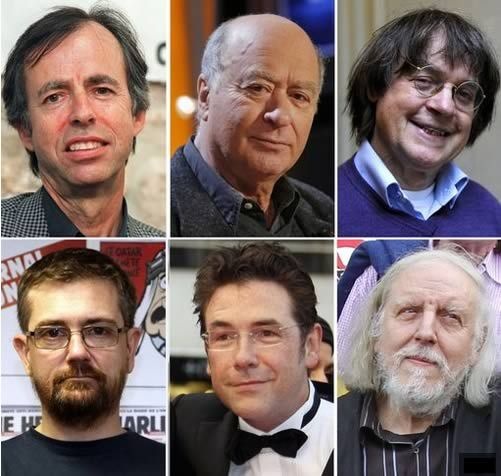 Why must journalists pay the price of a nonsense war? I had not yet recovered from the killings of the American journalists by ISIS, and now the cowardly attack on Charlie Hebdo magazine in Paris has left me shocked into near silence. Sitting in my room, a writer isolated in exile, I think about the five French cartoonists killed in their office yesterday.

Our world is in the hands of cowards, of inhuman people who want to divide and separate us, who want to destroy our world as they destroy their own homes. These people who spread the dangerous ideology that risks all of our lives, our happiness, and our future.

It is a pity and it is sad to think that our lives can be ruined by such people, who may have the skeleton of human beings, but who are empty inside. I feel so sorry that journalists, writers, filmmakers, human rights activists, and freedom fighters pay for such nonsense with their lives.

Those French cartoonists and editors at Charlie Hebdo, as well as all the other journalists and writers, are the bravest people in the world.

They oppose no religion or ideology; they foster only freethinking so the world can hear and see every kind of discussion and belief. They do not use weapons; they talk with their pens. They draw out their opponents with pen and paper, not with bullets and blood.

As a writer, I condemn the killers’ actions, but worst of all I condemn those who remain silent against attacks on our freedom of speech and freedom of expression.

The French terror attacks that killed sev people this week are sad, but they also carry a strong message: they permit us to show our commitment to freedom of expression and our love and respect for those who write, bare-handed, without fear.