The home based working environment 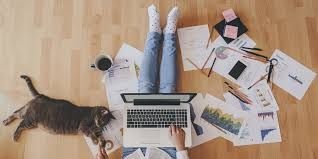 Working from the comfort of your home

It has now become almost the norm and acceptable as some countries significant working population relocates to the comfort of there homes which was not so long ago frown upon as being antisocial.

Major companies have realized that with the changing times it is much better to treat the working population in a more flexible manner than other factors of production.

The traditional norms of a rigid working environment may not necessarily translate well to the new generation of working population which require better flexibility to attain their full potential.

Even where the is a need for an office presence, the environment is usually more relaxed than in the traditional setting. The rigid suit and tie have given way to a much more casual dress cord with no negative effect on productivity.

On the social side this has had a result of a better home life as those with children of a school going age as both partner are much more able to dedicate much more time to activities involving their children rather than it being left to the preview of one parent.

Without compromising on their work schedules it is possible to spend more quality attending to their children extra curricular activities when working from home by rearranged their work day to include important events and milestone in their children's development which an only led to better raised children.

The escape of the stress of the daily commute which in some cities may consume up to 25% of the working day together with lost productively and hostile working environments, in some cases, together with inflexible working hours which was disruptive to some family live and also resulted in various heath issues may become a thing of the past. 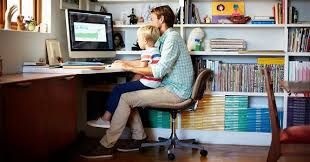 Many companies are realizing that having a flexible work arrangement is more productive than the usual 9 to 5 routine and this trend is peaking up worldwide as companies downsizes their onsite labor force leading to lowering of overhead cost in the form of reduced rental requirement of office space.

Company's that strictly don't have to have their employees physically present in an office environment have taken advantage of this trend in the change of behavior and have experienced better productivity and a happier labour force. 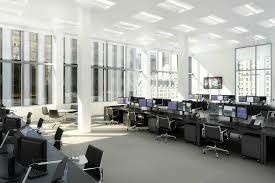 With some countries like the Netherlands even adopting an even shorter working week(4 working day only) we are headed for a much more balance lifestyle were we have equal time for both work and leisure.Other European countries like Ireland, Denmark and Norway have adopted less working hours of around 33 to 34 hours while maintaining high annual average wages on between $44,000 and $51,000.

This can only bode well for the health of the working population and less strain on government's medical budgets in those countries that provide medical services to their citizens. 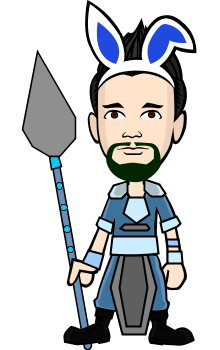 how to earn online ?

Call Centre Versus ESL: Which is Which?

Hello! For today, we will be talking about... Photo Source:moziru.com Call centre versus ESL! Phot…

How To Earn Money Online