The Hunger Games : A Game You Don't Want to Play! 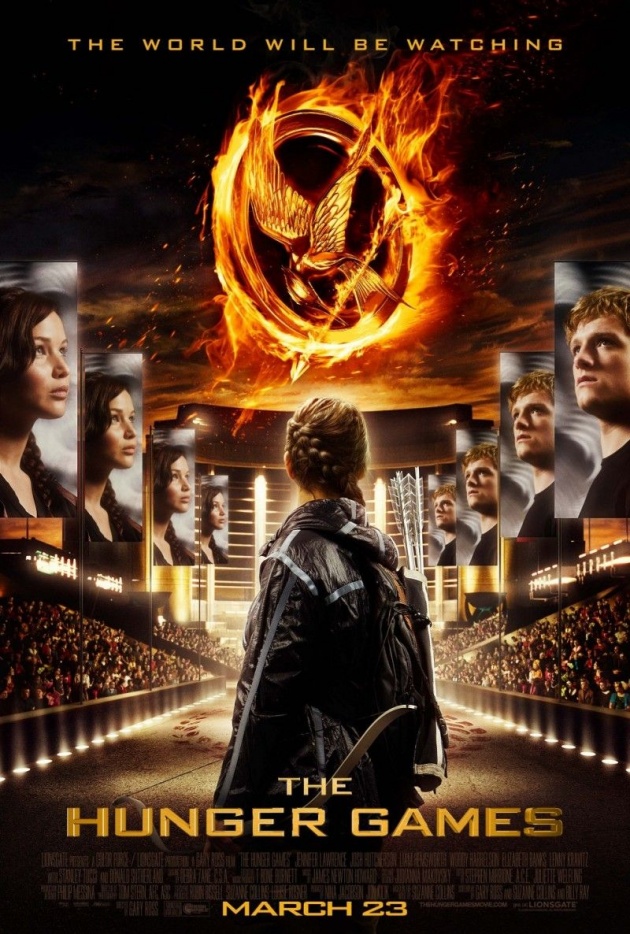 Watching the trailer for The Hunger Games movie again, the very first of the The Hunger Games series is like rekindling an old love, it brought chills to my spine, all my body hairs reaching out of me and I can't help but want to watch the film one more time to be able to write this movie review.

I have been a fan of this movie series and I know I have not really taken the last two movies seriously because I have read, seen and heard several negative things about its main cast but I must admit, this is one of the movie series which really made me want to become like Katniss Everdeen (Jennifer Lawrence). That girl on fire with one side braided hair who's very good at archery!

The beauty of movies is that it somehow leads the life of the characters into our being. We feel like we are those who played the role and when something totally opposite to the character played by the actress gets into the news, all that was established within start to crumble, they are like the walls of Jericho, they stumbled and fell.

But anyway, because of bitLanders Content Review: The bitLanders Film Series to Support Women Empowerment, I want to make a review of the movie most specifically the part of Miss Kandiss Everdeen played by Jennifer Lawrence. How she had evolved from being a common teenage of District 12 to become a strong fighter, ending up as one of the survivors of the Hunger Games.

The Hunger Games is a trilogy of young adult dystopian novels written by American novelist Suzanne Collins. The series is set in The Hunger Games universe and follows young characters Katniss Everdeen and Peeta Mellark.

The novels in the trilogy are titled The Hunger Games (2008), Catching Fire (2009), and Mockingjay (2010). The novels have all been developed into films starring Jennifer Lawrence.

Did you know that the story of the Hunger Games was conceptualized by the book writer Suzanne Collins when she was flipping through channels on television and saw these different reality shows and a news report of the Iraq war? It's really a little disturbing how the book was written from that perspective but, I guess the movie went successfully although it was based on real blood, true lives, actual people taken down in the war happening in the Middle East.

Hope is the only thing stronger than fear.

Katniss Everdeen volunteered in behalf of her sister Prim to be a district 12's tribute to the 74th Hunger Games.

In the what was depicted as the ruins of North America, the Capitol of the nation of Panem forces each of its twelve districts to send a teenage boy and girl to compete in the Hunger Games, it was the 74th year and Katniss had no choice but to present herself instead during the reaping on behalf of picking her younger sister.

Together with Peeta, the selected male tribute who had a crush on Katniss long before, the two marched their way to the capitol, being presented and showcased in a stage which pretty much resembled that of reality shows. The young kids will have to undergo certain transformation and also training for survival. Then finally will be placed in a certain arena where they have to fight against each other, only one will end up as the victor.

Katniss was District 12's first ever volunteer for the Hunger Games. While they were served with richness at the Capitol, her district was suffering from all poverty, starvation and all distress. This was one of the few things Katniss and Peeta had discovered while within the games.

May the odds be always in your favor. 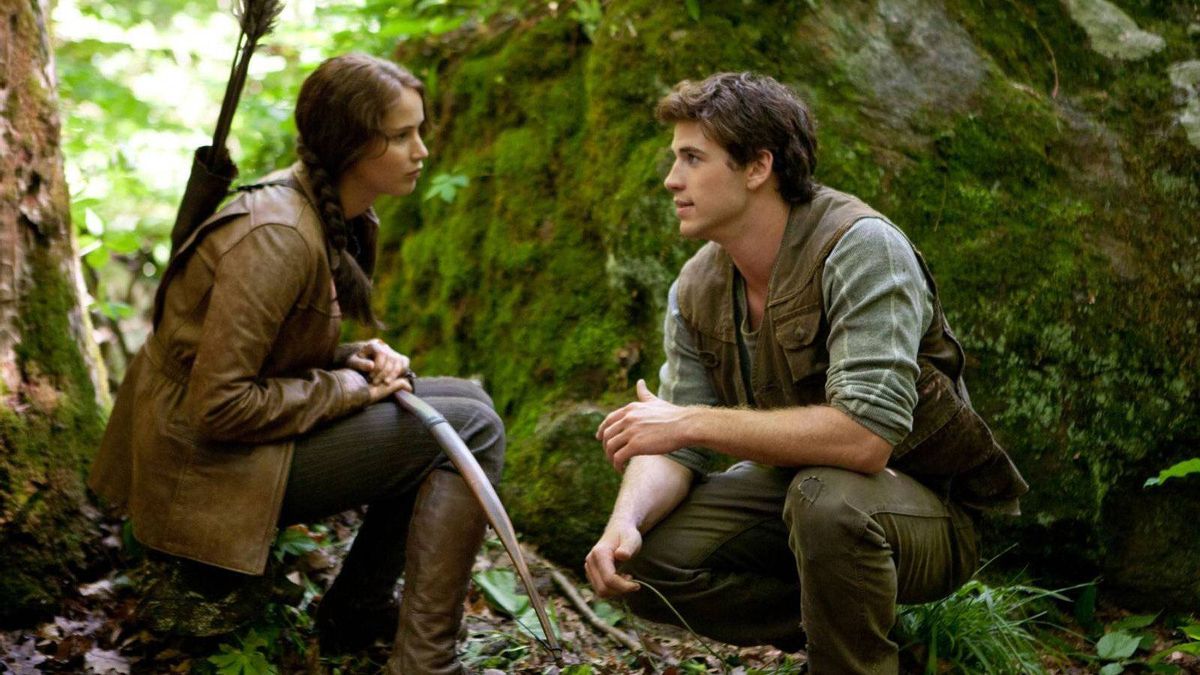 While I was not very happy not finding it on Netflix, I did find it on YouTube which cost me Php 200 or 4$ to watch. I guess it is not really important if I had to pay for it, what matters to me was the sheer want of watching it anew so I hit that watch button right on YouTube and played the two hours and almost thirty minutes movie by Lionsgate.

The truth is, I am really grateful this is just a movie. You know, its such a heartbreaking scene if this was befalling in the real world, imagine a parent suffering from losing his or her child because of this competition? I believe it is inhumane and against the terms of the heavens.

And think about how these audiences were cheering for the individual tributes? I don't know if they have a single idea what these tributes were up to once they walk into that arena. Goodness! They are going to abolish each other's lives just to win this foreign game.

But because this is just a product of the mind, I am all for the great imagination of the author. Most especially for making the protagonist a woman, not just empowering her as a strong, smart and resilient individual within the game but also as someone who is not willing to change her character only to please the audience. She showed the real human, someone who has the guilt, fear, and sadness.

Throughout the movie, the film's color grading was grayish with a tint of blue, this signifies terror, fear. It was at the few minutes that the entire District was in fear for the selection of the tributes who are going to play at the Hunger Games and the movements of each scene depicted rush of events. The music was surely persuasive of the emotions especially that time when Primrose was walking towards the stage, only her footsteps were audible and that brings this sole notion of the character's act of muting everything around her because of the strong sentiments going on within that part, I believe that was an awesome part.

Should I also say that throughout the movie, I feel the nerve wrecking sentiments going about the protagonist? I could smell it from the way her blue eyes stare at Cinna the moment she was about to go out of that tube. I won't also miss how the music was on point as well to bring the audience into the scenes.

Watching it was like being in a room where players were in a battle game amidst human controllers, navigating through the computer system, changing the game rules, modifying the maps and making the players engage with each other. Moreover, they were intentionally causing every instance for the tributes to kill or else it would be a boring match.

But their amusement caught them especially President Snow. It was love all along that had brought Katniss and Peeta to their victory. But it will also be love that put them into a much-complicated game, both with life and love. 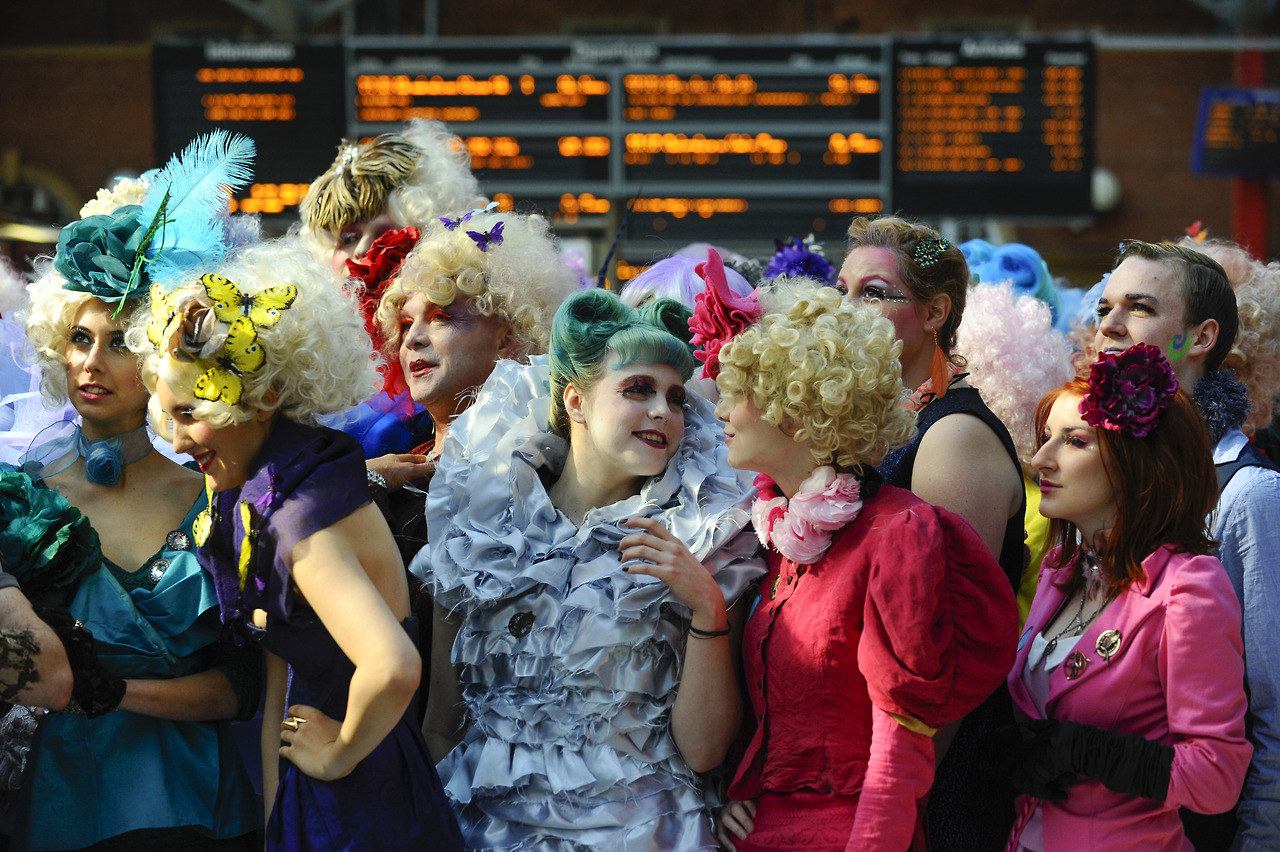 Obviously, this movie got a lot of fashion to talk about. The wigs, the colorful headdresses, the newfangled and weird makeups and how they present themselves, how they talk, how they laugh, it's as if they belong to another world, another universe, perhaps, an alienated Earth filled with random neon colors, thick and long eyelashes, and strange hairdos.

This kind of fashion I only see in magazines. Well, it's an assurance that the movie is not happening in real life in fact because there's no such normal person who's willing to make an effort to be in those suit for a common day.

Did you also find District 12's hand signal where they kiss their three middle fingers and point it to Katniss when she was at the stage during the reaping?

I was totally curious what it meant so I searched for its meaning and found that on the book, it means thanks, it means admiration, it means good-bye to someone you love.

However, when Rue died and Katniss did the same hand signal, the gesture completely changes and it becomes a symbol of the revolution - effectively, a way for the citizens of the Districts to say goodbye to the overbearing force and power of the Capitol.

Freedom has a cost. - President Snow

You really want to know how to stay alive? You get people to like you. - Haymitch

The victor bathed with riches would serve as a reminder of our generosity and forgiveness. - President Snow

Arrogance can be a big problem. - Haymitch

Hope is the only thing stronger than fear. A little hope is effective. A lot of hope is dangerous. A spark is fine, as long as it's contained. - Snow