On the second sequel, The Hunger Games: Catching Fire, Katniss destroyed the arena and was brought to District 13 together with Finnick and Beetee to begin the revolution. With Katniss finally at the rebel's hands,  it's time to fight against the Capitol in the third sequel of the film—The Hunger Games: Mockingjay Part 1. 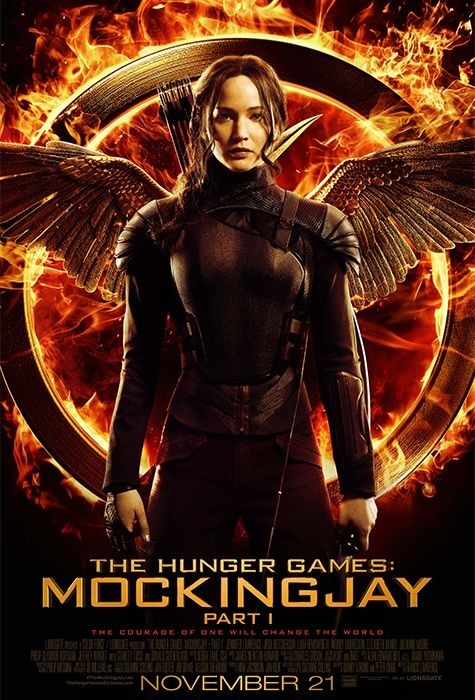 The Hunger Games: Mockingjay Part 1 is a sci-fi, action, adventure, and thriller film directed by Francis Lawrence, produced by Nina Jacobson and Jon Kilik, and distributed by Lionsgate Films. The film was based from the book Mockingjay, the final sequel to the trilogy book of The Hunger Hunger Games written by Suzanne Collins.

Katniss, together with Beetee and Finnick, was rescued from the arena and brought to District 13 to join the rebels. After gaining consciousness, she met President Coin and Plutarch and asked her to become the mockingjay, the face of the rebellion. Meanwhile, President Snow announces to everyone that owning a mockingjay symbol is forbidden for it symbolizes rebellion against the government. He also added that anyone seen owning one will be executed immediately. 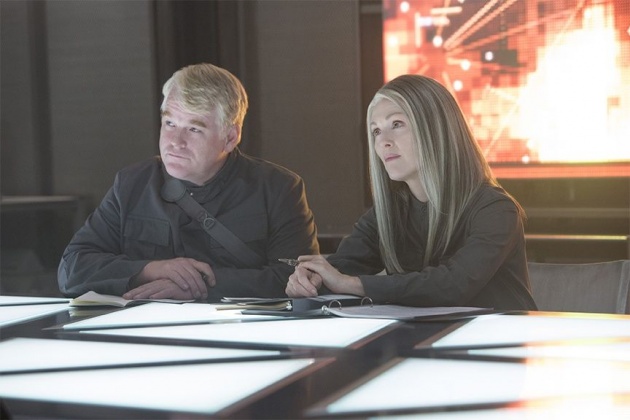 Katniss refused being the mockingjay at first but decided to comply if they meet her condition to rescue Peeta and the other victors held captive in the Capitol. Plutarch then successfully persuades President Coin to agree with Katniss's request. As the plan of Katniss being the mockingjay pursued, Effie shows Katniss the designs made by Cinna for the revolution. Katniss was then instructed to do a speech in front of a camera to inform and unify all the districts against the Capitol. As a result, Peeta was continuously used by the Capitol to spread propaganda. This didn't stopped Katniss, however, and made her more eager to bring down President Snow and the Capitol. While they were by the river, Pollux asked Katniss to sing. She gave in to the request and sung "The Hanging Tree" to which became the battle cry of the people from all districts who were against the government. 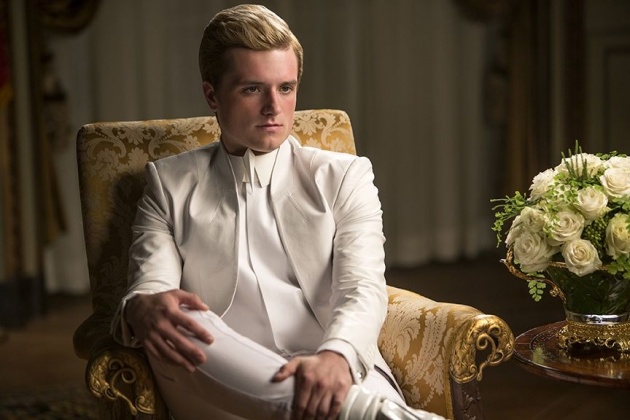 Peeta and the rest were successfully rescued and Gale told Katniss of how suspicious and bizarre as to why they weren't attacked nor chased while escaping the Capitol. When Katniss went to see Peeta, he strangled Katniss making her unconscious. Boggs knocked him out before he could truly kill Katniss. They found out Peeta was injected with a tracker jacker to brainwash him and assassinate Katniss. While finding a way to remove the venom, he was isolated and restrained in a room. President Coin then gave a speech about successfully retrieving the victors and announced the next plan of conquering Capitol's principal military facility. 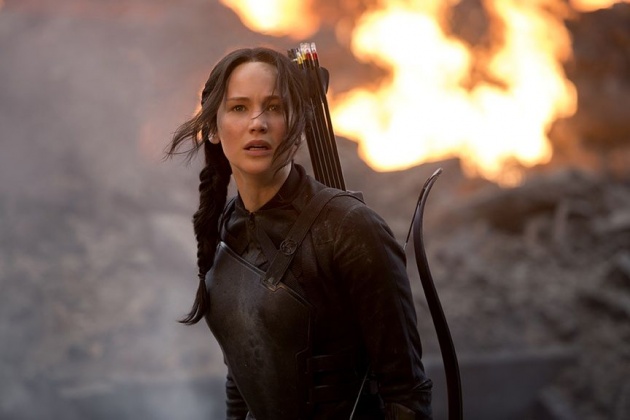 The close up shots of Katniss’s face when she saw the corpses at District 12 and while delivering a message to all the districts after the hospital on District 8 was attacked effectively conveyed her emotions. I felt hurt, sadness, pity, and anger while watching it. I also like the focus on Peeta and Katniss’s face when Peeta attempted to kill her. It made the scene very intense. Long shots of the aftermath in District 12 showed how awful and destructive the Capitol is.

I also like the part when the people of District 13 were on the stairs rushing to the bunker. The people rushing on the spiral staircase with the camera slowly rotating opposite the direction of people looked awesome and dramatic. Meanwhile, I love the part at the beginning when Katniss was sleeping dreaming of Peeta and upon waking up, the camera focuses on her hand holding the pearl Peeta had given her when they were at the arena. It showed how she deeply loves and cares for him. 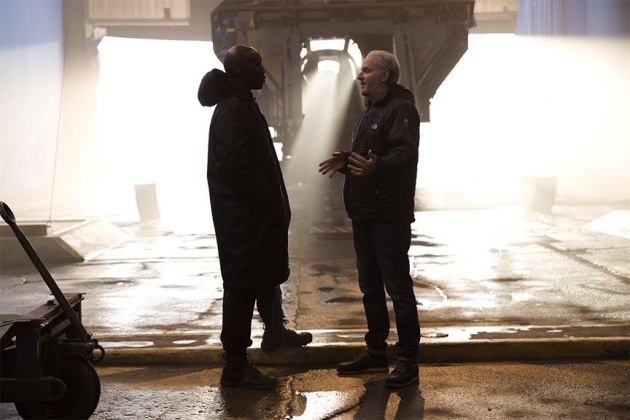 Just like the former sequels, the 3D CGI animation and visual effects were great and realistic. The aircraft and flames definitely looked real. Honestly, I couldn’t tell anymore if something in the movie was real or just an effect sometimes. Artists behind these amazing effects really deserves a round of applause. On the other hand, the way they made Johanna and Peeta look thin and tortured was spot on. 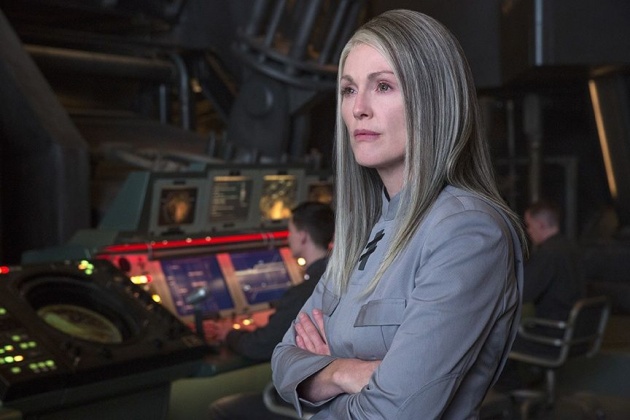 New casts were added in the third sequel and one of them was Julianne Moore. I don't know how her character was described in the book but I like her calm personality and soft but authoritative voice. It suited very well for the role of being a leader. There weren't a lot of action on this sequel but it rather showed Jennifer's brilliant acting of expressing Katniss's emotions. Another one that I'd like to mention is Josh's impressive acting on this film. His role as Peeta was usually calm on the first two sequels but he surely showed his capabilities as an actor this time. 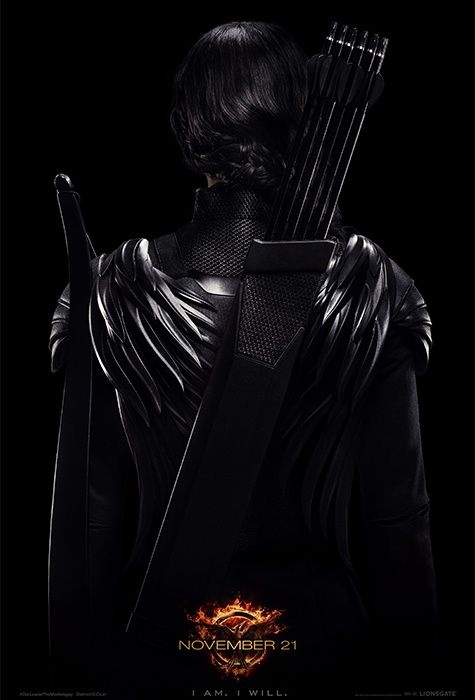 Unfortunately, this sequel wasn't in favor of Effie's glamorous dresses, makeup, and wigs. Aside from the mandatory jumpsuits which Effie wholeheartedly abhorred, the only piece that stood out was Katniss's black mockingjay costume. I like it. It was gorgeous and outstanding, though I was just curious of the purpose of the black wings on her back. Well, maybe it's some kind of a shield or something?

The two songs used in the film was "The Hanging Tree" sung by Jennifer Lawrence and "Yellow Flicker Beat" by Lorde. The most notable song, however, is "The Hanging Tree". It was a surprise to hear Jennifer sing. She sounded good and natural, you'll feel that she sung from the heart even though her voice wasn't as good as a professional singer. (See the meaning of "The Hanging Tree" song HERE.)

With the primary goal of uniting and gathering all the districts of Panem, one of the main themes of the sequel is leadership which the audience can surely apply on their lives. 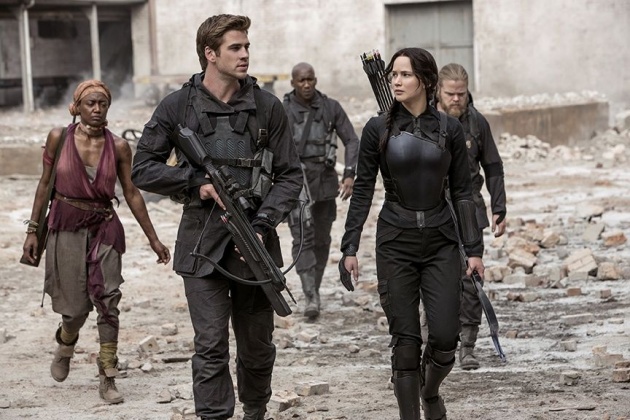 I have a message for President Snow: Fire is catching, and if we burn, you burn with us!
-Katniss Everdeen

First, is to stand up with your decisions. Katniss was firm to tell at first that she doesn't want to become the mockingjay but after thinking over it, she have decided to become the mockingjay only if they agree with her request. By then, she was fully aware that there is no turning back from the duty put upon her. Katniss teaches us to stick with our decisions. We should fulfill our promises and stay true to it.

Second, is the power of a song. Katniss sang a song, "The Hanging Tree", and became the chant or battle cry of all the rebels in the district which fanned the flames of the revolution. This only shows how powerful a song can be and how it can influence and unite people.

Third, is knowing when to strike back. When District 13 was attacked by the Capitol, President Coin ordered a counterattack but later decided to hold it back for fighting back will only furthermore reveal their location. President Coin teaches us to be patient and to be wise in choosing which battles to fight. Not every battle deserves to be fought just like not every problem deserves attention or solution. Sometimes we just have to let it be. 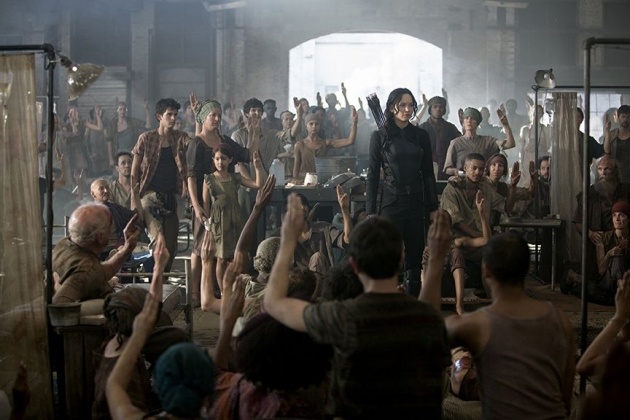 Fourth, is that it takes only one to inspire everyone. With her actions in the 74th Hunger Games, Katniss became the light and hope of the rebels. Her visit in the hospital at District 8 was enough to comfort and give hope for the people, that there will be a better future for people in the districts. It made them feel that there is finally someone who cares for them. This conveys that it only takes one thing or person to change a situation. One small act can spark a big change.

The film didn't have much action but it was all great the entire run. The comic relief brought by Effie and Prim's cat was also good to balance the heavy air of emotions in the movie. Hope is finally on the rebels side and nothing can stop them from putting their plans into action. I am engrossed on how the story will unfold on the last sequel of the movie and I can't wait to find that out.