The blog is going to be on the series of the film "The Hunger Games" specifically about the protagonist of the series Katniss Everdeen. The movie series has been directed by great Gary Ross and has been written by the the talented Suzanne Collins. The article depicts the struggles of the 16 year old girl played by Jennifer Lawrence who despite belonging to a dystopian state ends up fighting for her rights and for her country. It would be right to say that she is one of the most complex female fictional characters to hit the American Hollywood industry and in this article, we will see how and why!! Now, the reason I am writing this article is because, ah, well the extra buzz bonus that comes with writing about this stuff but more importantly, I've been a huge fan of Katniss and i love how she has been the role model for millions of young girls all around the world including my younger sister. So, here we will see, does she actually live up to the hype? BETTER WATCH OUT FOR THE SPOILERS!!

Also, if you want to see the highlights of the film, I have added trailer of the first part of the series below;

Trailer of The Hunger Games 2012

The beginning of Katniss' Journey :

In the dystopian state, Katniss who is the resident of District 12 gets involved in a series of tournaments where children are forced to fight till death and no one has really the guts to speak up against the stratocracy (military government). This is where the story of tough Katniss comes as she takes the place of her younger sister in the Hunger Games but she is still being controlled by the makers of the game. She is passionate yet she is super bewildered with the oppressive ways of the government. Most of the decisions made by Katniss in the beginning of the series are not the ones she can call her own. She knows that she is being manipulated but she accepts it as she knows that will protect her loved ones. That is the beauty of the complex nature of this young female character that she chooses to be manipulated rather than see her loved ones get hurt. With the progress in the article, we will see that how the character shapes her own destiny.

So what did we observe so far? 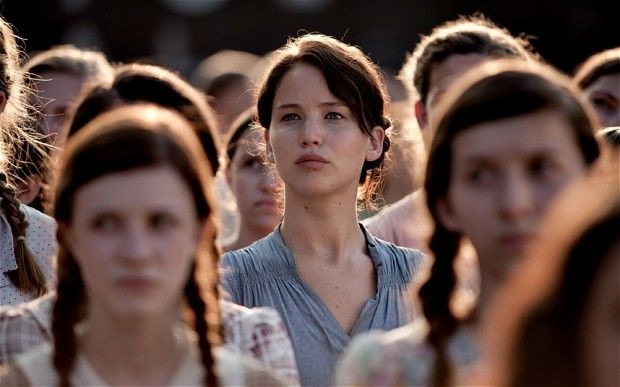 The Goals of Katniss :

When we take a look at this character in the movie The Hunger Games, we see that most of the goals of Katniss are influenced by the situation rather than those goals actually being her interests. She does fishing so she can save her family from starvation before she is taken into the series of tournaments. Also when she is asked to showcase a hobby to the tournament managers and the audience, she fakes the hobby instead of showcasing her actual interest in order to please the audience of the tournament which will eventually help her in winning the tournament and she will be able to go back to her family, her younger sister whom she adores, so we see that most of her real goals are overshadowed by the goals that are made in the immediate situations thus adding more complexity to her character. 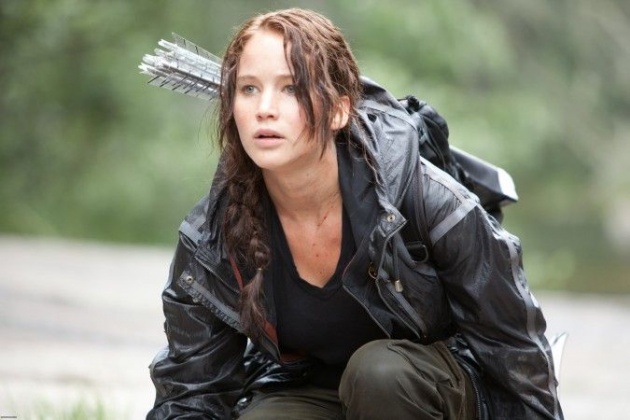 Determined Katniss ready to do just about anything to survive

Her Consistent Character in the Series :

We have established so far how important Katniss considers her survival and the survival of her family. That is what makes her character consistent throughout the series. She knows nice people do not win these kinds of games so we see more of a political Katniss throughout the series, altering her decisions when required and being brutal and tough instead of being nice in order to survive. She prefers to be hopeful instead of giving up in this dystopia.

The definition of her consistent character throughout the series would be : 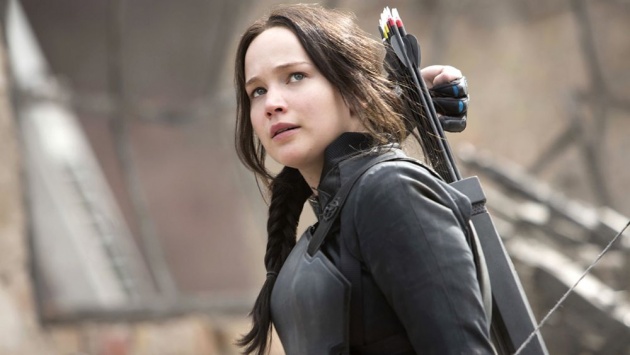 The involvement of love in her life has a pretty significant role in her survival as she fakes a relationship with another participant of the tournament "Peeta" in order to win over her audience. Now, most of you will be wondering how exactly does winning over the audience help her move forwards in the initial rounds of tournament? The answer to this is that when you are the favorite of the audience, the audience wants you to win the tournament and because the managers of tournament want the audience to have an interest in the game, they make sure that the preferred participant wins. So that turns out to be the approach of Katniss in this game. A political yet the right one in order to survive!!

Soon, she establishes that she has developed feelings for Peeta in real. To top it all off, prior to the tournament, she also has had feelings for her friend in the district, Gale. As a result, she finds herself in this love triad. Gale, at some point in the series, also asks Katniss to run away from all this mess but she decides otherwise because if she runs away, that could endanger her family's lives. So again, summing it all up : 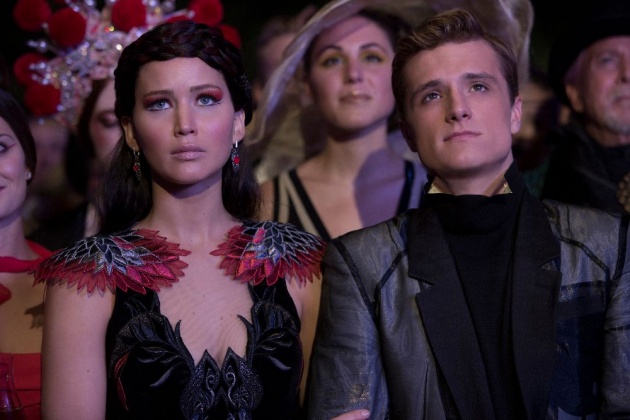 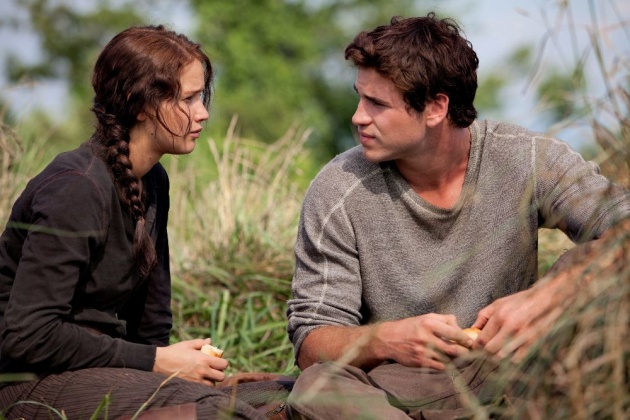 Katniss and Gale having deep conversations as always

Katniss has a few flaws but that is what makes her character so realistic. This is what makes most of the ladies all over the world get inspired by this character that it is okay to have flaws, it is perfectly fine to have weaknesses. All you have to do is identify your imperfections and work over them and not feel like a failure. Gosh, Katniss is such an inspiration.

So what actually are the imperfections of Katniss? She can make rash decisions which don't always work out for her and her friends. She pushes people away at times when things do not go her way and later, acts like nothing has happened. These are the consistent weaknesses that are seen in her character throughout the series except in the last part of the series. But she always finds a way despite the difficulties that are caused by her flaws and at the end of the series, her strength of making decisions is improved because she works over her flaws instead of letting them get the better off her. This is the true story of a girl who makes her weaknesses her strengths and that shows us how not only she is the role model for all women around the globe but also the role model for every individual all around the globe.

So what we observed is : 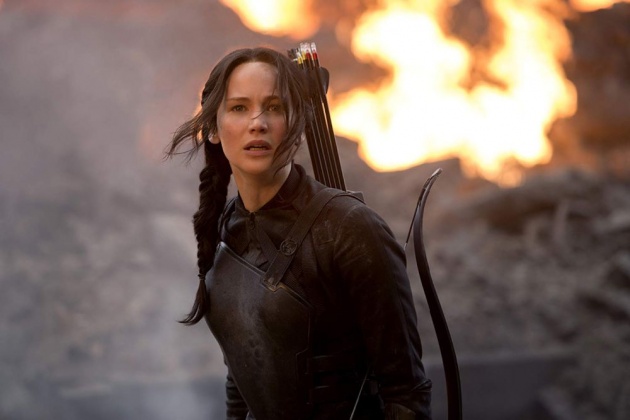 Katniss' Influence in the Whole Plot :

Although I've discussed the bits and chunks of her character in the above mentioned paragraphs, the point to ponder is how does she influence the whole plot of the series? Let's begin with how she steps up in the arena to save her sister or how she tries to play within the boundaries that are set by the managers of the tournament. She knows she has to do that in order to keep her family safe. But there are many rebellious moments seen in the movie series as well. For example, the way she assassinates the Alma Coin in the fourth part of the movie series. But then again, her actions are dismissed on the grounds that she was mentally unstable which makes her think that ARE HER ACTIONS REALLY HER OWN? This is something that I felt like restricts the free will of the character. However, not digging deep, I enjoyed the rebellious moments of the character throughout the series.

So what we've observed so far about Katniss is :

Katniss, the protector of her younger sister and the smasher of gender stereotypes

Not Your Regular Female Fictional Character :

In most of the movies or TV shows, we witness a female protagonist that is obsessed with romantic relationships and fashion. That is not the case with our tough girl over here. She is a young girl who is not interested in fashion, the sole breadwinner of her family and is an active political player of the tournament. I'm so glad that movie series like these are being introduced where the women are being given this dominant role which is actually a far cry from the traditional roles that women get.

If we had to sum this paragraph up, it would be : 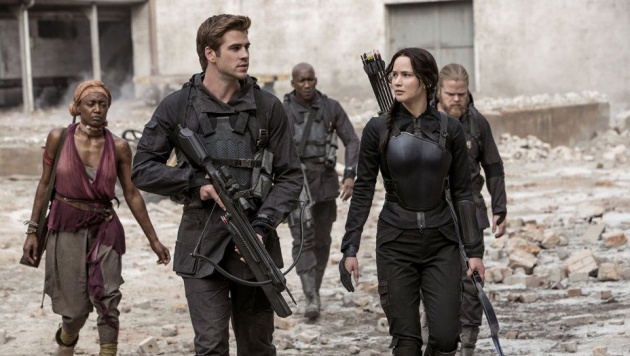 Bold Katniss leading from the front

Katniss' Attitude towards other Female Characters :

On the other hand, she kills Alma Coin, the old wicked woman, at the end of the series who was using power corruptly and seeking to gain more. She also used Katniss for the rebellion but Katniss finally understood her wicked nature, so we see that in order to protect this dystopian state, she ends up killing the other female character.

Hence, what we conclude is : 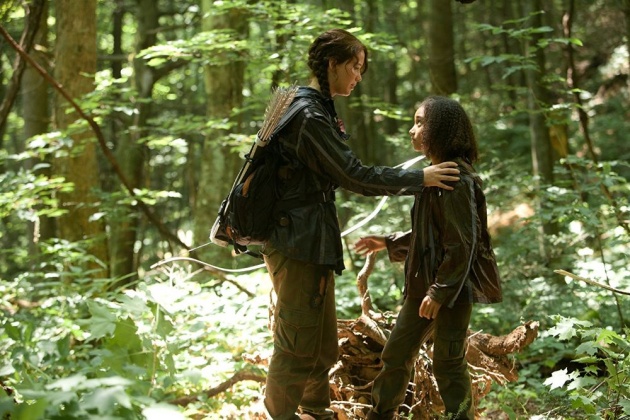 Katniss is determined to protect Rue

The scene where Katniss ends up killing the corrupt Alma Coin has been depicted below :

Although I didn't discuss about the synopsis or the plot of the movie series of the Hunger Games a lot and focused more on just one character i.e. the protagonist of the film series because i wanted to revolve around the idea of the women empowerment but in this short little paragraph, I will tell you how good i thought the movie was.

So, starting off with the acting, i thought all the actors did a brilliant job. From the lead actors to even those who made a small appearance in all films of the series, i thought everyone knew what they were doing and i completely enjoyed the acting. 10/10 for the actors.

With the cinematography and the directions, i don't think one should rate movies with such high budget because most of the money is spent on these sort of things but for the sake of the movie series review, that also deserves a 10.

Moving onto the writing,  I truly believe Suzanne Collins did a brilliant job with the protagonist character and all the other characters revolving around the protagonist. Every single detail was taken care of. 10/10 to the writer.

Lastly, the character of Katniss Everdeen was a quite complicated one. There were a few things i couldn't truly understand about the character but that is why i labelled the character as a well rounded one because this complexity of the character made it look so realistic. So i would score the character 10/10 as well.

Overall, a great and pleasant movie series to watch. The character of Katniss Everdeen has been the inspiration of millions of girls and women all over the world and it could be yours too if you have been having struggles with your current life as this movie gives the life lesson of never giving up. Kudos to the writer, the director and the producers for such a brilliant film.

Querlo Chats Supporting Women's Empowerment and Promoting the Movies You Like :

Before ending the article, i wanted to show the efforts made by the Querlo Chats in order to support the women's empowerment and promote the movies that the audience of bitLanders like through their questionnaire. The questionnaire has been shown below :

1. Do you support women's empowerment?

So guys, with this, I end my blog review on the film series of The Hunger Games. It has been a brilliant experience writing the review and if you want to enjoy more of my blogs, click here and subscribe me. Till then, Audios!! 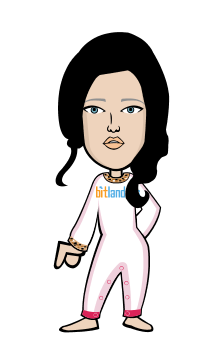 4 Facts You Need to Know About Tonya Harding and her Biopic I, Tonya