The Importance of Salt 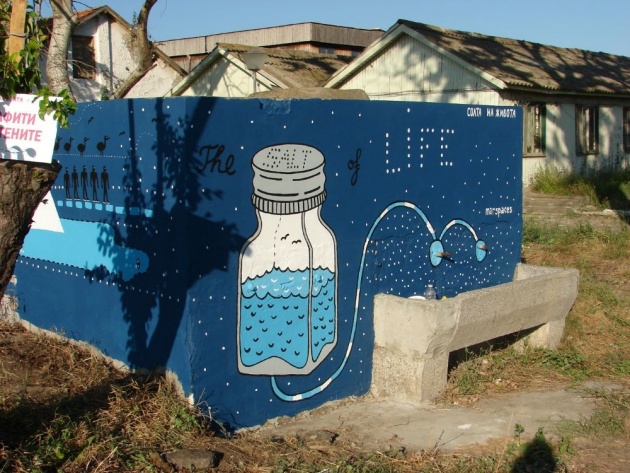 It's winter here and I have nothing better to do but some housework, stay warm, and of course, share my thoughts by writing my next blog. In a strange way when it's cold, I always think about summer, and the opposite - in summer I remember about winter celebrations. So, thinking about summer, the beach, and the sea, I remembered about the salt fields in the Black Sea I usually pass by every year. And I believe salt is a great topic to write about. 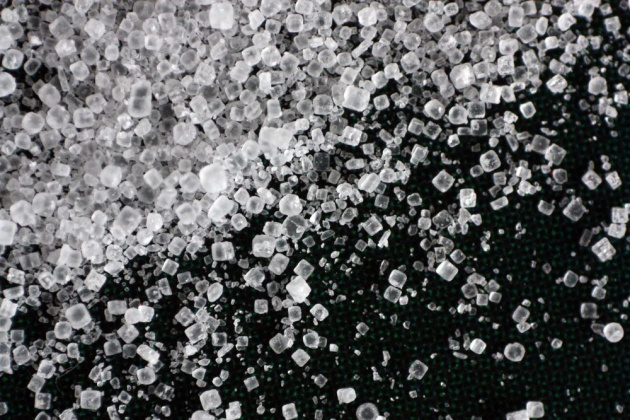 First, let's look at the definition of salt, or the so-called common salt:

Common salt is a mineral composed primarily of sodium chloride (NaCl), a chemical compound belonging to the larger class of salts; salt in its natural form as a crystalline mineral is known as rock salt or halite. The salt is present in vast quantities in seawater, where it is the main mineral constituent.

Salt is a chemical compound, between Na (Natrium) and Cl (Chlorine). It is naturally contained in the World Ocean, all seas, oceans, as well as under the ground. The salinity of water in the different pools is not the same, however, the open ocean has an average of 3.5% salinity. Salt is a vital substance in the human body, which is needed for the proper performance of almost all processes, and especially the regulation of the water. Salt combines with water and is water-soluble. It is not possible that humans survive without consuming salt. The reason for that is we can't produce it ourselves, but rather need to provide our body with the required daily doses through food. Even though the average daily need of salt is only around 4 g, without them people would not be able to live. 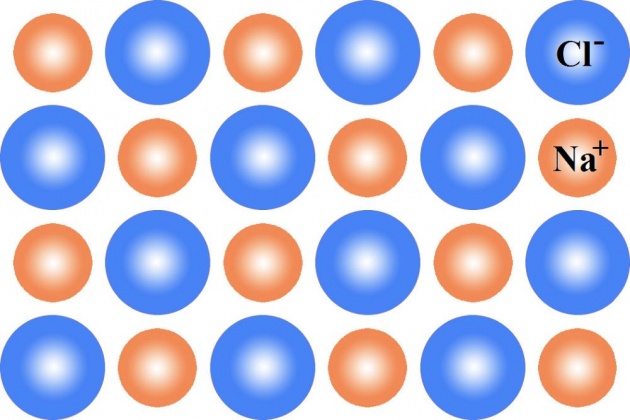 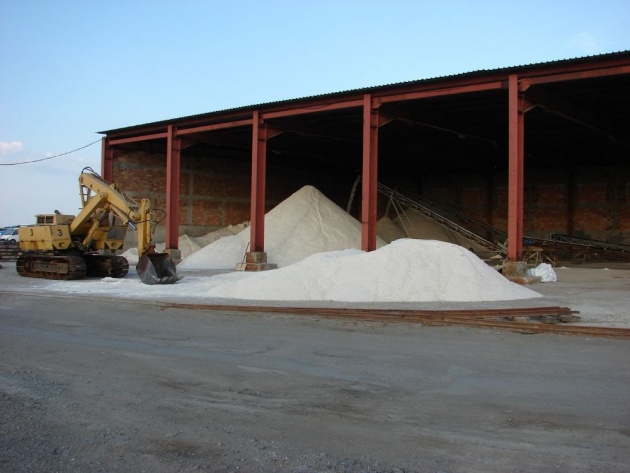 I'm not quite sure if the word production is accurate as salt already exists, and humans just acquire it. But on the other hand, in some cases additional methods are used, so maybe production is a good word to call it. Until now several methods are known in order to obtain salt. I'm listing them below:

‒  Evaporation method. Seawater is collected in smaller pools with a depth of around 0.6 m. These pools are usually located in extremely hot areas with less quantity of rainfall so that the evaporation can happen seamlessly. After the amount of water is reduced, the salt remains at the bottom of the pools in the form of salt crystals. Then it is taken out and left to dry so that the last water and other substances are removed from it. This is the oldest known method of salt production, which is still efficient and is the one we use in my country as well. 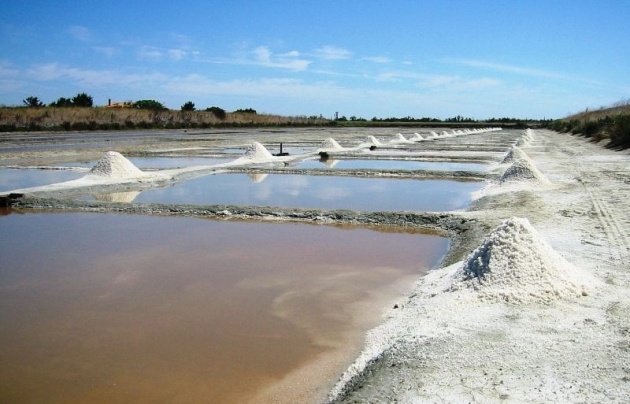 ‒  Mining method. In some places where lakes were dried through the years, for example, salt is available underground. Then it can be taken out using a specialized method. This method is not so widespread as it requires better technology and is possible only in certain areas.

‒  Hydrothermal method. This is a method where steam is used to extract the salt from the soil. Since the salt is soluble in water, steam helps for its further extraction. The salt obtained with this method has smaller crystals than the one acquired by the other methods.

Uses of the Salt

To mention all possible applications and uses of the salt would take me days, and I'm probably not aware of all of them. But I'll mention the ones I know about and are the most commonly used in my opinion:

1.  Cooking and nutrition. Salt is one of the constant ingredients in most meals. As we need this substance on a daily basis, the best way, of course, is to take it with food. But like most useful things, taking larger quantities than needed could be harmful. Excessive usage of salt can lead to sight issues, heart problems, etc. Not to mention that too much salt in the organism leads to changing the balance and weakening the immune system. 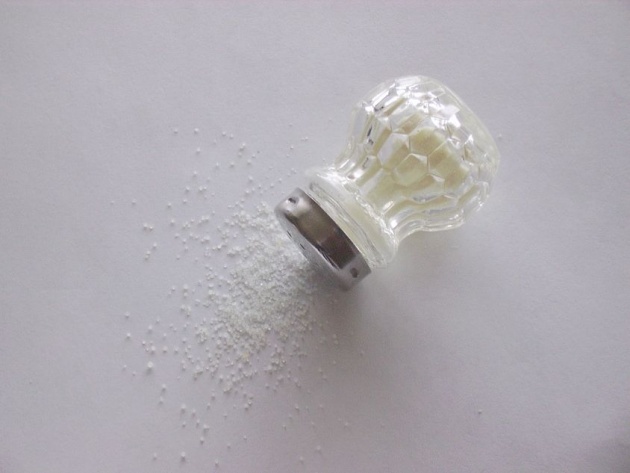 2.  Road de-icing. Salt is sprinkled on the roads in winter when there is a lot of snow and ice available. The main idea is to prevent the forming of ice. This method works perfectly if the quantity of salt is enough to cover the area. The freezing point of the salt water is lower than the fresh one. Besides, since the production of salt in the recent years is sufficient this method also proves cost effective. 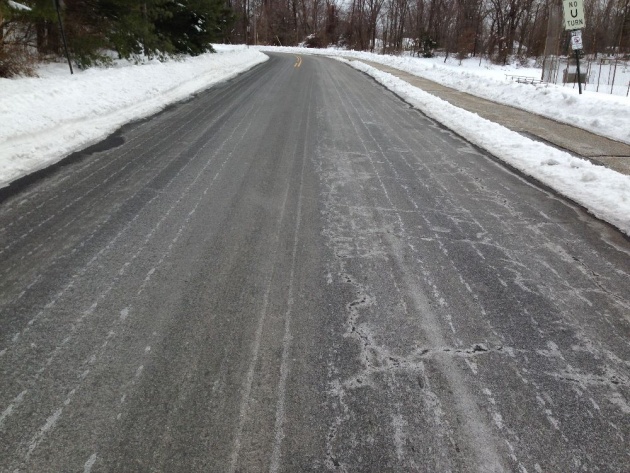 3.  Food conservation. It is used especially for the conservation of meat and fish. Although there are many other conservation techniques, this one is known for many centuries and works well until now. The reason this method works is because once in contact with the meat it affects most of the germs, which usually cause rotting. Salt combines with the proteins and the water in the meat and changes its entire structure so that it remains fresh and good for use. 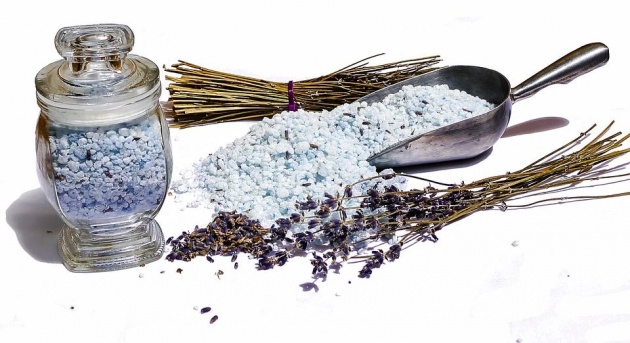 4.  Cosmetics. Besides everything else, salt is also part of the products used in cosmetic/beauty procedures. It is used in its regular form for improving the look and the general health of the face, skin, and the hair, as well as an ingredient in many sea cosmetic products. It is not a secret that seawater has a health effect on the body and can heal some of the skin diseases. And the main reason for that is the salt, contained in it. Sea salt is widely used and known by beauty therapists.

As we already saw, salt is not only used for cooking, but also for many other processes. The common salt (or NaCl) is a natural product which can be then turned into other useful products for us. This happens through chemical reactions and manufacture, and the products are well-tested before they are sold on the market. Here are some of them:

⚫  Soda. This is a widely used product in many areas of our life. It can be used as baking soda for cooking, for making different desserts, for the production of cleaning detergents, and it has multiple other applications. Soda can be produced by using salt, and after combining it with other elements, the white substance of Sodium bicarbonate (NaHCO₃) is received. The steps used to achieve this product are described by the Solvay process. 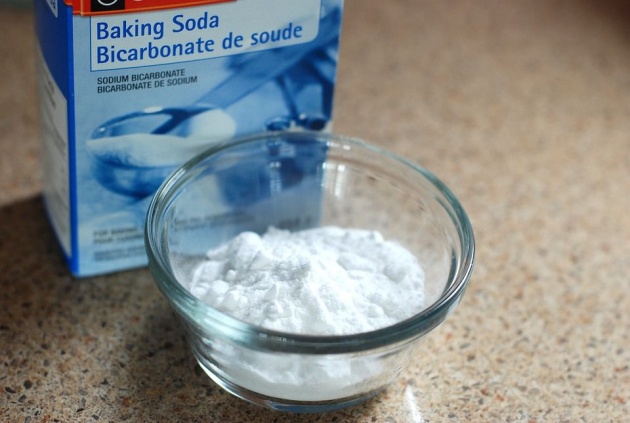 ⚫  Iodised Salt. This is another type of salt, recommended in nutrition which is made by using Sodium iodide (NaI). It is used to fulfill the daily needs of iodine in the organism in case of deficiency. If there is not enough iodine in the body, this can lead to disturbances in the metabolism.

⚫  Potassium Chloride. This is used as an addition to NaCl and can be part of different diets and nutrition plans. It provides the body with the required dose of potassium, which is responsible for the balance of water inside the organism. It is naturally contained in many vegetables, but can also be produced and mixed with a certain percentage of the common salt. 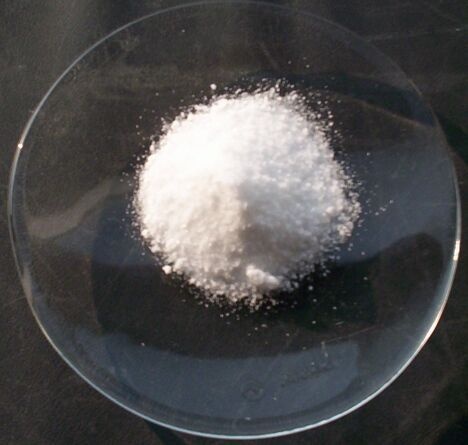 From all of the above, it is obvious that the salt is really important for us, no matter in what form it is consumed. It is required for the proper function of the body and the organs. Without it, life would not be possible. I hope this blog was helpful. See you in my next blog!

The Benefits of Baking Soda for the Hair, Skin and Body [Part II]

The Benefits of Baking Soda for the Hair, Skin and Body [Part I]

LARGEST SALT MINE THANKS…

Sinus problems? Use a Neti Pot

Ever heard of a neti pot before? No? Well then how about nasal irrigation? If you've never heard of …