Have you heard about sea cucumbers? Yes? Probably because the Chinese consider it as a delicacy right? Who would have thought I'd finally get to eat one last December. Lol.

If you don't know what it is then let me tell you about it.

Say Hello to the Sea Cucumber 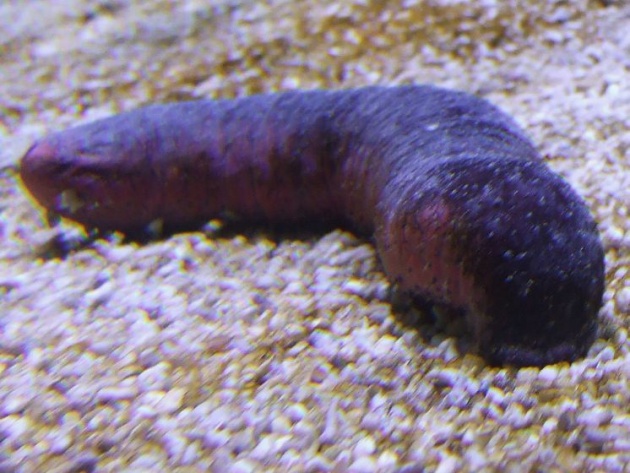 There are a lot of different kinds of sea cucumbers (echinoderms from the class of Holothuroidea) of course, the one pictured above is the none hairy kind. Oh I won't go into the scientific names and classes or orders. This is not a science class. Lol. But the one pictured above is probably under the Holothuriidae clade.  What's a clade? It's a group of organisms/species under one ancestor. My gosh, if there's an expert out there, just correct me if I'm mixing all the terms up. Hahaha.

So what is this creature and why do people eat it? Well I don't normally eat it but the Chinese eat it a lot I think, right? Let's see then, let's find out more about it.

What's is a Sea Cucumber?

Okay, so don't let it's name mislead you. This sea creature is not a plant or seaweed at all. It's an ANIMAL! Lol. A marine animal! It's like how I didn't know corals are actually animals too!!! My gosh. (<-- I found that one out thanks to Nas Daily's 1 min vid.) 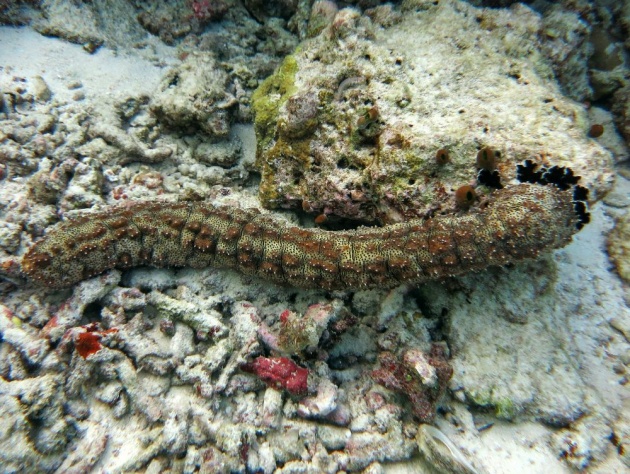 What kind of marine animal is it then? Well, as far as I found out, it's like the janitor fish in your aquarium, only, they live on the sea floor. According to a research article:

They play an important role in the ocean ecosystem by breaking down detritus (dead particulate organic material) and organic matter for bacteria and thus recycling nutrients back into the world's seas.

And do you know how it does it? Well of course I think it's better if you watch this video.

Why Do People Eat This Sea Creature?

Eating Sea Cucumbers all began in China. Yeah. And it's been going on for thousands of years! Can you believe that? Why do they eat it? Well maybe because they think it's an aphrodisiac? But most say it is because of it's medicinal value or health benefits. 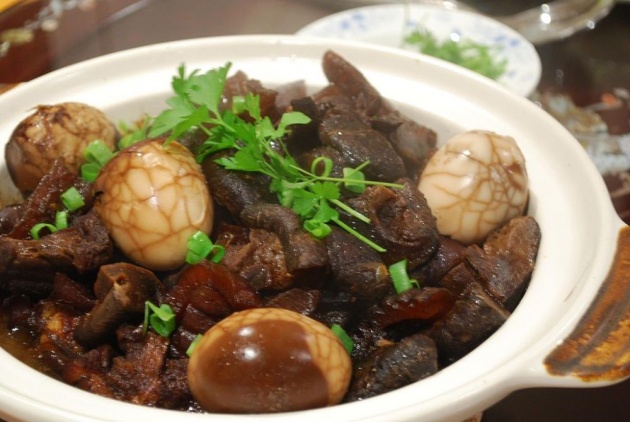 Would you eat it if given the chance? I got to eat it last month and my oh my... I will tell you how it tastes like at the end of my blog. Haha. If it's not something to eat then what else is it good for right? Well some people make a living out of sea cucumber harvesting, especially those who live near the ocean.

It's a tedious process because after harvesting, it has to be cleaned and gutted, cooked and then dried etc. Some clean and gut it immediately upon harvesting, like in the middle of the ocean. I saw a video and it is gruesome for me. Lol. 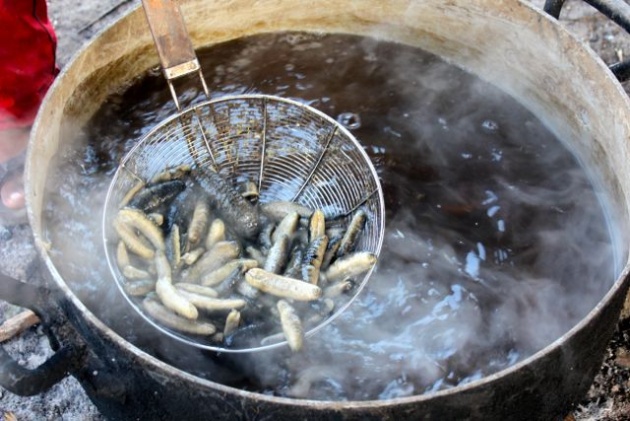 Once processed, it gets sold at local markets all dried and nicely piled up. You better know how to cook it if you're gonna buy some. 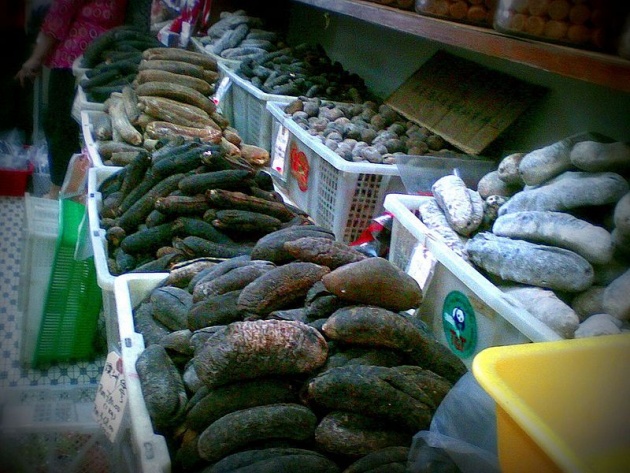 Sea Cucumbers as a Business Venture

If you're not into eating these, you can just admire these underwater animals from afar maybe or if you have the resources, why not make a business out of it! But be aware that there are some international laws of buying and selling these creatures. Some countries ban harvesting of these due to the extinction issue.

Learn how to do this business properly before starting it because sea cucumbers are important animals to our ocean ecology. You don't just get this marine animal out of the sea then sell it off immediately, get educated on the correct way of starting this and find out as well what the negative effects of incorrect sea cucumber harvesting would do.

Overexploitation in the past decades is a sad, sad occurence. It is not good to abuse harvesting this natural resource to the point of extinction just for profit. This delicacy should be left alive at it's natural habitat if we want to keep our oceans in tip top shape. I mean, in a business perspective, if you kill the golden goose then you don't get anymore golden eggs. Duh. This is why there have been aquacultures of this gentle ocean animal popping up all over the world especially in China and Japan. 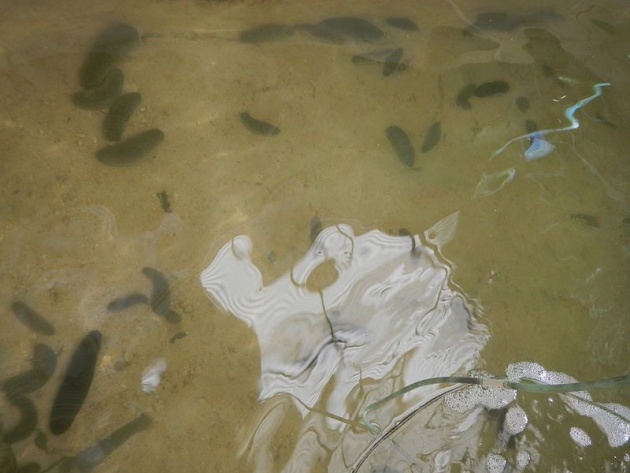 Aside from abalone and sea urchins, we have hatcheries or science centers for growing sea cucumbers (locally called balat or balatan) here in the Philippines too. In Luzon we have it in Alaminos, Pangasinan (as seen in the photo above). There are still those who harvest directly from the sea like in Northern Cebu or Iloilo. 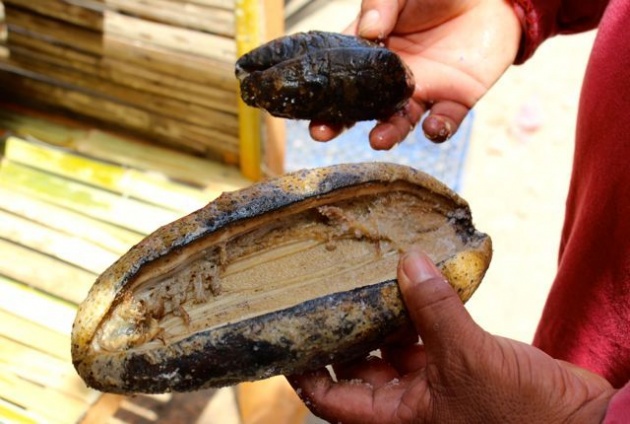 To avoid extinction of these animals, business people should opt for commercial production instead. Of course China and Japan have it more figured out since the 80s I believe. Locally, there have been ongoing research on how to further this hatchery process and make it successful. The survival rate for growing or farming this creature is very low according to some people so it really needs more research in order to avoid over fishing this from the ocean floor.

Imagine seeing the over farming of this from our seas all over the world and then you find out some of them just get mishandled (like pic below) before anything gets processed and sold. Think of the volume of those that just get tossed if they get damaged. None of it gets brought back to the ocean but are probably thrown away. What a waste of natural resource! 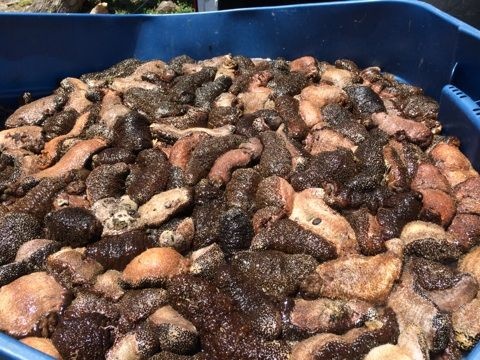 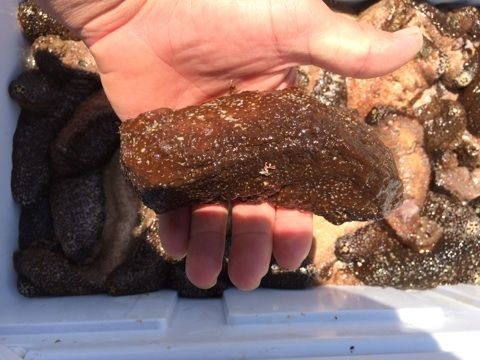 To avoid or reduce the likelihood of this happening, please educate yourselves first and foremost if you want to start this business because you are dealing with a living being that helps keep our oceans livable. It's life is as important as human life and should be treated with respect because hey, it will give you money so you can survive and buy all the things you want. Watch this video if you also want to know how to properly do this as a source of income in the future.

Apparently these ocean crawlers and the current climate change has an effect on coral reefs. According to an article I read online, in 2011 it was found out that the Holothuroidea are dissolving the corals! Oh my who would have thought they contribute to this along with climate change? But let's not fret because in a 2012 news article, further research shows that they still help the sea from getting too acidic.

An acidic ocean is a result of climate change; these sea floor creatures help out the water ecosystem even with all this environmental changes going on. Imagine then if they all get extinct! What will happen to the other sea creatures?! No more corals where the fish can live? No more fish, crabs, seaweeds and other food from the ocean to eat? Oh no, let's pray that does not happen at all.

It's really important that everyone in the planet, especially the first world countries, follow procedures to help stop this global phenomenon. The Paris Climate Agreement should be a great help to our world, unfortunately some people don't even think it's worth it. Tsk.

Okay so if you're not into making it into a source of income, fighting for it's wildlife conservation and are just curious to know what it tastes like then I will tell you. Based on what I ate, I can only say that it is kinda slippery and it's texture is in between a gelatine and cartilage. I don't know how it tastes on it's own because I didn't really like eating it. I like gelatine and cartilage but I got the icky feeling when I ate it the first time. I munched on it a second time and it still didn't grow on me. 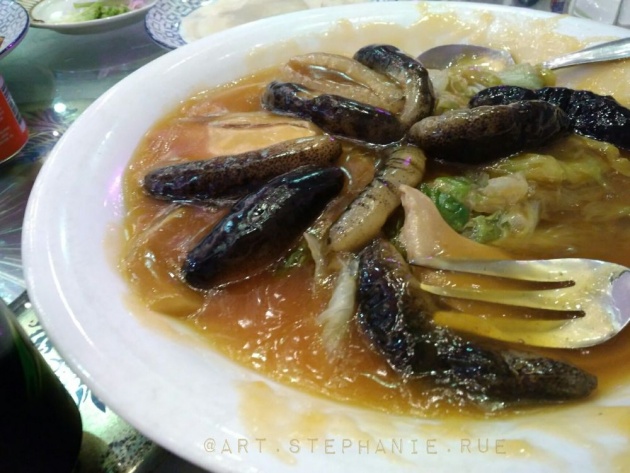 I wasn't able to eat the entire slice that I put on my plate. Made me sad now that I know how it's harvested and everything it entailed just to get it on our dining table. Imagine it going to waste... Poor sea cucumber, harvested and died but left unappreciated. :(

So there you have it... all about sea cucumbers. Now do you wanna watch something kinda funny about it? Check out this video of a sea cucumber getting "invaded" and treated like a house by a certain kind of fish! Can you imagine where it lives? Hahaha. Watch it here.

And that's it for my blog on sea cucumbers! Tune in for the next blog. Might not be about sea creatures but hey, didn't we have fun learning about it? :)

Now what do you think about sea cucumbers?

The Key to a Successful Catering Business

Image credit: Chineyes via bitLanders I'm not really much of a cook. In fact, I prefer to just buy t…

Bizarre and Exotic food, would you dare?

Please be a traveler, not a tourist. Try new things, meet new people, and look beyond what's right i…