The Invention of Lying and Gangs of New York: Deception In Movies + Some Commentary on the Topic

Hey everyone! Welcome to another pair of Hollywood movies worth watching. These two have almost similar topics: Deception.

Without further ado, let me start with the comedy movie first. 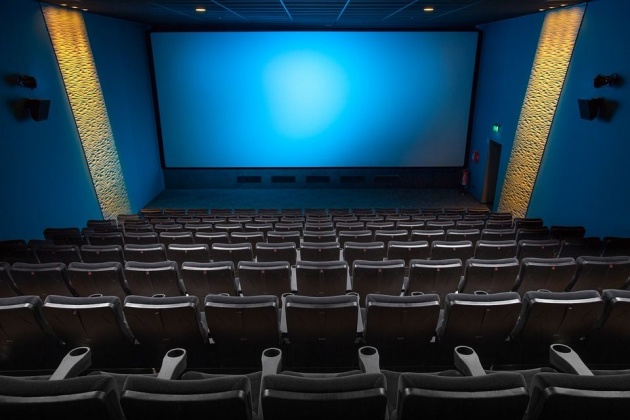 Deception is the Name of the Game 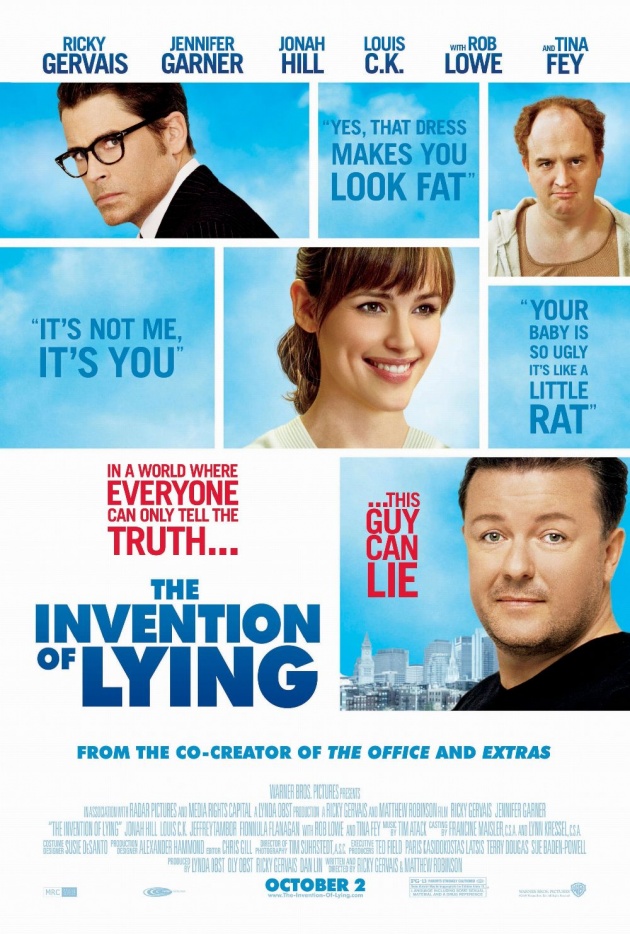 Ever thought how wonderful life would be if everyone would be honest with each other? Or do you prefer to hear lies so you won’t get hurt?

How do we become successful in life? Is it from deceiving other people? Then we are no better than the corrupt politicians we criticize for bad leadership and stealing our tax money.

How do we sell a product or service to someone? Is it by giving others false information and half truths or white lies?  Then we are no better than the husband who cheats on his wife and vice versa. 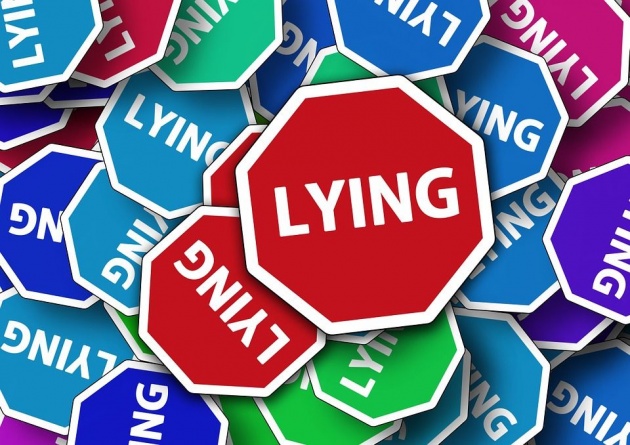 Ever seen the movie The Invention of Lying? It is sarcasm at its best and it shows how being terribly honest or truthful can really be painful in real life. It shows a world of no pretensions where it seems like there’s no niceties at all. Why? Because the characters live in a world where lying is unheard of while we on the other hand live in the world where lying and deceiving is prevalent and normal and actually "accepted."

Yes we can deny all we want that we don’t live in a world where lies are accepted but I've noticed how it can be the norm. There will be times where you will be looked down upon if you are a nice and honest person, especially in a sales career. Ethical salesmanship is missing most of the time. You will be called naïve and probably stupid if you are truthful and honest, unless you live in a place where everyone is honest and truthful too. 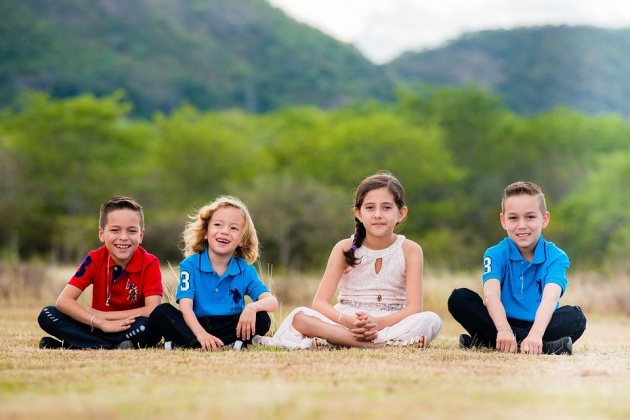 Only children are mostly given the right to be truthful and honest, but then even some kids are taught how to lie and cheat at a very young age. They learn how to be deceptive as they grow older much like how it was for us adults.

Everybody lies, I’ll admit that. Nobody can say they never lied at all; but what makes us deceive other people?

Bottom line: We lie because we don’t want to be hurt or we want to feel "good" about ourselves. Also, if we get lied to we would still feel hurt eventually because we know what’s true so why bother with honesty since everybody lies eh?

Well, does it feel good to deceive others? Would it make you feel better when only you do it to others instead of someone else deceiving you? If it does, then there is something wrong with you.

What if one day we learn that even our religion is made up of lies or half truths because we could never handle the truth if it is laid out in front of us?

I guess we have been conditioned to lie ever since Adam and Eve was tempted by the snake. How would we get into heaven then, supposing there really is one, if deception is what we do every moment of our life? It seems like enlightenment is for the very few indeed.

Going back to the movie, I can say that it causes one to think about our morality. The Invention of Lying while meant to be funny also pokes fun at religion. Oh boy. This piece of work contains seeds of wisdom that we must discover on our own. 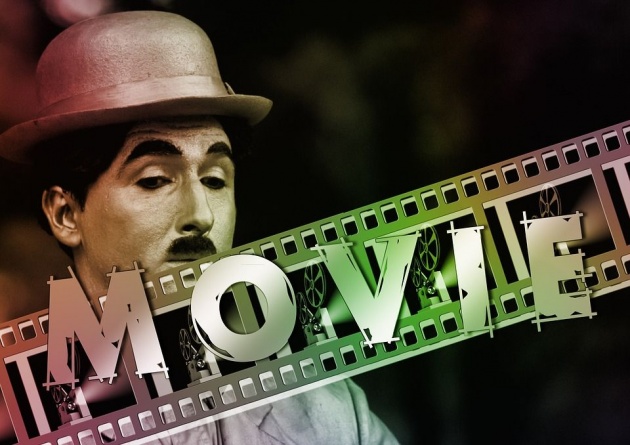 The story is all about a man who is living in an honest world where nobody lies at all. Eventually he discovers how to lie and people believe whatever he says so he became rich and famous because of it! That would make him a corrupt politician, a playboy and/or a compulsive liar in the real world. Haha. Anyway, what happens further is up to you to find out when you watch the movie. Or okay I'll tell you, he learns how lies can affect other people and himself too, in good and bad ways.

As for the actors, if you look at the poster farther up you will see it's a stellar cast and most of them are comedians so expect they can deliver deadpan lines expertly.

I was only able to watch this around 2014 but the film was actually released in 2009. I may seem kinda serious with this review and commentary but just watch the trailer below and have fun watching the movie if you haven't seen it yet. Let us know what you think in the comments.

To buy the movie online and watch it at home, you can also head on over to eBay for the best deals. :D

Gangs of New York – Revenge of an Immigrant's Son 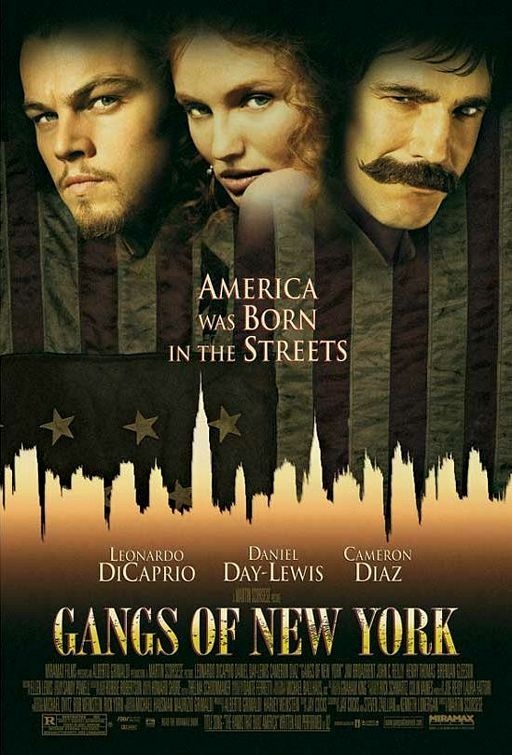 Apart from seeing the youthful looks of the actors in 2002 (like Leonardo DiCaprio who is in the movie), this is something worth watching. It’s got action, suspense, and romance mixed all together to entertain the viewers.

Gangs of New York is an amazing cinematic attempt at partly reliving or re-enacting a historical event in New York City (NYC), USA. William Cutting, a.k.a. Bill the Butcher (Daniel Day-Lewis) is the leader of the Natives (American immigrants),who killed the Irish immigrants' leader, Priest Vallon, in a gang war they had agreed on so as to end their struggle for power and rulership over Five Points, a neighborhood in NYC.

Specifically this movie is about Amsterdam Vallon’s (DiCaprio) revenge for the death of his father: his plan of murdering Bill (Day-Lewis), his conflicting emotions and finally a gang war to end his foe’s life. Doing all of that required loads of deceitful activities and "secrets" revealed too late.

Want to know more? Check out the movie's featurette below.

As for the story of Amsterdam being fictitious, it can be like spice to a meal since the New York gang wars during the 19th century is said to be real and did happen in the area. Side by side with this made up plot is another part of American history: the 1863 civil war draft riots. In the movie, it was due to this rioting that the gang war of the two groups did not have a chance to start; they were bombed by the army stopping the mobs’ rioting over the area. Eventually it led to a one-on-one fight/confrontation with Bill and Amsterdam which led to Bill’s death. Bill’s fighting style might seem unfair but it definitely made his death even better. 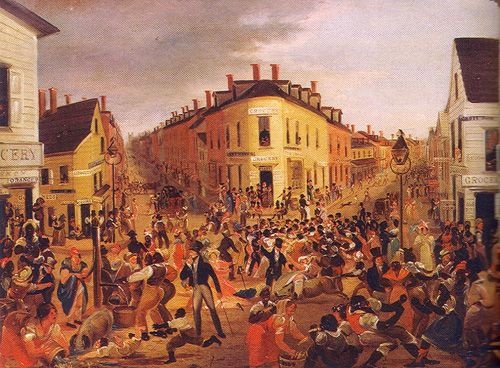 This film evokes feelings of melancholy, excitement and revulsion. Scenes showing political bloodbaths and corruption give the viewers a sense of extreme disgust over what they were doing which can sometimes remind us of our locality or country’s situation. A certain sadness also comes from seeing the result of all the struggles and fighting they did. It shows that nothing comes out of killing people. There are a lot of suspenseful scenes which can make viewers eager to continue watching the movie right through to the end.

Certainly this film shows great execution with the period setting, costumes and atmosphere. For the uninitiated, each scene may be authentically viewed as late 19th century New York. If you've seen the video above you will hear them say the set was actually created in a film studio in Italy! 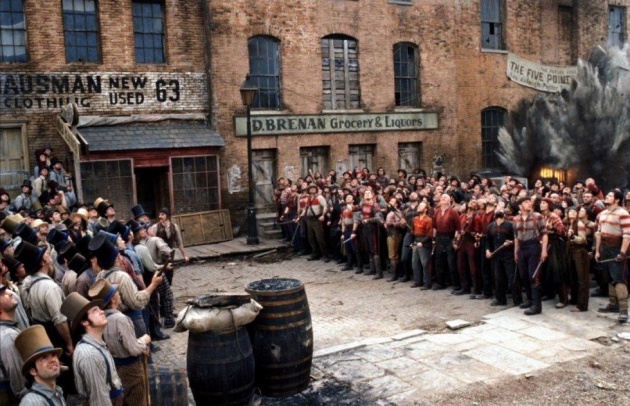 Everything was designed very well and made to appear as periodic as possible. The riots and brawls are as realistic as they can get. The cinematography is great and the music blends well with the movie. As for the ending or last scene, they did a good job in showing the city’s transformation from past to present.

Daniel Day-Lewis’ acting is the best among the rest of the performance simply because you can’t identify him with being just another actor acting onscreen, he is the character himself.

I can definitely say this is one movie you should watch if you haven’t seen it yet, just so you’ll also get some kind of idea about American history. As for rating this Martin Scorsese movie from 1 to 10, 10 being the highest, I give this movie an 8.

If you want to buy the movie online and watch it, you can also head on over to eBay for the best deals. :D 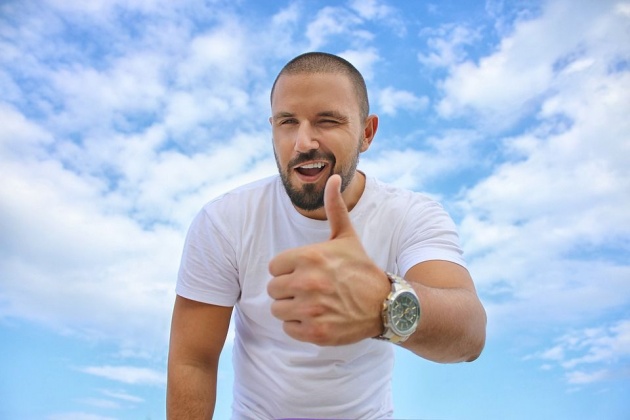