Mowgli is raised by two wolves, Akela and Raksha, after being brought to them by the black panther Bagheera. Bagheera also looked after Mowgli and trained him to behave as wolves and thought him the Law of the Jungle. However, he faced many difficulties in learning the ways of the wolves. Some years later, after a dry season, the jungle animals gathered to drink water without the fear of being eaten by predatory beasts. While all are watered, Shere Khan made a remarkable return, and soon discovered the presence of Mowgli among animals. Shere Khan warned the wolves that he will kill Mowgli sooner or later. The wolves, after a long debate, decided that Mowgli should leave the jungle for his safety. So, Bagheera decided to guide him to man village. In their way, Bagheera noticed the presence of Share Khan and asked Mowgli to escape. The latter managed to flee Share Khan thanks to a herd of Water Buffalo. While looking for Bagheera, Mowgli met Kaa, a powerful snake, who hypnotized him and wanted to devour him. Luckily, Mowgli was rescued by a bear named Baloo who, in return, asked him to grab some honey for him as a reward for saving his life. Ballo was impressed by the amazing tricks that Mowgli used to get honey easily. Meanwhile, Share Khan killed Akela when he knew that Mowgli left the jungle. Eventually, Bagheera found Mowgli and urged him to join man village as Shere Khan was hunting for him. However, Mowgli was kidnapped by a gang of monkeys who took him to their leader, King Louie. The latter promised him food, treasure and protection from Share Khan in exchange for the “red flower”. As Louie chased Mowgli, he informed him that Akela was killed by Share Kan. Then, Mowgli decided to combat Share Khan alone and defeat him. Finally, Mowgli found the man village and took a lit torch to use against Share Khan. In his way to Share Khan, Mowgli caused fire in the jungle. After being condemned by Share Khan as the enemy of the jungle, he threw the torch in water to show that he was not afraid of him. Then Bagheera, Baloo and the wolves started combatting Share Khan giving Mowgli time to set his trap. He could fortunately defeat Share Khan by luring him up a fragile branch of a tree. 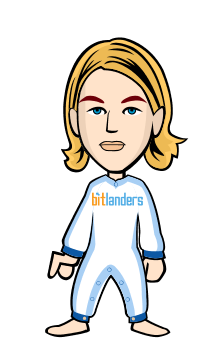