The lady in the mirror

Hi, everyone! This story was written by one of my best fri6ends. I hope you like it. I drew the picture, it isn't the best but I tried.

The Lady of the Mirror

He was walking slowly, under the storm, under the cloudy sky. His life was being drained in front of his eyes, and he only watched. Fatuous was his suffering, eternal was his melancholy, his life was vanishing and he did nothing. He was just a fragile being, sensitive and broken. A puzzle even to himself. Until he met her, solemn and serious. Her eyes were serious and tired, her long black hair swirled around her shoulders, covering her neck. Soft and smooth like the skin on her face. He met her by coincidence, but apparently, like he believed, coincidence doesn’t exist. She was unique and one-of a kind, mystical. A mystery halo surrounded her like a golden aura. Soon after, he only wanted to watch her smile, touch her hands, and lose himself in her hair. But she was not there, she was only a reflection, an illusion in the mirror. But he wished to meet her, prove if her face was really like the mirror and not only an illusion. The illusion made ​​him happy, had its own world full of color.

He found the mirror, between the deserted rooms, she was there, serious, solemn, and beautiful. He started a conversation with her, her voice was sweet, melodious and he liked it.  In a mutual agreement, they started a friendship. She made him happy and he tried to do the same, get a smile from her and her smiling through the mirror which gradually dimmed more and more. They both noticed that the link between them was closing.

So they continue until the link was closed, and they couldn´t see each other anymore. He began his own Odyssey, his own Iliad only to see her. He crossed the steep mountains, the abyss of death, and he faced and defeated dragons and giants. And so, when he reached his destination, weak and tired from his journey with tears in his eyes and the last breath, he saw that death had swept with everything, with his love of another time. It wasn´t just an illusion. Defeated by time, he was swallowed up by death, closing his eyes, looking down he expired. When he looked up, he was on another side that he did not know, everything had color and was beautiful, there was someone in the distance, and he could see to her, it was a young woman with long hair and beautiful eyes. He looked at her, and she smiled. 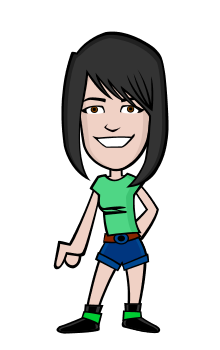 The Radioactive Squirrell with DCF

In another day on the city of Nezahualcoyotl, the Radioactive Squirrel was walking while it looked f…

The radioactive squirrel hasnt a special place to live. Its not known if it really can be considered…