The Latest Drama of the Famous Korean Actor Lee Min-Ho: The Legend of the Blue Sea - Drama Review

Hello Everyone! This is my 3rd blog here on Bitlanders and I will be sharing to you another Korean drama review! This Korean drama is the Latest drama of the Famous Korean Actor LEE MIN HO. I’m sure a lot of you knows who Lee Min Ho is or even watched some of his Dramas and Movies. His Latest Korean Drama is entitled “The Legend of the Blue Sea”. I’m not sure if some of you has already watched this drama because this show has a very high rating that reached 20.8 percent ratings nationwide with its 17th episode! Even my teachers is watching this drama (hehe). Anyway, for those who haven’t watched this amazing Korean drama yet i suggest you to finally watch this drama especially when you have a lot of spare time and if you don’t have, you really have to find ways to watch this drama because this is a MUST watch Korean Drama of 2017 :D Continue reading below for The Legend of the Blue Sea Drama Review! :) Continue reading below for The Legend of the Blue Sea Drama Review! :D

THE LEGEND OF THE BLUE SEA

The Legend of the Blue Sea is a Korean Drama Series starring Jun Ji-hyun and Lee Min-ho. This drama’s genre is Romance, Fantasy, Comedy, and Melodrama. This is directed by Jin Hyuk and Park Seon-Ho. It aired on November 16 2015 to January 25, 2017 every Wednesdays and Thursdays on SBS at 22:00KST (Korean Standard Time). This drama consist of 20 episodes with 60 minutes every episode.

Director Jin Hyuk is also the one who directed the Korean Dramas City Hunter which also starred by Lee Min Ho way back 2010 and Doctor Stranger which is starred by Lee Jong Suk way back 2014. The writer of the film Legend of the blue Sea is Park Ji-eun which is also the one who wrote the Korean Drama “My Love from the Star”, one of the famous drama that also had high ratings here in the Philippines way back 2014. My Love from the Star was also played in ABS-CBN on 2014.

Watch the Trailer of this Drama below! :D

LEGEND OF THE BLUE SEA TRAILER

Legend of the blue sea is about the Love story of Kim Dam-ryeong (Lee Min Ho) and the mermaid Se-Hwa (Jun Ji-hyun). Kim Dam-ryeong fell inlove with se-hwa because she saved her from drowning and later found out that se-hwa has the same feelings. But one day dam-ryeong’s father wants him to marry another woman and because of that se-hwa leaves dam-ryeong and erased all his memories of her. However they met and fell in love again years later but they tried to escape from the people who wants to separate them and who wants to kill se-hwa because she is a mermaid. This al happened I the Joseon Era.

Dam-ryeong is afraid their fate will repeat itself in the future. Kim Dam-ryeong is now named as Heo Joon-Jae in the modern time and Se-Hwa is now named as Shim-Cheong. Watch the movie to find out yourself if their story in the past repeats itself or what are the things that changed. :)

Kim Dam-Ryeong is a the Town Head in Joseon Era who fell in love with Se-Hwa the mermaid. Heo Joon-Jae is a modern con-man artist. They deceive or lie to people to get money from them or what we call scam. He met Shim-Cheong which he then found out that she was a mermaid and fell in love with her again in their present life.

Se-Hwa is a mermaid who saved Ki Dam-Ryeong when they were still young in the Joseon Era. Se-Hwa is named Shim-Cheong in their present life, swam to seoul and stayed in land to find her True Love which is Heo Joon-Jae.

Park Moo is a worker under Joon-Jae's stepbrother in Joseon Era which is Chi-Hyeon. Nam Doo is Joon Jae's Mentor, he is like a brother to him. They lived together since they had an agreement that Joon-Jae will hep him do his job till Joon-Jae finds his mother.

Tae-Ho is also a con-man together with Joon-Jae and Nam Doo, he is a very genius hacker. He is very quiet and really likes to play computer games. He also has his headphones on almost all the time. He has a secret crush on shim-cheong but ended falling for someone else.

Image Source: All About Korean Drama via http://star.koreandrama.org/shin-hye-sun/

Cha Shi-ah is Heo Joon-Jae's schoolmate. She is involve in a one-sided love to Heo Joon-Jae for a long time but ended up falling for someone else.

Cha Shi-Ah was also the woman Kim Dam Ryeong's father wants him to marry in the Joseon Era.

He is Joon-Jae's stepbrother. His mother is Kang Seo-Hee, he loves his other to the point that he will kill someone just to save her mother from danger. When the drama almost ended it shows that Chi-hyun's reincarnate is a antagonist. 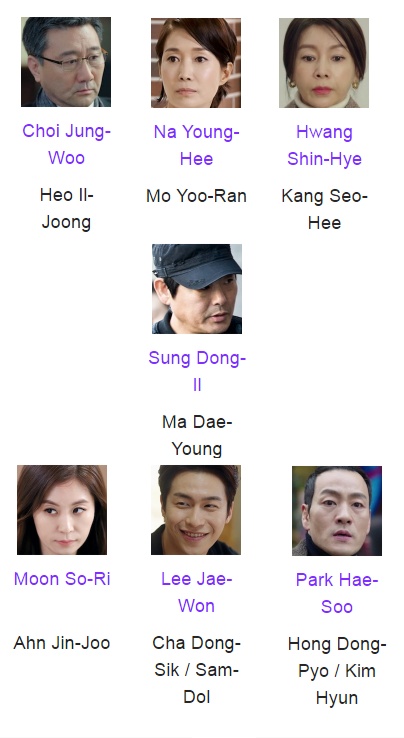 He is the father of Joon Jae. And even though jon jae left home and he has Chi-hyun beside him he always thinks about his real son joon-jae.

She is the step mother of joon-jae and the real mother of Chi-Hyun. She is one of the villain of this drama.

He is the real father of Chi-hyun. Ma Dae-Young and Kang Seo-Hee are partners all this time.

Ahn Jin-Joo is the owner of the house where joon-jaes mother lived and she is Shi-ah's sister-in-law.

He is the husband of Ahn Jin-Joo and the brother of Cha Shi-Ah.

He is a detective in the present time and he is investigating Heo Joon Jae's crime or the scams. In his past life it turned out that he is a friend of Dam-Ryeong.

A very famous Korean actor in Korea and also here in the Philippines! Remember the very Hit drama back on 2009 entitled "Boys Over Flowers"? Lee Min Ho acted as the Male Lead "Gu Jun-Pyo". Lee min-hoo is from Seoul in South Korean and was born on June 22, 1987. He is under MYM Entertainment. He won Best Actor, Ten Star Award and Best Couple Award with the Drama Legend of the Blue Sea.

Also known as Gianna Jun. She played the role of Cheon Song-Yi in the Hit drama "My Love from the Star" way back 2014 and she won Grand Price, Best Actor or Actress Selected by Directors and Best Couple Award with this Drama. She was born on October 30, 1981.

Lee Hee-Joon is from Daegu in South Korea and he was born on June 29, 1979. He is under BH Entertainment. He also participated in the Dramas "My Husband Got a Family" and "Yoo-Na's Street". Also in the short film "The Flu" way back 2013.

She is a Actress under YNK Entertainment. Born on August 31, 1989. She participated in the Dramas "Oh My Ghostess" as Kang Eun-Hee the sister of the Male Lead in the Drama and the Drama "Angel Eyes" as Young Cha Min-soo.

He is from Gyeonggi Province in South Korea and was born on October 29, 1988. He participated in the Dramas "Blood" as J and "Mirror of the Witch" as King Seonjo.

She is a South Korean actress born on March 3, 1961 and is already 55 years old. She participated in so many dramas and movies already including "Lucky Romance", "Glamorous Temptation", "The Producers", "Fated To Love You", "My Love from the Star", "Rooftop Prince" and many more to mention. (hehe :))

LEGEND OF THE BLUE SEA FUNNY AND HAPPY MOMENTS

BEHIND THE SCENES AND AFTER THE DRAMA AND PHOTOS 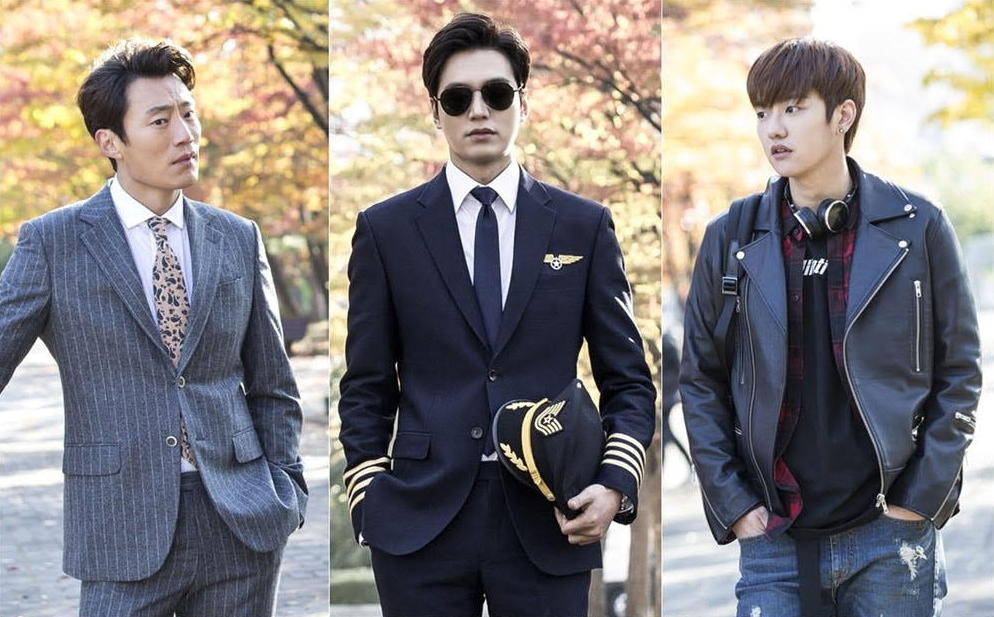 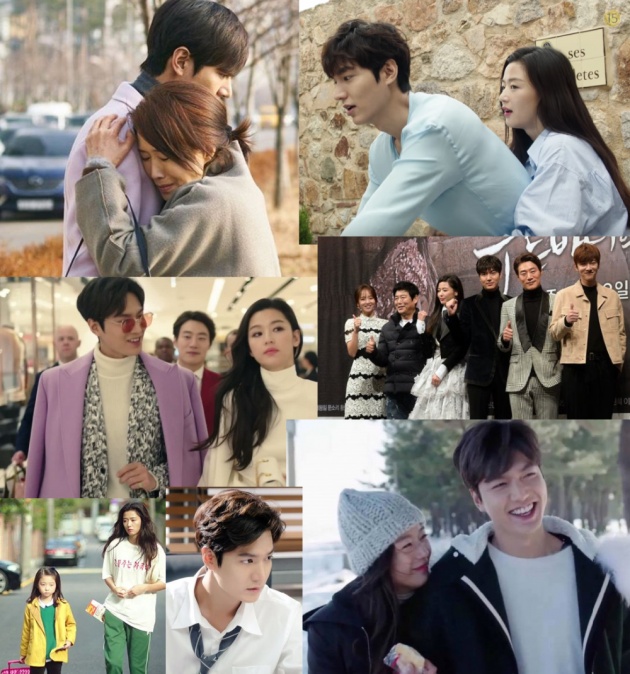 And this is my Legend of the Blue Sea Drama Review, I watched this drama because I know the two Main Characters and that is Lee Min-Ho and Jun Ji-hyun. I saw Jun Ji-hyun in her drama My love from the Star and Lee Min Ho in so many dramas like the Boys over Flowers and City Hunter. Lee Min Ho has a upcoming movie and I am really looking forward to watch it soon. And also I really love the official soundtracks of this drama! Just by listening to it gives me goosebumps and I remember the emotional parts of the drama :D

Anyway, this is also a very nice drama and just like from my previous blog entitled "The Exo Next Door Drama Review and Meet the Famous Korean Boy Band EXO" you have to find ways/time to watch this amazing drama!

And this is where I end my 3rd blog, thank you for reading my blog! Hope you like it ;) Please look forward to more Korean Drama Reviews :)

A grade 11 wanna be blogger who loves to travel, read books and watch Korean Dramas.