I woke up to angry thoughts of someone lying to my face. It's not even someone I know but it makes me so angry just remembering it. I haven't proven it but I have always been very good at knowing when someone is lying.

And because of the burning anger I just had to let it out or I might die from it right? So here it goes.

From the blinding rage, my mind came up with a popular saying: Liar liar pants on fire.

This was supposedly written by William Blake, but upon further research online you'll see it's only a paraphrase of his poem, 'The Liar'. Even reddit people discussed this and it was kinda fun to read. Lol.

So why the hate and attention to lies today?

Because it's starting to build up to here. Like really. Do you really want to know why? Well because:

I know I should address the person or people who are lying to me or making me lie but since I don't want to confront them while I'm angry I'll write about it first.

First of all why do we lie? Why for self-preservation of course! Either to look better to others or to hide something from someone. There are more reasons I know you can give me but at the root of it is always to protect ourselves and our insecurities. It does eventually cause our ruin especially when we are caught, but even if we don't get caught, most people will still know or sense it somehow. 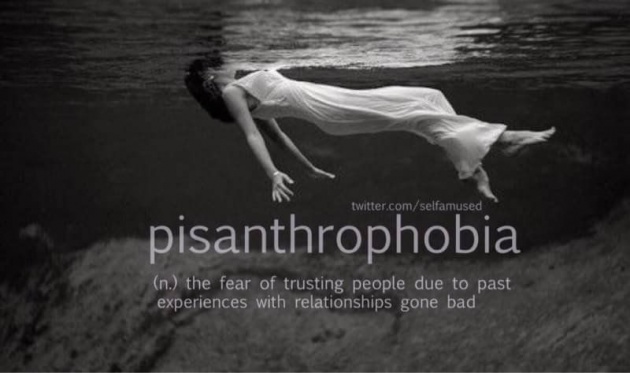 I can't answer for why you lie, I can only answer for myself. I'd like to proudly say that I rarely lie because it's too much of a hassle to have to keep up lots of different threads to back up made-up stories. But no, I won't say that, because what's the point? Would you believe me? I just know that lying is so not worth my time. Plus it's not good for my credibility. I have better and productive things to do than lie. I'm not perfect but I hate lying and being lied to.

Most Accused as Experts in Lying:
Lawyers, Politicians and Sales People

Would you agree that the most accused of being the best liars in the world are the lawyers, politicians and sales people? No, I did not read any online article to come up with this because I know. Just based on people's professions, each of these gets accused of being good at lying most of the time.

I left this field back in 2014 just after 3 months because of the multitude of lies and deceit and distrust from everyone. (I only went back because the team and company I am in now is so much better than back then. Less negativity for the win!)

Even if you are honest no one will believe your honesty in a sales job. I'll tell you an insider "secret": Each veteran sales person are, in their own way, used to lying to each other and everyone else they work with that they don't trust other people more than themselves. What more if you have a buyer trying to buy something they don't really need?

As for honest politicians, well we know very few of them exist. Maybe it is a rarity, who knows? As for what you think about them, well you can share a bit via this Querlo chat box.

And about lawyers being honest, I think you and I  will laugh at that. They can be "dirty" people too and find a way to squeeze anyone out of any situation. That's what they are paid to do. Of course the first requirement to be a great lawyer, I believe, would be that they should be able to get out of sticky situations on their own and be smart about it too.

Did you notice how what I wrote above are mostly the bias we all have for everyone in all three professions. You wouldn't know how hard it is to be a good person until you're in any of these three I can assure you.

Be The Better Person in Any Profession

Being that I am only a sales person and not a lawyer or a politician, I can only share about being an honest seller. A sales career need not be as dirty as most people make or think of it. Of course there are many ways to not fool anyone or lie to your prospects and customers.

If people prefer to lie and cheat other people to make a sale, it's their karma and not yours. It's their soul that will suffer and not yours, but then again it would be better if we all don't lie to each other just to earn more money.

If you search online, you will find different ways to do business honestly and truthfully. We need not lie to everyone just to make big money. Lies and deceit are what makes any job or business so dirty. All the underhandedness and the red tape and the quick deals we do just to get what we want faster or easier won't make our souls any better.

One of the advice you can find online on how to sell in an honest way is to let people decide for themselves by giving them the real facts and info of what you offer. Also, I'm no expert in sales but if you care about a customer more than you care about yourself, I'm sold. Sounds easy but not if you're not used to doing it sincerely.

Second, no one buys from a smarmy seller except those stupid enough to do so, so don't be either.

If your prospect detects you are more of a liar and sweet talker, they will feel it. I can feel it when talking to other sellers, even fellow agents and I hate it when deceit happens. I always give the benefit of the doubt even if I feel they are lying or they are trying to con me but it always turns out that I was right about doubting.

Nevertheless, it pays to be honest in the long run. It is better to help each other succeed than bring each other down like crabs do.

Now as for lying to ourselves and telling "little white lies"... well that's a topic for another day.

Anyway, since I've definitely simmered down, I can now say let's focus more on the positive things like how we can help others in acquiring what they need rather than focusing on the negative. It will be so much better if we do not disregard or tolerate when people do the wrong things. As you know, it's not the bad people that make the world a terrible place. It's the absence of action from the good people.