The Miserable Development of These GoT Characters Let us get this outright first -- for some interesting twist of fate, these three GoT characters: Tyrion Lannister, Cersei Lannister, and Littlefinger, have drastically transformed from cool or clever to just weird that borders to miserable.

The Main Characters of GoT Season 7

Now that the Game of Thrones' Season 7 is already over (unlike previous seasons that has 10 episodes, HBO's GoT Season 7 has been shortened to only having seven -- see what I did there?), millions of fans are surely still left in shock and astonishment on the revelations and outcome of some GoT characters. Of course, there's the shocker for Jon Snow's true parentage, Arya becoming a skilled killer, Sansa growing some balls (figuratively), Littlefinger's demise, the wipeout of the sand snakes, etc...

Game of Thrones Season 7 was so good that I opted to watch again all seven GoT episodes. Unfortunately, in doing so, yours truly discovered something that disymay me to a certain extent. As the title of this post imply, it has something to do with the character development of three above-mentioned characters at the introduction.

Before moving on, a heads up please to readers who have not yet seen HBO's GoT Season 7, this post may contain some spoilers.

Let me begin with Littlefinger. Any reader who are not devout fans of Game of Thrones may not know that Littlefinger is the diabolical mind behind the Battle of the Five Kings.

Littlefinger's life story is not that great. He is from the a minor house and was deprived of his one true love (Catelyn Stark) simply because he is not worthy (no pun intended). Let's just say that another suitor of Catelyn is from one of the great noble houses (Stark) and when Peter Baelish (Littlefinger's true name) challenged the Stark suitor, well, Baelish was humiliated -- BIG TIME!

Naturally, this would plant a hatred to any person's heart. But since Peter is quite clever and ruthless, his hatred did not only devastated the Stark family but other Westeros noble houses as well (particularly the Lannisters and Baratheons). Thinking about it, the damage done by Baelish is more than any army could inflict on said houses.

However, is GoT's Season 7, Littlefinger's demise was quite simple. The deaths of other despicable characters of GoT such as Joffrey Baratheon, Balon Greyjoy, Walder Frey, etc... was quite spectacular in a twisted sort of way. These characters are so vile that their deaths satisfied the audience desire to take them out of the picture. Since Littlefinger is in the same league with those vile characters, its quite strange how the events leading up to his demise was as simple as what has happened in GoT Episode 7 (of season seven)

Tyrion Lannister: the strategically gifted imp (but not anymore it appears)

Next is the imp of the noble but calculating house Lannister. Tyrion's desire for drinking and whoring can be said as five times more than his size (he is a dwarf just in case anyone is wondering) -- but still, he has a clever and cunning mind.

In the words of one of the most compelling characters (and his father) Tywin Lannister to Tyrion in Season 2:

I always thought you were a staunted fool, perhaps I'm wrong

Anyway, Tyrion's physical imperfections are compensated by mental aptitude. What he lacks in height is inversely proportional to his ability to read characteristics and formulate clever outcomes. Well, these are the traits on how Tyrion Lannister is portrayed in Game of Thrones' Season 1 to 6.

Unfortunately, watching again Season 7, it seems that Tyrion's mental capability is somewhat dwindling. Let us look at the facts:

• He advised Daenerys not to take the iron throne by force. And this led to the annihilation of the houses of their two noble allies.
• He devised the plan to take Castelry Rock. Well, the plan was a success but in the overall scheme of GoT things -- it was a catastrophe.
• In the previous seasons, Tyrion Lannister can make calculated risks with favorable returns. However, he seems to fail in reading Cersei's backstabbing scheme.

Hopefully, Tyrion will redeem his self before this hit HBO TV series ends.

Let us now focus our attention to Cersei Lannister. The vile and conniving current Queen of the Seven Kingdoms. For the benefit of those who are not aware, Cersei is now the reigning ruler of Westeros since she strategically blew up all the competition (literally).

Like Tyrion Lannister of the preceding section, Cersei can be considered as manipulative and clever. But as the former Lannister patriarch (Tywin Lannister) explained to Cersei: "You are not as smart as you think you are..."

However, one of Cersei's primary goal is to sit at the Iron Throne. And luckily for her, she was able to achieve this goal. It came at a high cost, but nevertheless, she still achieved it. Although it made me sick to my stomach on the methods Cersei used to be the Queen of the Seven Kingdoms, I did acknowledge her implemented strategy last season (Season 6).

Scene showing the explosion of the Sept of Balor 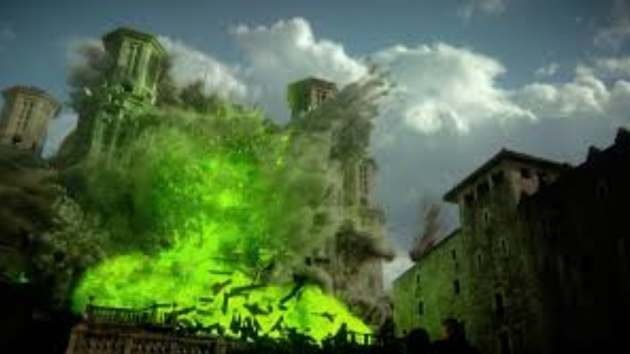 Sadly, the events of Game of Thrones Season 7, is now made me thinking otherwise. Sure, she started all cool and calculating by persuading the Iron Bank to take her side, but c'mon, is she mad?!?! Obviously, by the term "mad" I mean, is she crazy or our of her freaking mind!

Some readers may say what is the reason for my outburst, well, here's why:

1. Cersei's army is at war with Daenerys Targaryen since the latter wants to reclaim what is she thinks is rightfully hers.

2. But a much larger threat is looming. And at war, even though two parties are at war, it is just common sense to lay aside differences and unite forces to fight a common powerful enemy to ensure survival for both parties involved.

3. Cersei saw first hand, the power of the enemy. Although she agreed to join Daenerys to fight the army of the dead, it was revealed that all this talk about uniting is farce. Cersei's true intention is to not join the fight, get back all the lands that Daenerys has already taken, and wait for the victor between the battle of the dead and Daenery's forces.

Number 3 seems like a good strategy -- only it is not (and even her brother, Jamie Lannister, knows this). As expained by Jamie, if the army of the dead wins, they're all dead as the dead naturally dislikes the living. And in the rare chance that Dany's forces proved to be more powerful and emerged victorious, they're still all dead. This makes lots of sense since Jaime has seen Dany's army fight and if it was strong enough to beat the poweful army of the dead, they stand no chance against it.

Scene showing Jaime explaining to her sister (Cersei) the result of the great war:

So back to what I am saying, is Cersei crazy or becoming stupid?! Hopefully, the final GoT season will have something more for Cersei, otherwise, she'll apparently be the most hated idiot character on this particular HBO series.

That's just about it. If you have any GoT characters that you think should be in the list, feel free to put it in the comment section.

I Watched The Worst Witch Because of Lyanna Mormont Have you watched Game of Thrones yet? While the …

(Photo Credits: Screengrab via YouTube.com) More than a walking dead -- it's an Army of White Walkin…

(Photo Credits: TAnthony via wikipedia.org) Jon Snow is one of the major characters of the HBO hit t…

Is GoT Season 7 the best season of Game of Thrones yet?