The Modernized Ways of Making Money

In the first decade of the 21st century, technology reach its golden era... from highly anticipated DLSR's and Digital cameras, LCD to LED to Smart and HD Television sets, thinnest laptop's and macbooks, up to the high-end and multi-purpose smartphones and tablets. These are the things that makes every thing in this world more better than yesterday. And as the technology upgrades everyday, activities of humans became more dependent to these "techie" things... and even making money can be as easy as clicking the ENTER button of your keyboard.

These days, there's a lot of money making sites that you can be done in the comfort of your home. And in this blog, I will enumerate some of it.

1. FILEHOSTING. Filehosting starts as early as 1970's, when the floppy disk, the first removable device, was invented for manual file transfer. In early 2000's, torrents, limewire and mp3 downloading was introduced to the market. and in 2002, Rapidshare, one of the first filehosting sites of it's kind who gives percentage of their earnings to the UPLOADERS or to the one who uploads a certain file, like movies, music albums, computer application, etc. Megaupload also introduced in 2005 and became one of the biggest filehost ever exist. These two are only part of hundreds of filehosts that introduced in the world wide web. They just accept and stores an uploader's file to their servers, and this uploaders distributes the link of this files throughout the internet, using blogsites, forums and even sending it to personal emails. And if someone buys a premium membership for a more less download restriction, or even just downloading that certain file, the uploader will credited with part of the filehost earnings, depending from file size or country were the file was downloaded. Some can earn as much as $500/day in just uploading different files. But this filehosting business is illegal because it kills different industries, from film to music industry and more. So, in 2011, the US goverment pass a bill that will make the owner of the filehosting sites, and even the uploaders, sent to jail. 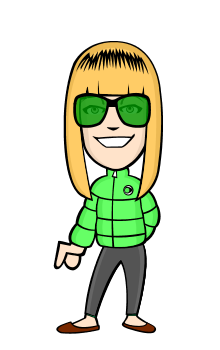 Love to cook and bake! Want to be loved...