Hey Guys!!! Hope you all are fine , today i have come with the famous and most watch able TV Show " The Muppets"

It is an American television comedy series that launched on 22 September 2015 on Channel ABC, which is co-created by Bill Prady and Bob Kushell. The series is produced by Muppets Studio and ABC Studios.Let's have a look on celebrity on this show. 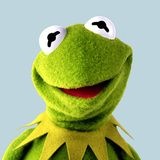 Kermit is the oldest and most lovely character in this show , he is the world's most famous amphibian and film star.He is the Executive producer of Up Late with Miss Piggy. 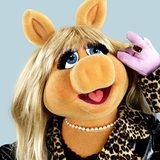 She is the most famous international film and television star and the most fashionista and the fabulous host of her own late night talk show. 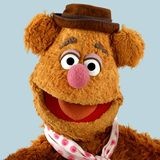 The greatest and only stand-up bear in the showbiz Fozzie is the Warm-up Comic on Up Late with Miss Piggy. 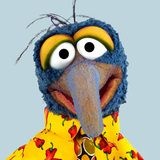 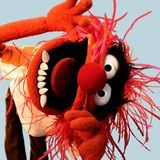 He is the best all-round rock icon in the Electric mayhem , so powerful, energetic and dynamic drummer. 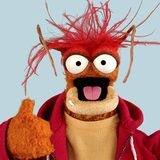 A renowned ladies' man and notorious schemer, he is the writer on Up Late with Miss Piggy.

Lets have a look on the presentation of "The Muppets Show"

The series sets in Los Angeles and shows the everyday personal and professional lives of the Muppets.The Muppets serves as a parody of other life style series such as Modern Family, The Recreation , Park and The Office.let's see who's behind all of these Muppets

Let's see some of the beautiful pictures of the show 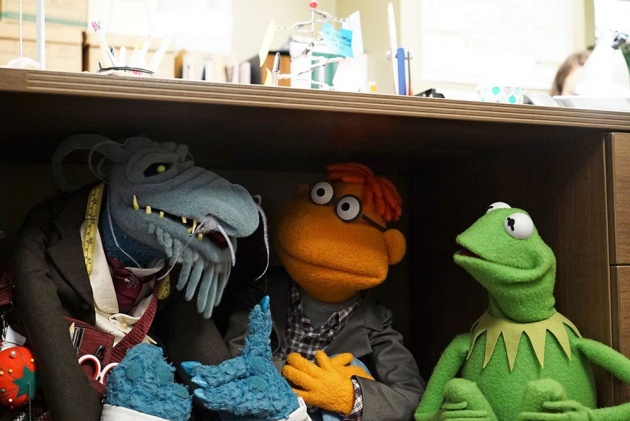 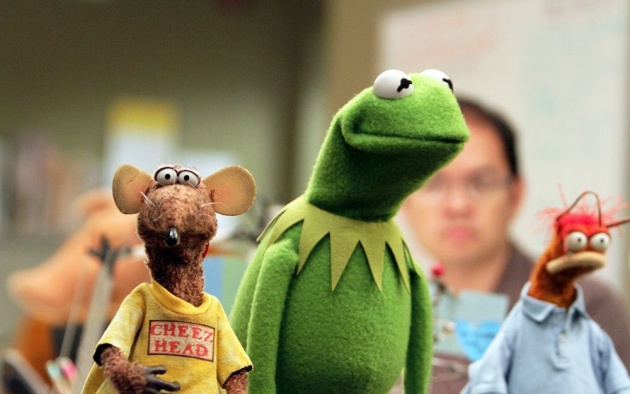 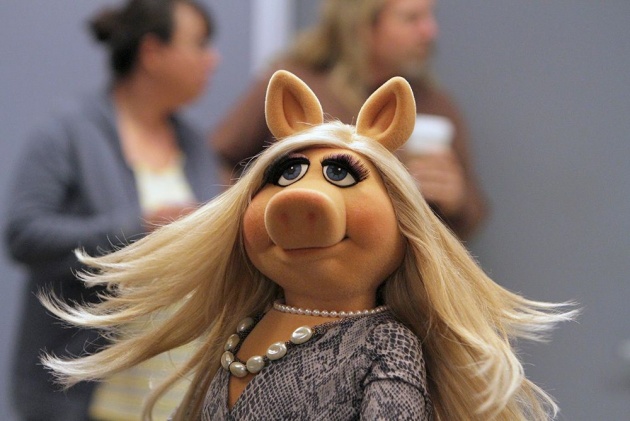 Bill Prady originated the idea to bring the Muppets back to television prime time and enroll Bob Kushell as co-creator of the show.The Muppets was considered a "stealth, late presentation" in the 2015 comedy season. After considered the pitch of Prady and Kushell's ABC script a 10-minute concept film presentation which was filmed at the Walt Disney Studio in May and delivered on scheduled time of ABC to the public on July 2015.

The sets were arranged at four and a half feet so that the Muppets performers will easily operate the characters and all sets can have platforms which can be moved to other place as well.The Muppets received full 16 episodes season from ABC on October 2015.

The Muppets premiered on September 22, 2015 on ABC in the United States and in other countries as well from different channels throughout the world.

Let me share with you some thing more about Muppets ...there were many movies created on Muppets , here i can give you some information about 2011 and 2014 movie.

The seventh American musical comedy film "The Muppets" was created on 2011 and the film is directed by James Bobin written by Jason Segel and Nicholas Stoller, produced by David Hoberman and Todd Lieberman.

let's see the cast of this movie:

Jack Black as Himself

In 2008, Jason Segel and Nicholas Stoller gave a concept for a Muppets film to the Walt Disney executive wise-president of production Karen Falk.The film was titled The Greatest Muppet of All Time!!!.

Story goes around two brothers Walter and Gary which are resident of Smalltown, and the fans of the Muppets, they watched the show thourghout their youth , now in adults Gary plan a vacation to Los Angeles with his girlfriend Mary to celebrate their tenth anniversary, he inviting Walter so he can tour the Muppets studios as well and Mary feels that he is not good for his relation with Gary, the story is so fantastic amazed and about the life style of a person .hope you enjoy it

Please check the link for the trailer of The Muppet https://www.youtube.com/watch?v=C4YhbpuGdwQ

Many songs were written by Bret McKenzie for the Muppets.. The film's original soundtrack was released on Novemeber 2011 and McKenzie also won the Academy Award for the song "Man or Muppet" for the film The Muppets.

"Muppets Most Wanted" was the second biggest production of Walt Disney Pictures and Mandeville Films on Muppets , it was released on 2014 and was American musical comedy film directed by James Bobin and written by Nicholas Stoller, the film is sequels to 2011's The Muppets and Stars.

Muppets Most Wanted had its first premiere at the El Captain Theatre in Los Angeles on March 11, 2014 ans was released on March 21, 2014.The film earned 80.4 Million Dollars Worldwide.

Steve Whitmire as Kermit The Frog

Dave Goelz as The Great Gonzo

Bill Barretta as Rowlf the Dog

Following the previous event of the film. The Muppets find themselves at a loss as what to do suggested that The Muppets go on a European tour.As they began their tour the criminal master mind Constantine which is near  exact double of Kermit the Frog  in appearance escapes from jail and joins his subordinate Dominic to steal the Crown Jewels of the United Kingdom, now how Kermit save himself from him and bad idea of steal the crown and escapes from jail and take back the crown from him.

The movie is full of happening , surprising and joying of the Muppets hope you like it .

The Hobbit The Hobbit: An Unexpected Journey is a film that became the beginning of the story of th…

(image source : google.es) Agents of S.H.I.E.L.D. It is an American television series of the genre …