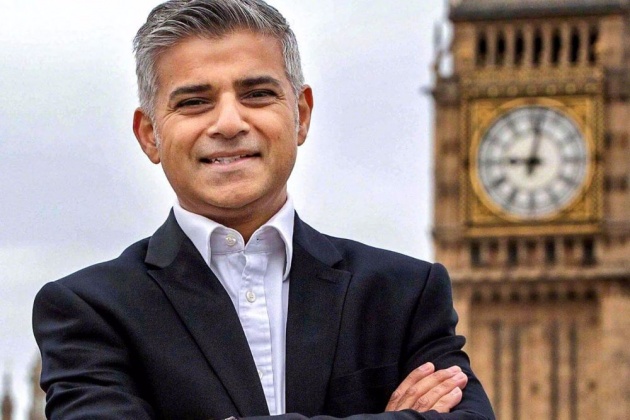 Sadiq Khan is a man who make a lot of efforts through which he became mayor of London in recent mayoral election 2016. Through this success first time he declared his intention (as in the Labour mayoral nomination) that he wants to become Mayor of London In 2015. Election of Mayor of London was held in 2016, and there Khan won this election with heavy mandate and he has become 1st ethnic minority mayor as well. In this way Khan has also became the first Muslim member of a major Western capital. Sadiq Khan (Labour Party Member of Parliament) won this election against Conservative Party Member of Parliament named Zac Goldsmith.

Given below is the link where you can check the result of Election of Mayor of London:

As a mayor, Khan focused on uniting the varied communities of city and introduced reforms to limit charges on London’s public transport. Sadiq Khan works a lot for improving relations between British and Muslims communities and for this purpose he has received security threats from some extremists from both communities as well. 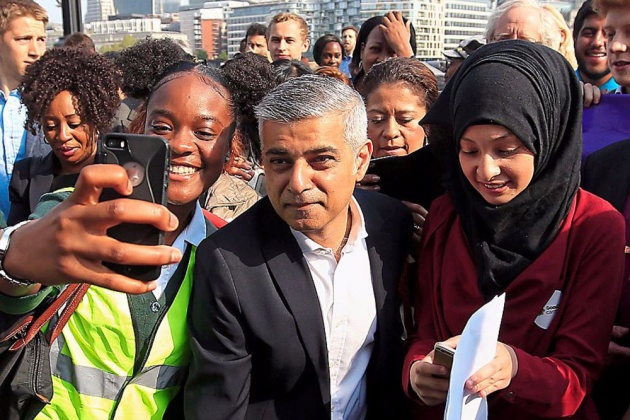 Sadiq Aman Khan is not only a mayor of London but he was also a Member of British Parliament for Tooting. He belongs to political party named Labour Party. In 2005 first time he was elected as Member of Parliament (for Tooting) and in 2010 he was again elected.

Apart from this his life is not remained involve only politics, but he is also a big fan of these sports like cricket, boxing and football. In 2014 he participated and run in Marathon, and raised more than £20,000 (pounds) fund for the Evening Standard's Dispossessed. 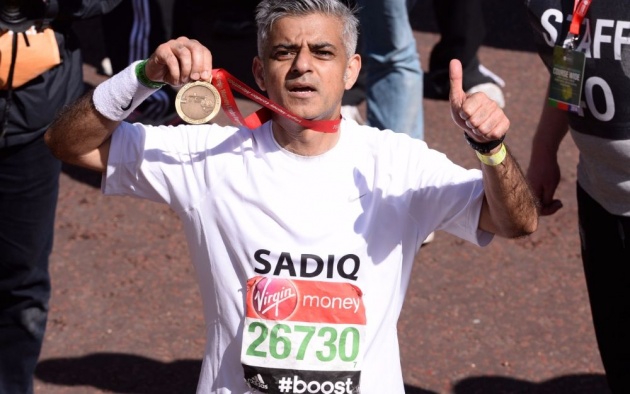 On 8th October, 1970 Sadiq Khan born in London. Amanullah Khan (father) and Sehrun (mother) are the parents of Sadiq Khan. Sadiq Khan have six brothers and one sister. Khan belongs to Muslim family. In 1947 after the partition of India Sadiq Khan’s grandparents migrated from India to Pakistan. In 1960 his family migrated from Pakistan to England, and Khan’s father (Amanullah Khan) worked as a bus driver while his mother (Sehrun) sewed clothes. Sadiq Khan got his schooling education from Ernest Bevin School. Originally Khan wanted to become a dentist but one of his teacher suggested him to choose the field of Law after seeing of his argumentative nature.  After that for getting higher education he took admission in University of North London where he completed his masters in Law. 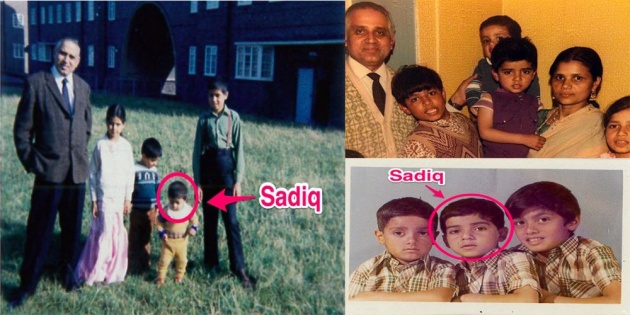 As according to Khan’s

“I WAS SURROUNDED BY MY MUM AND DAD WORKING ALL THE TIME, SO AS SOON AS I COULD GET A JOB, I GOT A JOB. I GOT A PAPER ROUND, A SATURDAY JOB – SOME SUMMERS I LABOURED ON A BUILDING SITE.”

Sadiq Khan completed his masters in Law from University of North London. After getting of his masters’ degree Khan worked a lot for human rights as a lawyer. He was a partner of Human Rights firms named Christian Khan. Before electing as a Member of Parliament for Tooting in 2005, from 1994 to 2006 Sadiq Khan had remained a Councilor for The London Borough of Wandsworth.

In his final year of practicing law his name was selected as one of the county's famous lawyers in 2 different categories of law “In the Chambers” and “Partners directory”.

As a lawyer Sadiq Khan has worked in all major Courts and Tribunals of London like House of Lords, The European Court of Human Rights and Court of Appeal.
Before to being a Member of Parliament, Khan wrote lectured on different major issues and due to pointing out of these issues he soon appeared on media as well. Sadiq Khan also take action against the misconduct of police, unemployment, inquests & crimes, discrimination law, racism etc.
As a lawyer, on number of many occasions Sadiq Khan has given evidence to the Privy Council of the House of Lords and Home Affairs Select Committee. 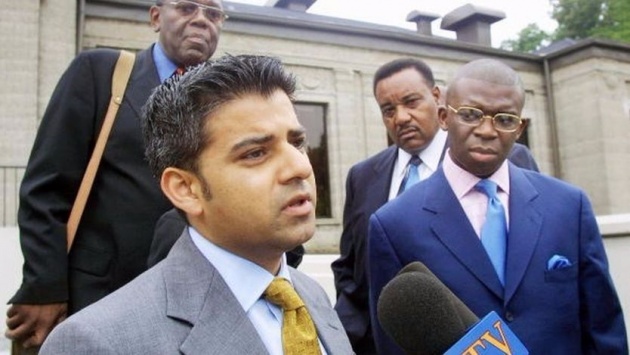 Sadiq Khan has fulfilled his responsibilities as a Chair of Liberty for three years and Vice Chair of Legal Action Group (for a number of years). As a visiting lecturer Khan has given lectures in London Metropolitan University, University of North London, while Sadiq Khan is a former governor of South Thames FE College as well.

Sadiq Khan as a Member of Parliament:

From 2005 to 2007 Sadiq Khan had remained a member of the prestigious Public Accounts Select Committee. The Spectator Magazine Parliamentarian of the Year awards 2005 awarded him as “Newcomer of the Year Award". As a backbench Member of Parliament Khan criticized some of policies of Labour Government related to foreign and counter terrorism as well. In 2007 Sadiq Khan has also fulfilled his responsibilities as Shadow Lord Chancellor and Shadow Secretary of State for Justice. 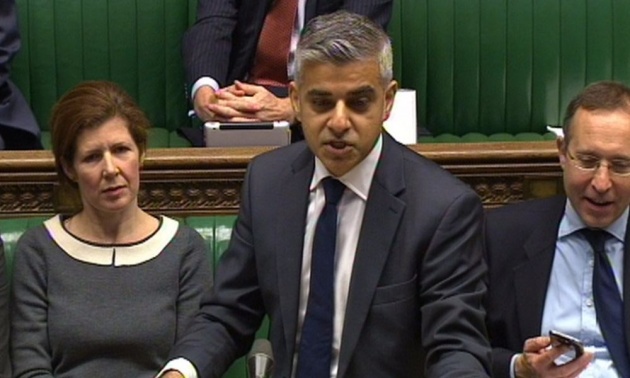 In 2008, Khan was appointed as Minister of State for Communities. Sadiq Khan was also awarded the Muslim News Award for Excellence in 2008. [1] In 2008, Khan wrote a Paperback named “Fairness Not Favours (how to connect with British Muslims), it won Jenny Jeger Award for best Fabian Society publication.[1] 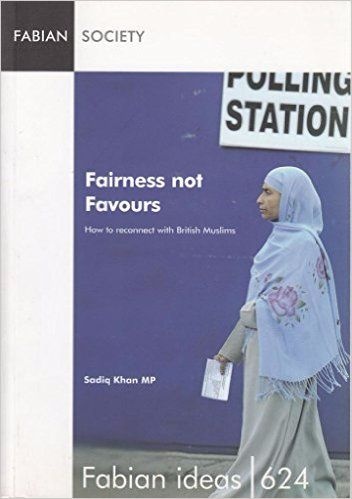 Given below is the link where you can get detailed information about Sadiq Khan's Paperback named "Fairness Not Favours":

Sadiq Khan has also fulfilled his responsibilities as:

Chair of the All Party Group of Citizens Advice Bureau and

From 2009 to 2010 Khan performed his responsibilities as a Minister of State for Transport. Sadiq Khan’s areas of responsibility were:

Affiliation with European transport networks and 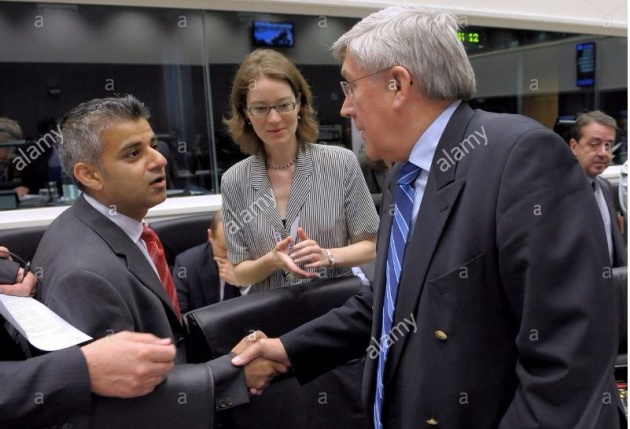 From 2008 to 2009 Sadiq Khan had remained Parliamentary Under Secretary of State in the Department for Local Government & Communities as well. He had special responsibility for:

The valuation & tribunal services and

In 2009 Sadiq Khan had been Minister in the Government Whip’s Office, here Khan’s area of responsibility was managing Ministry of Justice legislation. Before this Sadiq Khan had remained Parliamentary Private Secretary to Rt Hon Jack Straw Member of Parliament.

This contains these issues:

Other Achievements and Awards:

In 2009, Sadiq Khan was awarded "Jenny Jeger Award" for his best Paperback named "Fairness not Favours. In 2010, Sadiq Khan was nominated first Mosaic Ambassadors. Sadiq Khan also is an active member of the Lords & Commons Cricket club and the United Kingdom Parliamentary Football Club. In 2012, Sadiq Khan was awarded "Achievement & Inspiration Award" (by Federation of Student Islamic Societies). Khan has also fulfilled his responsibilities as a mentor of Operation Black Vote & Uprising Leadership Program. In 2015 he was awarded "MP of the Year 2015" by Mosaic. [2] In 2016, recently Sadiq Khan has succeed to win "Politician of the Year Award" [2].

Sadiq Khan is Receiving MP of the Year Award 2015 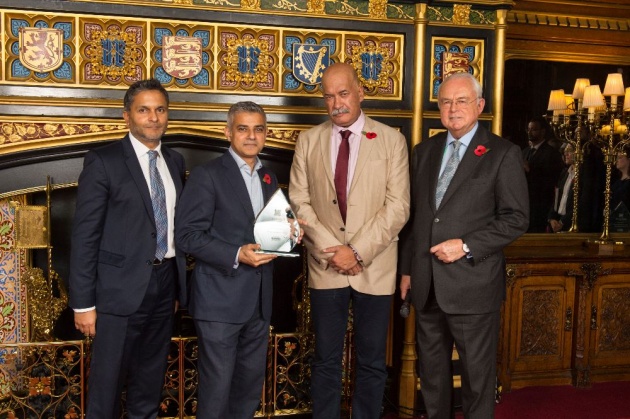 Sadiq Khan is a socially moderate liberal Muslim (Sunni Muslim). In 1994 Sadiq Khan married with Saadiya Ahmed (she is a fellow solicitor of Khan). Khan and Saadiya Ahmed have two beautiful daughters named Anisah (born in 1999) and Ammarah (born in 2001). 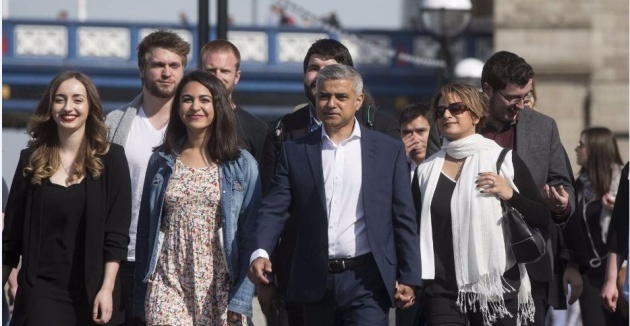 Thanks for sparing time in reading My 25th attempt for my virtual home "BitLanders".... Stay Connected for more articles.....  ツ