The Origin of Tea: A Brief History (Part 2) 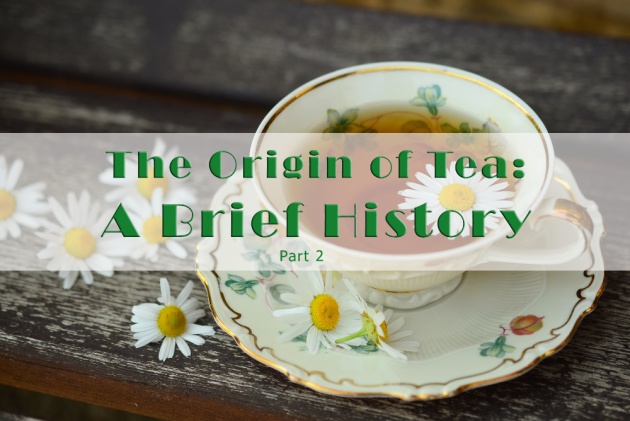 Okay. As promised, here is the second of my blog about the origin of tea. If I took you on a journey through East Asia on my last blog post, this time we're going West. Let's explore how tea took Europe by storm, shall we? 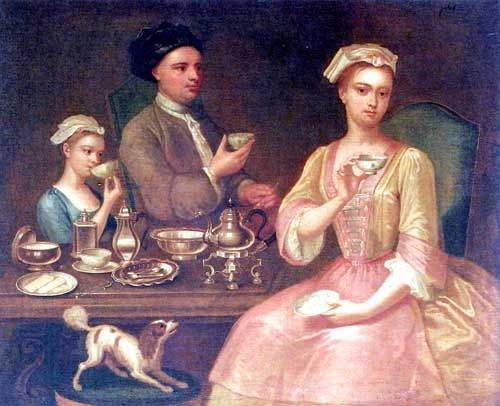 Tea has gained popularity real quick in East Asia. Europe, on the other hand, took longer to recognize this divine concoction. There were brief mentions of tea as a drink among Europeans but not as widespread--at least not yet. The first Europeans to be exposed to the budding tea traditions in the East are traders, missionaries, and explorers--mostly Portuguese--who traveled back and forth between Europe and the Orient. However, it was the Dutch was the first to ship tea as a commercial import when they started to encroach on the trading routes of the Portuguese in the East throughout the end of the 16th century. They were able to establish a trading post on the island of Java--and it was on this island that they were able to successfully ship their first consignment of tea from China to Holland in the year 1606. Following this, tea soon became a fashionable beverage in Holland. The other countries in continental western Europe soon caught up with the budding popularity of tea. However, the wealthy are the only ones who can afford its steep price.

The Start of a Beautiful Love Affair with the English 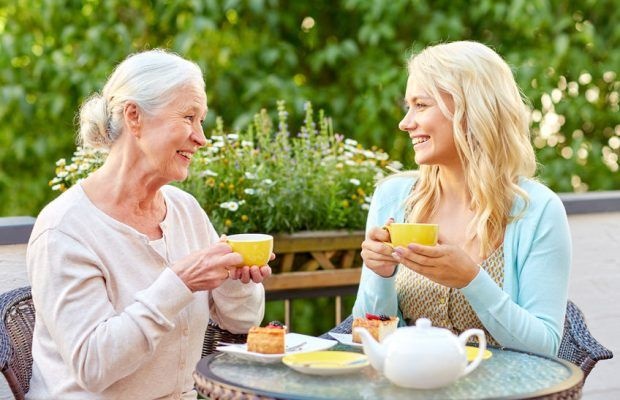 Tea may be the quintessential drink of the English now but it wasn't always like that. In fact, they didn't warm up to tea immediately as they favored coffee more, especially the mean who frequent coffee houses. It was actually the women who first caught on the tea fad as they perceived it as a genteel drink. However, even then, it still wasn't gaining that much attention--until the first tea shop, run by Thomas Garraway, opened in England. The tea sold in this shop was imported by the Dutch--it also helped boost the popularity of tea in London's cafes and coffee houses. 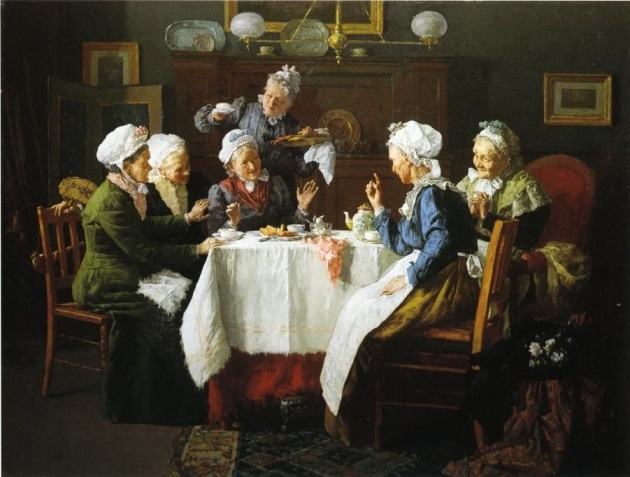 Tea became even more popular when Catherine of Braganza, a Portuguese royal and a certified tea lover, married Charles II. She was also the one to introduce the concept of tea time to the court. From then on, tea has gained quite a name for itself--so it wasn't surprising when another company started competing with the Dutch when it comes to importing tea. The British East India Trade Company was able to establish a foothold in the East by acquiring a tea factory in Macao--and this where the story gets juicier.

The British East India Company: Tea Monopoly at its Finest

The British East India Company ("The Company") has successfully seized the coveted position of having the dominant trading power by the early 1700s. From there on out, they would go on to control the tea trade with China. They would also establish trading stations in key strategic areas in India, such as Bombay, Bengal, and Madras. The Company does not just import tea, they are also sanctioned to act as an imperial arm of England where they could exercise significant political power to help the British Empire to grow more in wealth and power.  Some of their powers included the right to annex land, direct troops, and even dictate British laws.

Having such power, it wasn't long before the British started exploiting the tea trade for profit, as well as political power, for the next century. However, new developments in the world such as the French and Indian wars in 1763 and new American colonies abroad pose a significant threat over the privileged position of the Company. But, that is just some of the Company's many problems. Its biggest problems come from within--financial mismanagement and corruption. The growing tea smuggling operations also contribute to the continuous struggle of the Company. 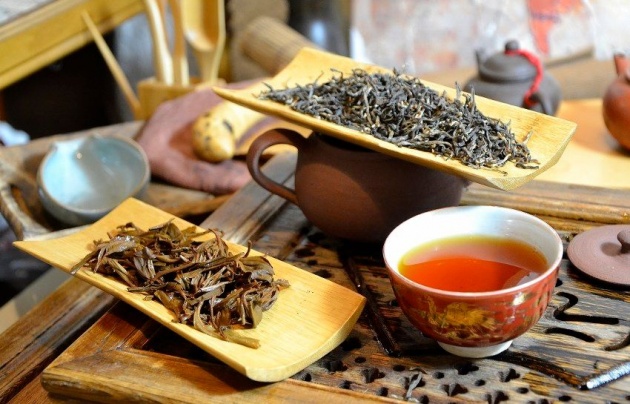 The Company may have dominance over tea trade in western countries but it still needs to import from China which remained the primary source of tea. But, it wasn't long before they started trying to figure out the secrets to growing tea so they would no longer rely on China for tea. In the mid-1800s, the British Tea Committee sent an English botanist named Robert Fortune to go on an undercover mission in China. He was tasked to discover everything he can about growing tea, so he disguised himself as a Chinese merchant.

He traveled around the country and learned all sorts of new farming and processing techniques.

He also sent back tea samples for study and brought with him Chinese tea experts who all played an important role in making tea planting and experimentation in India by the British a resounding success.

Following this success, Robert Bruce, a British Army Major, serendipitously stumbled upon bushes of indigenous tea that are growing in the Northeast region of Assam, India. Of course, the Company didn't let such an opportunity pass. They started to experiment on how to grow these tea plants, as well as the ones growing in Darjeeling, India, right away. Dr. Campbell, one of the Company's employees, tried planting Darjeeling tea seeds in his Beechwood garden in Darjeeling. This experiment was such a success that the British government started developing a large number of tea plantations in the area in 1847. This marked the beginning of a thriving tea industry in India and an end to the dependence on tea grown exclusively in China.

The Boston Tea Party: Putting An End to the Company's Monopoly 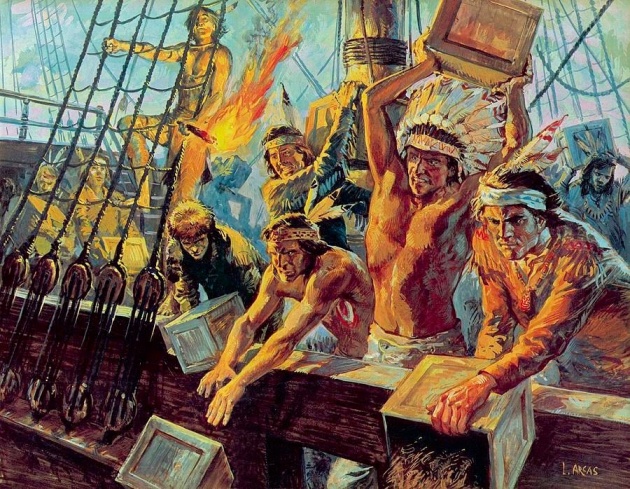 Just like Europe, the Dutch were also the ones who brought tea to America in the mid-1600s. The colony was captured and renamed to New York by England in 1664. During this time, tea trade flourished amongst wealthy colonists and colonial women. This is also about the same time when the Company convinced the English Parliament to implement a Tea Act that imposes heavy taxes on tea in an effort to sustain their financial losses. This allowed them to ship tea directly to the colonists duty-free. Aside from not paying for duty, they profit by excluding the colonial merchants.

Needless to say, this created an intense tension in America's political environment which resulted in a lot of objection and the popularization of the idea of "no taxation without representation" amongst the colonies. The Boston Tea Party saw the pinnacle of these political tensions as colonists dressed as Native Americans and dumped all of the tea inside the Company's trading ships into the water to protest the high taxes imposed by the English.

The Company was further set back by the American Revolution in 1776 but was still able to survive due to its enormous size. However, that wasn't the end of their struggles. The company finally crumbled in 1874 after a certain Richard Twining and thousands of other independent tea merchants came together to organize a campaign that would reveal the Company's corrupt practices--which pressured the English government to end its monopoly on tea trade.

The Start of the American Tea Trade 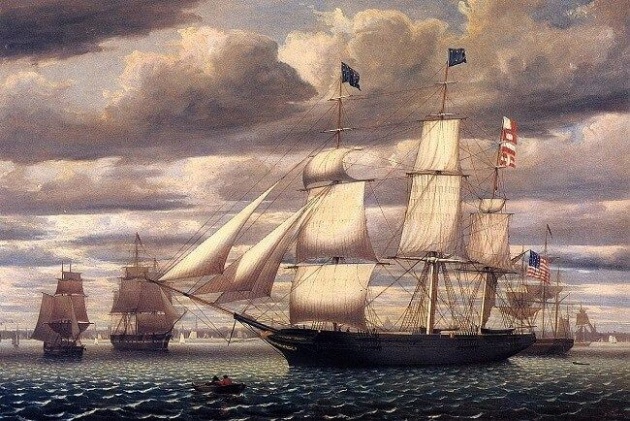 In the wake of the Company's demise and after the Navigation Acts--which dictated that all tea must be shipped from England-- got repealed, American clipper ships started importing tea directly from China somewhere in the 1850s. These sleek and graceful clipper ships quickly became the chosen mode of transporting tea because of their speed. In fact, the Americans and the English used these ships to import the best tea from China and bring it to England for auction.

By the 19th century, tea drinking became such an integral part in the social life of Americans. So, it's not surprising when new tea traditions began to develop as a response to the growing popularity of tea. It was also during this time that new innovations were made to make this beverage more commercially marketable. One of these ingenious innovations was iced tea. Iced tea was discovered by a tea merchant from abroad who wanted to provide visitors with hot tea sample for free at the World's Fair in St. Louis, Missouri in 1904. However, this marketing strategy was not a big hit because of the unusually hot weather. But being a merchant, he needs to think of a way to promote sales. He had this genius idea of adding ice to the tea to make it more refreshing for the weather, so he asked the nearby ice cream vendor for ice. This proved to be a novel idea and so the American iced tea tradition was born.

Did you know that iced tea makes up around 80% of the entire U.S. tea market today?

The invention of tea bags is another ingenious innovation and patents for this have been around since 1903. However, the concept of the first commercial tea bag was often credited to Thomas Sullivan, a tea merchant from New York. The original tea bags were handstitched using silk or muslin bags. 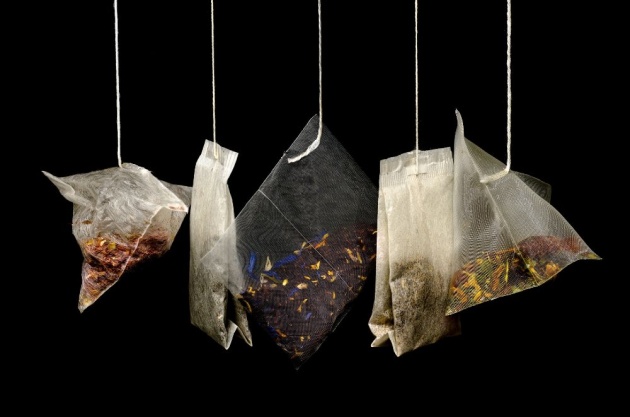 Tea is probably one of the most popular beverages today. If some people can't leave without coffee, may people can't have a proper meal without finishing it with a cup of tea. And, why not? Tea has many health benefits and you will do well by drinking one cup a day.

So there you go, the second and last art of my blog about the history of tea. Didn't I tell you that it's just as fascinating as the origin of coffee? Anyway--before you go--you may want to watch the video below on how to make the perfect cup of tea.